The inhumanity of identity politics

In 2021, we witnessed just how ruthless, racist and anti-human wokeness can be. 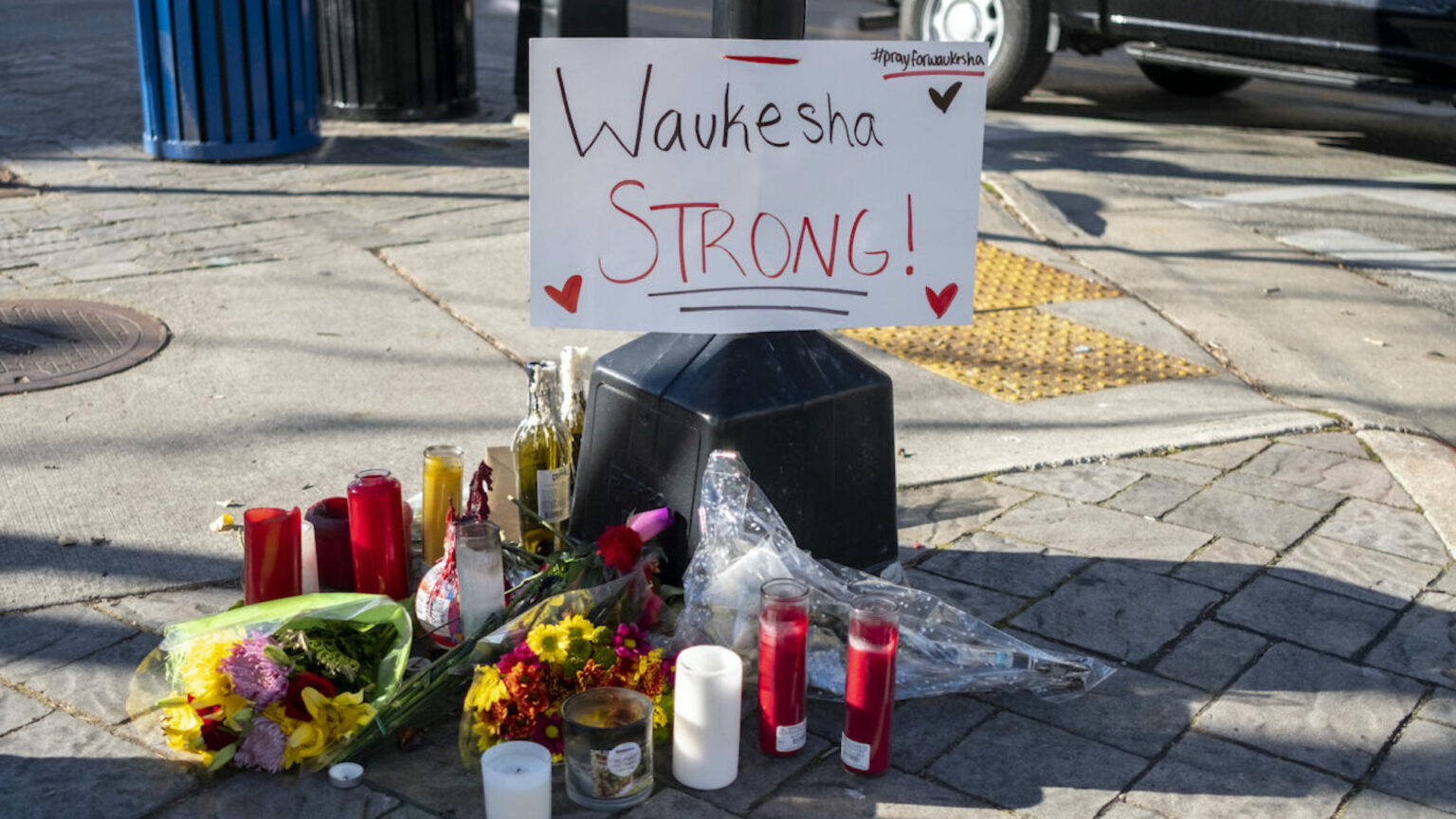 To see how twisted identity politics has become, how morally bereft, just consider this: in 2021, the woke set shed more tears over a convicted child molester who was shot than they did over a much-loved ‘dancing granny’ who was killed by a man wielding his SUV as a weapon.

They wept and tweeted and protested more for Joseph Rosenbaum, the 36-year-old molester of children who was shot by Kyle Rittenhouse in Kenosha in 2020, than they did for Virginia Sorensen, the 79-year-old family woman and member of the Milwaukee Dancing Grannies who was mown down by Darrell E Brooks at the Waukesha Christmas parade in November this year.

And the reason for this disparity in political grief, this chasm-sized contrast between the explosion of concern for Rittenhouse’s victims and the shameful, snivelling silence that greeted the Waukesha atrocity, is as straightforward as it is chilling. It’s because of the identity of the killers.

It’s because Rosenbaum was killed by a white man – by the archetypal Bad White Man, if the feverish media hatred for Rittenhouse is to be believed – while Soresen was killed by a black man. By a member of the woke set’s favourite victim group. By someone who hails from one of the sanctified identities.

Which means Rosenbaum’s death fit the woke narrative, seeming to confirm that any one of us could be a victim of the violent privilege of the white male, and therefore we were encouraged to talk about it, ceaselessly. Whereas Sorensen’s death, and the deaths of five others at that bloodied parade, grated against the woke narrative. It had a black perpetrator and white victims. It didn’t compute. It wasn’t useful. So it was hushed. Nothing to see here. Move on. ‘Waukesha feels abandoned after tragic parade attack’, said the New York Post this month, after four solid weeks of muteness over that horrific event from the normally hyper-virtuous hand-wringers of the celebrity and political sets.

This year, more than any other in recent times, we’ve had an unsettling glimpse of the inhumanity of identity politics. In the US context, the Rittenhouse trial and the Waukesha massacre captured the grim dehumanisation that identity politics has given rise to. Everything is now filtered through the identitarian narrative. Crimes, trials, world events, the moral worth of victims, the moral worth of people – everything.

All must now be bent to the dogmatism of woke. So there was a wild, fact-lite rush to depict Rittenhouse as the modern-day face of whiteness, as the embodiment of the moral deficiencies of this most privileged, ‘problematic’ race. ‘There’s nothing more frightening in America today than an angry white man’, said CNN, no doubt inducing vigorous nods of agreement from those upper-middle-class adherents to elite consensus opinion who 60 years ago would have nodded along just as vigorously if that headline had had the word ‘black’ rather than ‘white’ in it. The media tried to turn the Rittenhouse trial into a trial of whiteness itself, holding up young Kyle as the distillation of evil, ridiculously depicting his white victims as the collateral damage of ‘white supremacy’.

Then, the very same media shrugged a collective shoulder over Waukesha. They conspired in a global forgetting of that outrage. If an event doesn’t conform to the turbo-racialised woke creed that says whiteness is a species of original sin and blackness is the ultimate form of victimhood, then it is subtly, ruthlessly erased. ‘The left was so sympathetic to Kyle Rittenhouse’s victims but they’re not saying a word about the victims here’, said Wisconsin state senator Chris Kapenga about Waukesha. ‘It’s not fitting their narrative’, he continued.

Narrative. Narrative is all in the woke era. Just as old religionists contorted everything to make it fit their precepts, so the influential adherents to the religion of wokeness view the world and everything in it through the haze of their dogmatism that masquerades as social awareness. Even if truth and justice suffer as a result. They genuinely tried (and mercifully failed, thanks to the jury) to bend the trial of Rittenhouse, the law itself, to their literally pre-justice view that whiteness equals guilt. Truth threatened to be erased via their harebrained use of the term ‘white supremacy’ to describe a white man’s use of self-defence against other white men. Their pitiless diminution of the horrors of Waukesha likewise represented an assault on truth, a memory-holing of ‘inconvenient’ events.

In 2021, identity politics fully conquered the Anglo-American world. A middle school in Massachusetts hosted racially segregated discussion groups on the Rittenhouse verdict, so entrenched is the toxic woke idea that whiteness and blackness, people, are enemy forces. Racial victimhood became such a prized asset that some were literally willing to beat themselves up in order to attain it. The Jussie Smollett case – he was found guilty of bullshitting about the racial, homophobic MAGA attack he says he suffered in Chicago in 2019 – confirmed just what a coveted prize ‘hate victim’ has become in this era that organises and judges human beings according to their privilege (ie, their wickedness) or their victimhood (ie, their decency). Smollett-style self-victimisation is the logical conclusion of a society that perversely privileges oppression. This is the new racial privilege; doors open to those who can pass as casualties of the scourge of whiteness.

It wasn’t just the US. In the UK, too, identitarianism increasingly shapes everything. So this year the woke British media talked more about the alleged sexual harassment of a couple of privileged politicos than they did about further revelations of the sexual debasement of white working-class girls by grooming gangs of largely Muslim descent. Wrong kind of perpetrator and wrong kind of victim in those cases. Again, these things don’t compute. They don’t fit. Move on.

Attacks on Jews in the UK, which escalated terrifyingly during the Israel-Gaza tensions in May, were also not accorded the same import as other forms of racial victimisation. From the vile scum on Finchley Road who called for the rape of Jewish women to the gang that did Nazi salutes and spat at a bus of Jewish youth during Hannukah, these deeply serious acts of racial hatred tended to be swiftly glossed over. Again, they don’t fit in the identitarian narrative. People of Muslim appearance (oppressed) attacking people of Jewish heritage (privileged)? The woke hierarchy of moral worth is incapable of containing such contradictions. So they forget about it. Did it even happen?

And it isn’t just race. The gender ideology, too, speaks to the poisonous nature of the identitarian rankings system. Who can forget the Wi Spa scandal, when even supposedly feministic publications like the Guardian wilfully cast aspersions on the women who reported being flashed at in that LA spa by an aroused male claiming to be a woman? Clearly, female-identifying blokes rank higher up the woke hierarchy than mere women. The increasingly heroic JK Rowling even got into trouble this year for daring to criticise… rapists. Her criticism of Police Scotland for suggesting that rapes committed by people with penises might be logged as rapes committed by women if the perp identifies as a woman was met with misogynistic fury from the woke. In the warped world of wokeness, the feelings of rapists trump the safety and rights of womankind.

None of this is accidental. It is the inexorable, depressing endpoint of a politics that deprives us of our individualism, of our humanity, and which instead accords us goodness or brands us as bigoted depending on our skin colour, our sex, our accident of birth, or our beliefs. The ruthless reorganisation of humankind into the neo-racialist boxes of ‘privileged’ and ‘oppressed’ has stoked division, inflamed hatred, generated violent sentiment, and undercut the old liberal ideals of equality and fairness. Standing up to identitarianism will be one of the most important causes of 2022.