They’re laughing at us

The fallout from the Downing Street Christmas party has exposed the government’s contempt for the public. 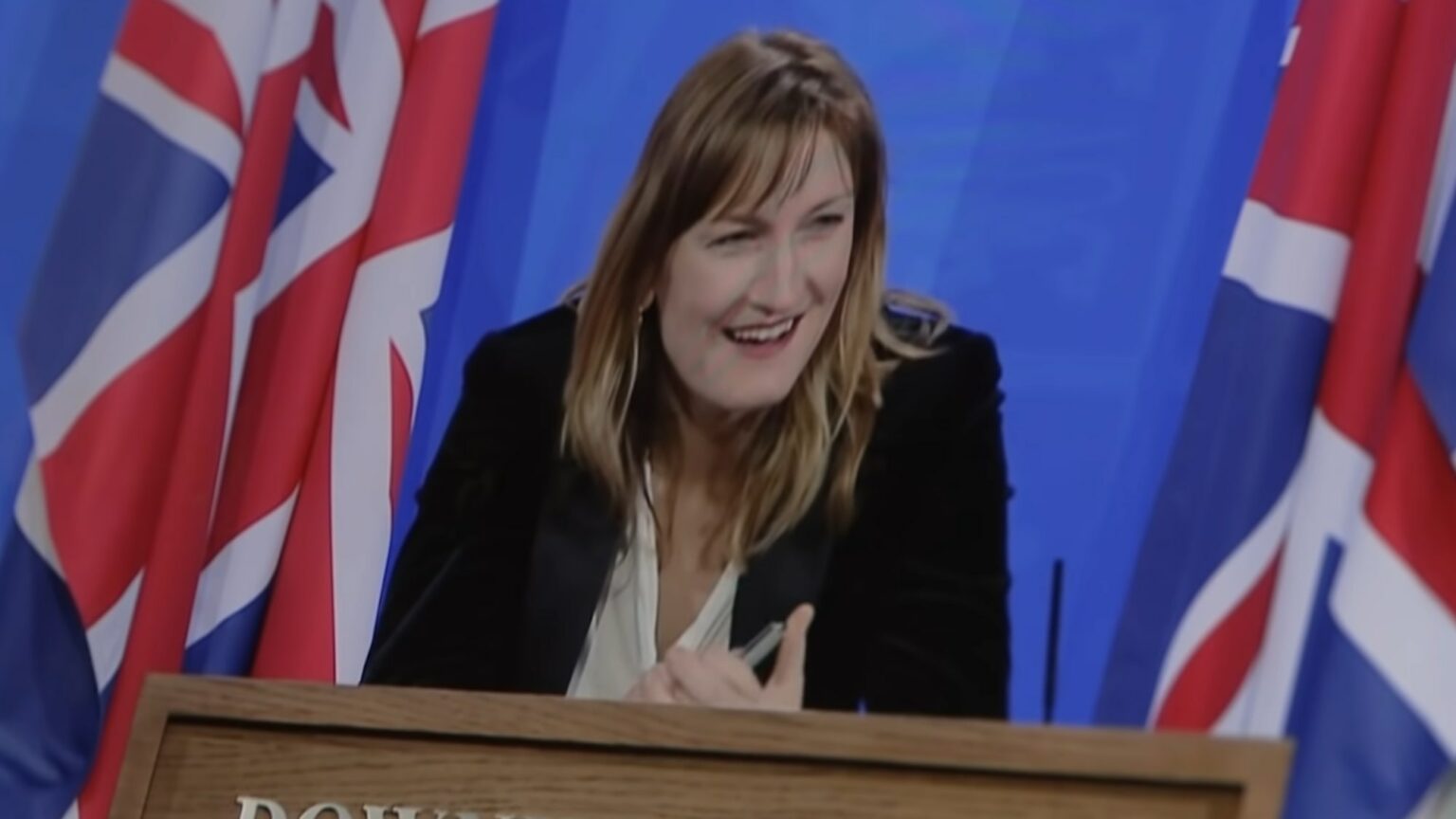 They’re laughing at us. Literally. The PM’s former spokeswoman, Allegra Stratton, has been caught red-handed and red-faced on camera, joking about how best to deceive the public about the alleged Christmas party in Downing Street last year.

Perhaps they could call it a ‘business meeting’, she muses in the now infamous video leaked to ITV, filmed just days after the denied gathering took place. Another Downing Street aide offers: ‘It wasn’t a party, it was cheese and wine.’ ‘This is recorded’, Stratton reminds the room, before laughing again. Oh, how they laugh.

They were laughing at us before the leaked video emerged, of course. Since the Mirror broke the story last week, of some 40 to 50 people gathering, cheek-by-jowl, in Downing Street in defiance of the Covid rules, No10 has trotted out a series of evasions and denials. The Downing Street line has wavered variously between ‘there was no Christmas party’ and if there was one ‘all the guidance was followed’. They must really have been having a laugh if they expected us to swallow this. Boris Johnson has today apologised ‘unreservedly’ for the video, claiming that it made him ‘furious’. Sure.

At the time of the Downing Street party on 18 December, the law banned all indoor gatherings of two or more people. And though exceptions could be made for business meetings, the government’s guidance made clear that it was forbidden to hold a work Christmas party. While it is true that the Covid regulations were so fiendishly complex that at times even the authorities struggled to understand them, the no-Christmas-party rule was helpfully shared by the government’s Twitter account on the day before the Downing Street gathering.

Should it surprise us that top government aides broke the Covid rules? Not especially. It is, after all, only the latest in a long line of scandals over Covid rule-breaches. Politicians, scientists and advisers the world over have repeatedly been caught flouting the very rules they helped draw up or enforce, ever since the first lockdowns in spring 2020.

In truth, our leaders have only ever performed adherence to the rules. They like to be photographed and filmed in their masks at a social distance, at stage-managed press conferences and photo-ops. But they are constantly being caught looking relaxed, unmasked and normal when they think the camera is not looking.

But while the Covid rituals are just for display for many at the top, ordinary people have been hit with the punishing fist of the state for breaches of the rules. A day before Downing Street’s Christmas party, police broke up a wedding of 40 or so people in Barking. The Met Police are currently prosecuting a gathering in Ilford held on the exact same day as the Downing Street bash. The fine for larger gatherings was, at this point, a life-ruining £10,000.

The hypocrisy isn’t the main issue here. It’s that the very basis of much of these rules is a contempt for the public. Apparently ordinary people cannot be trusted to use their own judgment. They cannot be given public-health advice. They must be ordered, under criminal penalty, to do as the government says. It never seemed to matter much that public compliance was consistently far higher than the government had ever expected. The guiding assumption throughout the pandemic has been that without government coercion, people would never resist the temptation to infect each other.

Even when we were not under full lockdown, the state tried to micromanage every social interaction – from late-night curfews to the ‘scotch-egg rule’; from bans on singing and casual sex to rules on where you can sit and stand. There was no area of life too important or trivial to escape the health minister’s glare. This was, as Court of Appeal judge Lord Justice Hickinbottom put it, ‘possibly the most restrictive regime on the public life of persons and businesses ever’.

Reams of regulation and law were decided without any public input or even scrutiny from parliament. The state of exception that tore apart families and friends and communities was something we were just expected to tolerate without question. We were told to put up and shut up.

Any authority the government may have once had to tell us what to do, to tell us who we can meet and where, has surely evaporated now. We know that they know never-ending restrictions cannot be adhered to. They won’t be laughing for much longer.