The twilight of the German establishment

Merkel’s CDU has been humiliated. But the SPD is hardly riding high. 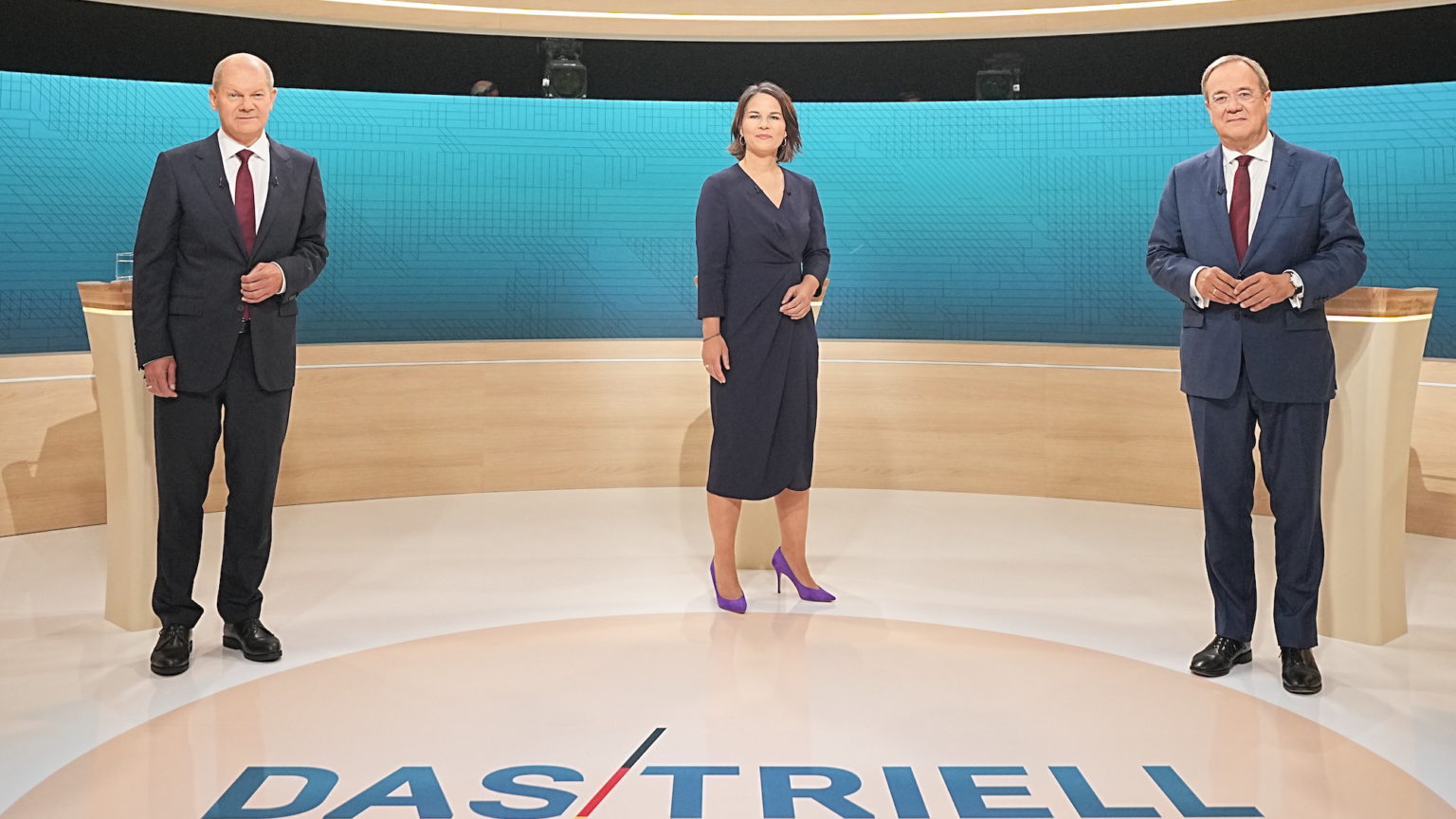 Yesterday’s federal elections have confirmed the unravelling of politics in Germany as we once knew it. The era when one of the big postwar parties could win a clear and stable majority in a national election is over.

Yes, the Social Democrats (SPD) and their candidate, Olaf Scholz, have come out on top – but with only 25.7 per cent of the vote. Should Scholz become chancellor he will be the leader with the lowest approval ratings in modern German history.

While there is no big winner, there is certainly a clear loser: Angela Merkel’s Christian Democratic Union (CDU). It is down a huge eight percentage points on its performance in the 2017 elections – and even then Merkel’s 32.9 per cent was the worst result for a sitting chancellor since 1949. Now, this once proud party has sunk to its nadir, with its candidate, Armin Laschet, receiving a mere 24.1 per cent of the vote.

Scholz has now claimed the chancellorship – and he should indeed have first dibs on forming a coalition. But any talk of a miraculous ‘resurrection’ of the SPD is nonsense. In the spring, it was polling at just 15 per cent. So while the party has performed above expectations, those expectations were frightfully low. Nothing has really changed within the SPD since then – except that its main opponent, the CDU, is now in an even worse state.

A post-election poll has revealed that nearly half of all SPD voters only voted for the party because of its candidate, Olaf Scholz. A majority said they were unconvinced by the SPD’s manifesto, which was based around the empty slogan of ‘respect for you’. Scholz won because he was seen as the lesser evil to Laschet.

A change of government can be a very good thing. But it’s not clear that the government will be changing much here. The SPD was already part of the most recent coalition, and Olaf Scholz was its vice-chancellor and finance minister. His campaign was based more on the promise of continuity than change.

And what of the SPD itself? It remains deeply divided, with one very strong faction pushing identity politics. Unlike the CDU, the SPD restricted the in-fighting during its campaign and struck a unified pose behind Scholz. But that unity is unlikely to last.

The CDU was beset by internal conflicts and power struggles throughout the campaign. So arrogant were parts of its leadership that they believed none of this mattered. They thought voters would stick with the CDU out of habit, or because the alternatives seemed even worse.

Since no one was paying much attention to the SPD for much of the campaign, the Green Party was for a while considered the only serious competition to the CDU. Yet, as the election result showed, most voters do not want a Green chancellor. As recently as the spring, the Greens were being hailed by countless commentators as a beacon of hope. For a while, their candidate for the chancellorship, Annalena Baerbock, was even presented as Merkel’s most likely successor. Although the Green Party did increase its vote share, it still only achieved 14.8 per cent – putting it in third place, far behind the hapless CDU. And this despite this summer’s disastrous floods and wall-to-wall media coverage of the so-called climate emergency.

Nonetheless, because of the poor performance of the other parties, the Greens will now likely be part of a coalition government and will have a say on the next chancellor. Despite the Greens’ relatively weak showing, they still claim the election was a ‘climate election’. So, even though the majority of voters have rejected the Greens, Germany will undoubtedly continue to be shaped by green politics.

The Greens’ potential presence in a coalition tells us something – namely, that Germany is divided. For the first time in German history, there will probably be a federal government consisting of three parties, rather than two. Even though he has lost the election, the CDU’s Armin Laschet wants to try to form a coalition in his favour. Who becomes chancellor – Scholz or Laschet – will therefore be determined by the Greens and the Liberals (FDP).

It is good that the era of the grand coalition between the SPD and the CDU, under the leadership of Angela Merkel, is finally over. How stable the new government will be, however, remains to be seen.

The new chancellor is likely to be in a very weak position. Neither Scholz nor Laschet can count on the backing of their own parties. The SPD may have supported Scholz in this election, but that was mainly for tactical reasons. Only a few months ago it refused to elect him as party leader. In some interviews, the SPD leadership even claimed Scholz is not a ‘real social democrat’. It is surely only a matter of time before the rifts within the party become apparent once again.

No party has emerged from the elections in a strong position. This is rammed home when one takes into account the turnout of 76.6 per cent. So, as a percentage of the total electorate, Scholz, the man who asserted on Sunday that Germans ‘wanted a chancellor called Olaf Scholz’, has been elected by only 19.6 per cent of those eligible to vote.

While the main parties struggled, the smaller ones did quite well. The right-wing Alternative for Germany party only picked up 10.3 per cent of the vote, but this does show it has established itself as a party-political fixture. And at almost nine per cent, the percentage of voters who chose one of the smaller parties is particularly high. None of these new protest parties has got into the Bundestag this time. But who knows what the future holds.

The unravelling of the establishment parties continues apace. And that at least opens up some new opportunities for change.