Green policies will do nothing to protect us from natural disasters. 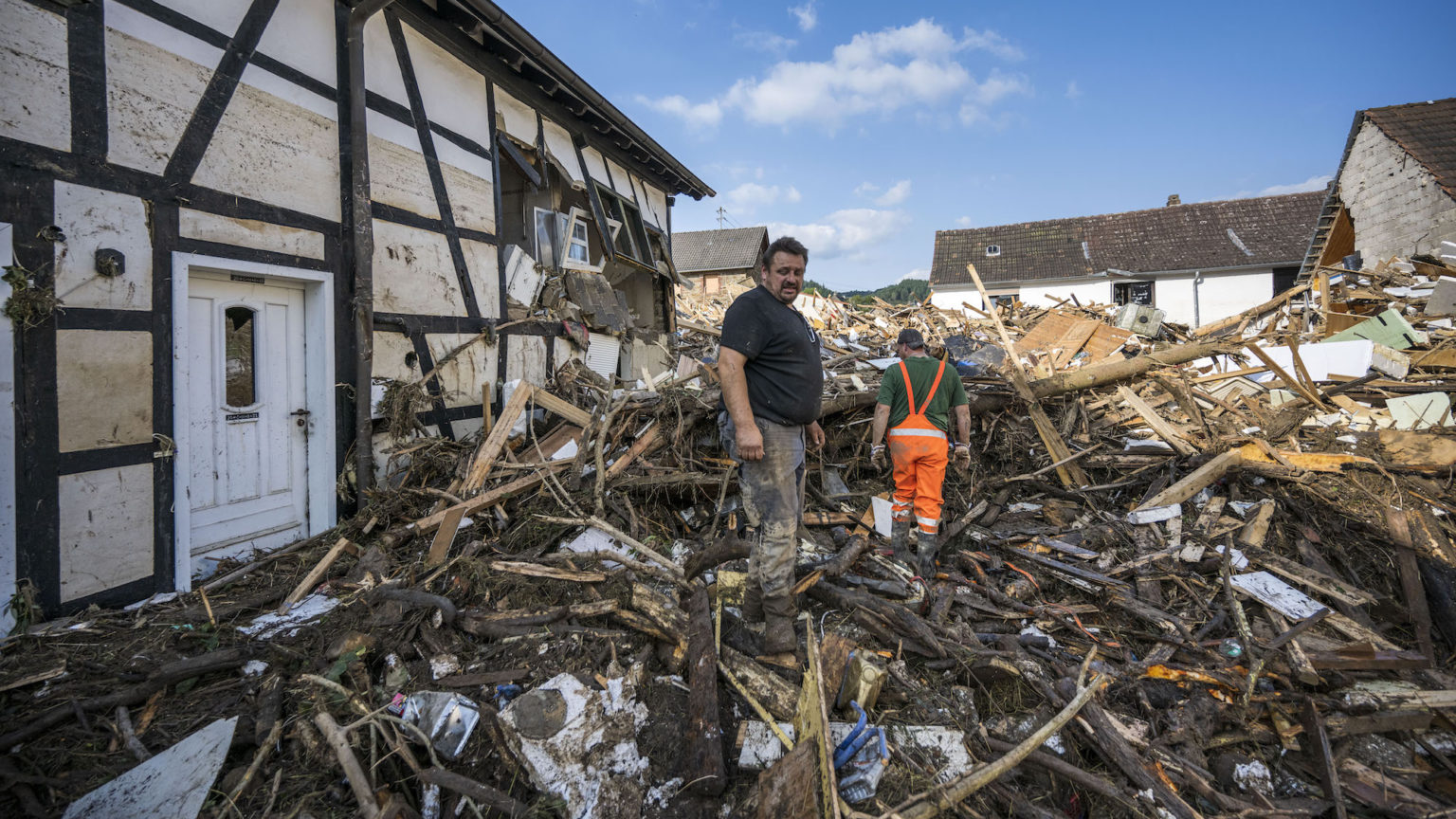 Over 130 dead, hundreds injured and numerous houses, roads and bridges destroyed – that is the terrible result of last week’s flooding in parts of western Germany.

Even before the dead have been properly counted and their bodies recovered, activists, journalists and politicians have seized on the flooding for political ends. ‘The issues at stake could hardly be greater: the climate crisis – and the question of how humanity can keep the planet habitable – demands answers’, writes a group of journalists in Der Spiegel. The day of the disaster, they hope, could be a turning point in September’s federal elections – a day in which ‘nature rendered any kind of campaign planning worthless’. But there are many reasons to question this simplistic narrative.

The attempt to interpret this disaster entirely through the lens of climate change has led to a lot of overheated claims. Many are referring to the flooding as ‘the flooding of the century’ (‘Jahrhundertflut’). Some media outlets, like the Observer in the UK, have promoted the false claim that these have been ‘Germany’s worst floods in 200 years’.

But Germany has always had problems with severe flooding. The last time the media spoke of a ‘Jahrhundertflut’ was in 2002, when the river Elbe flooded. At least 45 people died as houses and streets collapsed under the weight of the water.

One of the worst affected areas in the current floods has been Cologne and its surroundings. There is a history of severe flooding here. In 1995, the Rhine reached a height of 10.69 metres – over two metres higher than the current floods – and 33,000 people were affected.

The greatest flood disaster in modern Germany was the storm surge of 1962 in Hamburg. Back then, 315 people died and over 50,000 were trapped for hours, waiting for rescue teams during a cold February night.

It is an all-too-human impulse to try to find reasons and attribute blame for natural disasters. As Frank Furedi has argued on spiked, the way we try to make sense of disasters depends on the prevailing beliefs of our time. Over the centuries we have gone from talking about acts of God and acts of nature to acts of man.

It is true, as meteorologist Sven Titz explains, that an unusually large amount of rain fell during a very short period last week (at times, more than 200 litres per square metre within 24 hours). But this was by no means the first time this had happened in central Europe, and global warming alone cannot explain the full extent of the disaster, he says. The topography of the Ahr valley in the Rhenish Slate Uplands, where most of the damage occured, also contributed to the catastrophe. If anything, the best that can be said for now is that there was an unfortunate interplay between the extreme weather, a warmer climate and the area’s topography.

The worst thing about singling out climate change is that it leads to demands for regressive and authoritarian policies. Those who hope that Germany’s Green Party will benefit from the disaster believe that bans on short-haul flights or on petrol cars are the solution. Climate activists have always called for these kinds of measures, and they already have support from all the mainstream parties.

In truth, Germany’s climate policies – the decommissioning of nuclear power plants, the construction of wind farms, and subsidies for electric cars – have already come at a very high price. Generating electricity through renewable energy sources has added €25 billion per year to electricity bills, which are now among the highest in Europe. And for what? The move away from nuclear in the Energiewende (energy transition) means that Germany is actually reducing CO2 emissions at a much slower rate than other leading economies.

If anything, last week’s disaster should encourage us to drop these ineffective climate policies and instead invest urgently in flood defences and other protective infrastructure. The flooding revealed serious weaknesses in a number of dams, for instance. Several lives were lost after dams burst in two towns in North-Rhein Westphalia – in Erftstadt and Wassenburg. And over 4,000 people had to be evacuated after the spillway of the Steinbachtalsperre – a dam built in the 1930s, and last refurbished in 1989 – could not hold back the water. Blaming climate change rather than these infrastructure problems lets the politicians responsible off the hook.

After the storm surge in Hamburg in 1962, no one sought to blame the public for damaging the planet, and no one called for further restrictions on living standards. Instead, the response was a massive expansion of flood defences. In the years and months that followed, dikes were raised and reinforced. The SPD’s Helmut Schmidt, who at the time was the interior minister in the Hamburg state government, took decisive charge of the rescue operations. He emerged from the drama as a hero. His reputation as a crisis manager led to his election as chancellor of West Germany.

Politicians today, in contrast, are essentially arguing that disasters like this are inevitable without drastic changes to our lifestyles. We can only hope that voters will not willingly go along with this view.