The worst Olympics are the greatest Games on Earth

Five reasons to give the Rio Games a chance of glory. 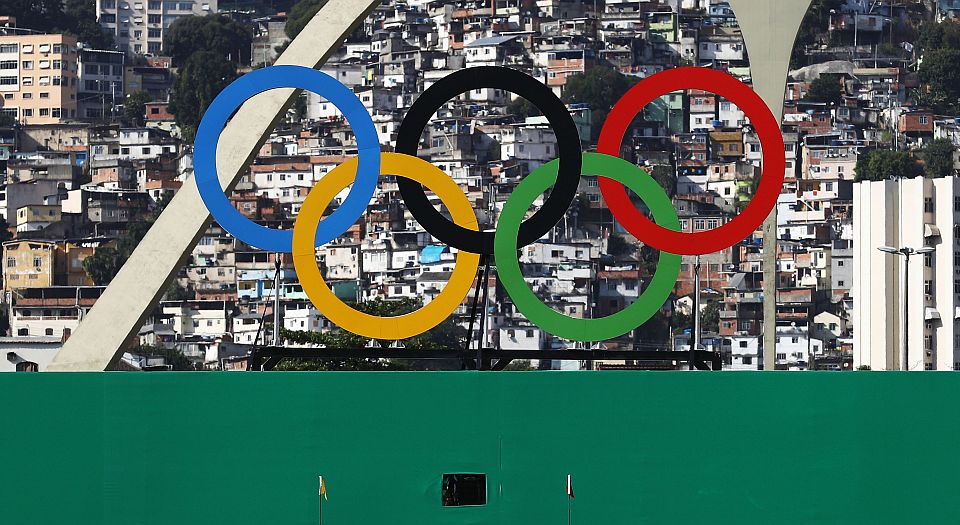 To judge by the commentary, Rio 2016 is a gold medal contender for ‘the worst-ever Olympics’. Crime and corruption, drugs and disease, political chicanery and pollution – it appears that the Rio Games have got the lot. It might seem enough to make the most ardent TV sports fan as cynical about these Olympics as the jaundice-eyed journalists and pundits who are reporting from Rio as if it was a cross between a war zone and the epicentre of an earthquake.

Just before everybody turns off their televisions in disgust and turns to an alternative pursuit of glory via Pokemon Go, here are five quick things to remember about why the Olympics are still a winner.

1) The Games are the thing

Every modern Olympics Games have been preceded by scandals about corruption, incompetence and over-spending. As a developing nation with deep-seated economic and political problems, Brazil has inevitably attracted more than its share of criticism. It is worth recalling, however, that even the London Olympics of 2012, now hailed by many as the best-ever, were surrounded by clouds of doom-mongering about everything from ticket prices to terrorism and traffic jams before the opening ceremony.

What ultimately made London such a success was not actually the fake spectacle of the Queen jumping out of a helicopter with James Bond above the Olympic stadium. It was the real sporting spectacle of the world’s greatest athletes jumping, running and throwing inside the stadium, bringing to life the Latin motto of the Olympics ‘Citius, Altius, Fortius’ – ‘Faster, Higher, Stronger’.

That motto was proposed by the founder of the modern Olympics, Pierre de Coubertin (he is said to have ‘borrowed’ it from an athletics-loving priest), who declared that ‘These three words represent a programme of moral beauty. The aesthetics of sport are intangible.’

The ‘moral beauty’ and ‘intangible aesthetics’ of top-level athletics have always managed to blow away the clouds of doom and the moralistic cultural crap surrounding the Olympics. Let us hope that Rio maintains that record.

2) It wouldn’t be the Olympics without the politics

There are familiar complaints about how these Olympics are being tarnished by political games, notably around the scandal over Russia’s alleged programme of state-sponsored doping and the decision not to ban all of its competitors from Rio.

But we should not imagine there has ever been a ‘pure’ Olympics free from political intrigue – or that the Games would be the same without it.

From its inception in 1896, the modern Olympics were a political battlefield. Baron de Coubertin did not want to revive the ancient Games for purely ‘aesthetic’ reasons. He was a French aristocrat who, having grown up in the shadow of humiliating defeat in the Franco-Prussian war of 1870-71, hoped to use the games to imbue a competitive martial spirit in a new officer class, following the Duke of Wellington’s line about the battle of Waterloo being won on ‘the playing fields of Eton’.

Great-power politics have run through the modern Olympics, from the age of empire, through the run-up to the Second World War, to the Cold War. Why should our unstable modern world be any exception?

In fact, many of the most memorable Olympic moments have been extraordinary sporting feats achieved in an extreme political context: think of Jesse Owens winning four gold medals in the ‘Nazi Olympics’ in Berlin, 1936 – and then protesting that he had been snubbed, not by Adolf Hitler, but by US president Franklin D Roosevelt; or barefoot Ethiopian Abebe Bikila becoming the first east African to win an Olympic gold in the 1960 marathon – finishing under Rome’s arch of the Emperor Constantine, 25 years after his father fought against the Italian fascists who invaded Ethiopia (then Abyssinia) to create Mussolini’s new Roman empire.

Then there’s Americans Tommie Smith and John Carlos giving the gloved ‘black power’ salute on the podium after winning gold and bronze in the 200 metres in Mexico in 1968, against the background of the civil-rights struggle and race riots back home. And let’s not forget the violent ‘Blood in the Water’ match in Melbourne, 1956, when Hungary beat (and beat up) the Soviet Union in the water-polo pool after Soviet tanks had crushed the Hungarian Revolution.

These and many other politically charged and exploited events might seem to go against the mythical ‘Olympic Spirit’. Yet they stand out in history because of the sporting excellence that made them possible. In order to wear that black glove atop the podium and shake up the world, Tommie Smith first had to break the world record for 200 metres.

(It’s notable, too, how those who complain about old-fashioned politics polluting the Olympics seemed happy to have the new political orthodoxy of climate change and carbon emissions shoved down the world’s throat in the Rio opening ceremony. If there is a place to celebrate rather than condemn the ‘human footprint’, it is surely an Olympic athletics stadium.)

3) Anti-doping hysteria is a bigger danger than drugs

Media cynics have been having a field day with the drug scandals surrounding Rio, suggesting that the revelations about Russia’s doping programme and the presence of other proven ‘drug cheats’ have ruined the sporting spectacle.

If anything is more likely to destroy public faith in the Olympics, however, it is the anti-doping hysteria, which casts such a dark cloud over moments of brilliance.

As we have argued before on spiked, a heavy dose of politicised double standards has been injected into the row about Russian competitors and drugs. Nobody who is not under the influence could suggest that doping is unique to Russia. Nor is Russia alone in being accused of an official cover-up of doping by its athletes. We might recall how the American athletics establishment covered up more than a hundred positive tests on top athletes between 1988 and 2000 – and then denied doing so until the evidence was overwhelming. One of those let off the hook was sprinter Carl Lewis, the multiple Olympic gold medallist depicted as the champion of fair play against the convicted drug cheat Ben Johnson. In fact, Lewis failed three US drug tests in the run-up to that infamous 100 metres race at the 1988 Olympics. He later insisted that it was not unfair that he was allowed to compete because ‘there were hundreds of people getting off. Everyone was treated the same.’ Except, it seems, the Russians.

Alongside the political double standards, there is an Olympian loss of perspective in the drugs panic. Top athletes have been looking for anything to give them the edge ever since organised sport began. The 1904 Olympic marathon in St Louis was won by the British-born American competitor Thomas Hicks, who was fuelled by a mixture of brandy and strychnine sulphate (rat poison). (The gold medal had almost been awarded to another US runner who crossed the line first, but it was decided that his tactic of hitching a lift in a passing car went a bit too far.)

From training methods to running shoes and supplements, athletes will try anything to gain that vital fraction of a second. Seen in this context, the current drugs controversy looks less like a crime against humanity or sport. As Oxford professor Julian Savulescu, editor of the Journal of Medical Ethics, told spiked’s Tim Black three years ago: ‘Performance-enhancing drugs, from testosterone to EPO, are really just natural substances that are present in the body. [Taking them is] just modifying physiology and it would be crazy to set limits to it. Testosterone just helps you recover from training or injury. It’s not removing the human element in the way that giving athletes bionic limbs would.’

Savulescu concluded that ‘anti-doping puritanism’ is what really risks ‘killing sport’ today. We should relax and enjoy the Olympics, possibly with a perspective-enhancing drink, safe in the knowledge that drugs are not magic beans and nobody has invented a pill that could turn no-hopers like us into Olympians.

Although I still hope that Usain Bolt beats dope veteran Justin Gatlin in the 100 metres, of course…

4) The real games have not even begun yet

The cynicism and lack of excitement about Rio so far is only enhanced by some of the fringe and, frankly, ridiculous games that clog up the opening days of the Olympics.

There have been horrified reports of empty seats for events such as the women’s beach volleyball (as if anybody needs to pay to see bikinis on Copacabana beach) and the, er, rugby sevens. The Ancient Greeks must be spinning in their tombs at the notion of such nonsense being passed off as Olympic sport in the first place.

For some of us lifelong Olympics-watchers, the real games do not begin until the athletics events on track and field start in the stadium proper. This is about more than a sense of history or tradition. It is because, unlike yachting or dressage, these events involve ordinary human abilities performed at an extraordinary level. It is the fact that most of us have attempted to run 100 metres that makes Bolt’s ability to do it in 9.58 seconds so breathtaking.

Bring on the athletics, let the real games begin, and let the devil take the hindmost while the critics and cynics disappear up their own behinds.

The speculation about whether Rio might turn out to be the worst-ever Olympics (a title awarded in the face of stiff competition, some might say), reminds me of the old line about how the worst sex you ever had was still better than anything else.

The sport at the beating heart of the Olympic Games remains, as it has long been called, ‘the Greatest Show on Earth’. It may not, for some of us at least, invoke quite the same partisan passions as football’s World Cup. But, then again, unlike the World Cup, there is no such thing as a bad or boring final in the Olympics athletics.