What Matt Hancock should have been sacked for

Care-home deaths, an NHS in tatters and neverending lockdown are more serious than breaking the rules. 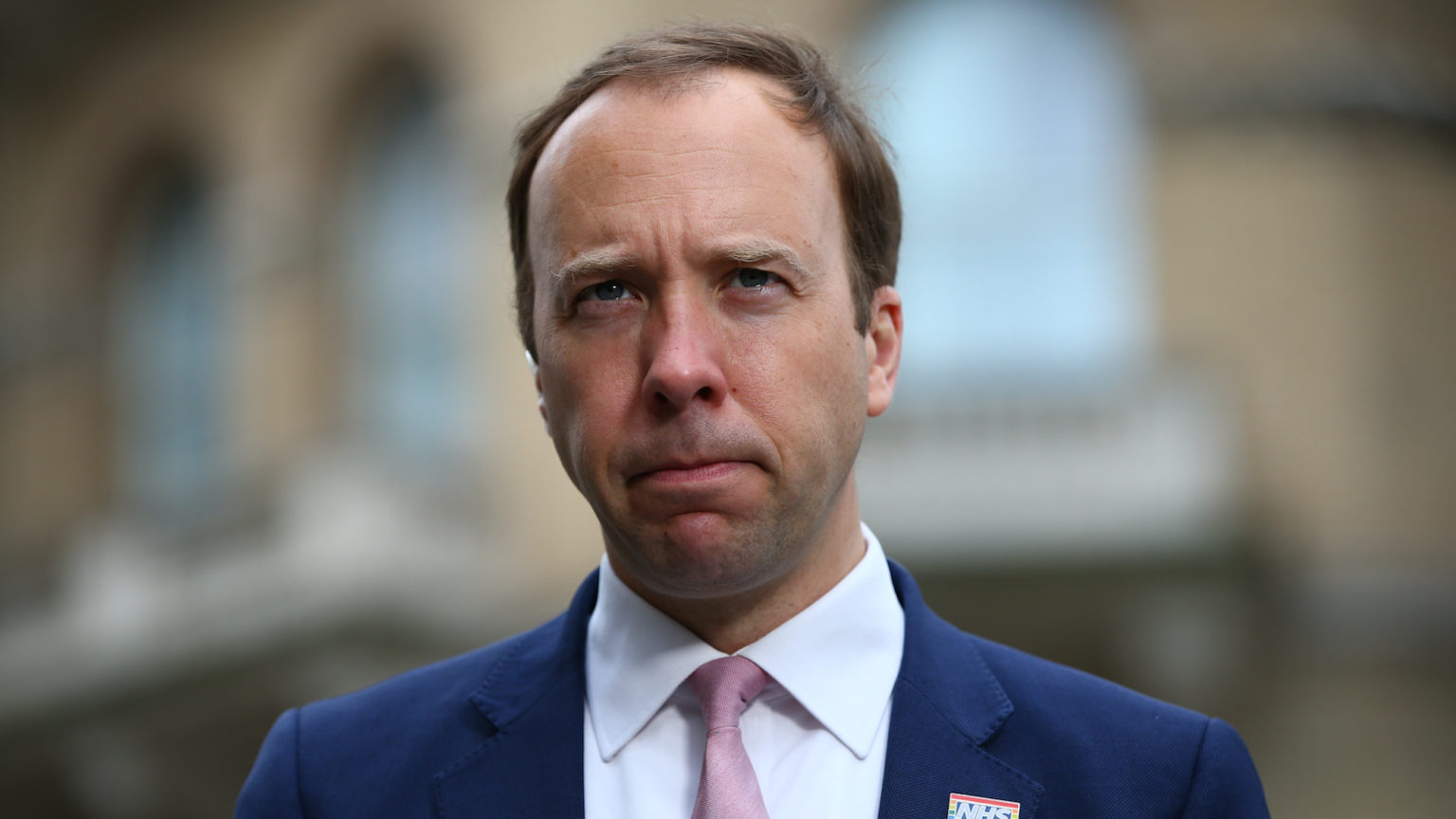 So farewell, then, Matt Hancock. After the Sun’s publication of that video, his position as health secretary was clearly untenable.

In public, Hancock has performed his role as the nation’s prison guard with great zealotry. In private, it seems, he behaved rather differently. The man who scolded one of his advisers for having an affair during the pandemic, has himself been caught having an affair during the pandemic. The man who snarled at every minor infringement of his byzantine and incomprehensible rules – ‘Every time you flex the rules it could be fatal’, he declared earlier this year – has been caught breaking them in spectacular fashion.

But there is more to the Hancock affair than hypocrisy. His obsession with ‘the rules’ led him to drop the ball in other key areas. Last month, doing his best David Brent impression, Hancock said, ‘Every day I have got up and asked: “What must I do to protect life?”’ His main answer to this, throughout the crisis, has been restrictions, restrictions and more restrictions. ‘We’ve got to tell people they can’t do anything unless it is explicitly allowed by law’ is how Hancock described his ‘Napoleonic’ overturning of civil liberties.

The punishments for breaking some of these laws have been eye-wateringly draconian. Life-ruining £10,000 fines have been handed out for hosting house parties, organising protests and even starting snowball fights. Thanks to Hancock, inbound travellers to the UK can be sentenced to a staggering 10 years in prison if they mislead the authorities about travelling from a red-list country – a longer sentence than is given for most gun offences.

This authoritarian monomania came at the cost of seemingly all other considerations. After all, it was during the UK’s first national lockdown when Covid was tearing through Britain’s care homes. Even as schools were suspended and businesses were closed, elderly people who were likely still contagious with Covid were being discharged from hospitals into care homes. Agency care workers were also spreading the disease from home to home – their movement was totally unaffected by the national lockdown.

Though not every mistake that led to the carnage in care homes can be blamed on Hancock (similar policies led to tragedies in New York, Italy and Spain, for instance), Hancock consistently gave false reassurances. He claimed that he had taken special precautions in relation to care homes. ‘Right from the start, we have tried to throw a protective ring around our care homes’, he told the public in April 2020. This was clearly nonsense. Dominic Cummings, in his disgruntled testimony to MPs, alleged that Hancock lied to the PM about care homes in March 2020, promising that everyone dispatched from hospitals to care homes would be tested. But in April, Department of Health guidance still stated that ‘Negative tests are not required prior to transfers / admissions into the care home’.

Hancock’s addiction to restrictions also led him to neglect the burgeoning non-Covid health crisis. NHS waiting lists have hit record highs, with nearly five million people awaiting hospital treatment. Hancock would like us to believe that this is merely because Covid has disrupted the health service. He even warned cancer sufferers last year that accessing treatment would be contingent on everyone following the rules.

But this does not wash. Early on in the pandemic, the government turned to the private sector to increase NHS capacity. Yet two thirds of this capacity was completely unused last summer, even as NHS waiting lists exploded. The health secretary was happy to create a National Covid Service and allow all other illnesses to fall by the wayside, even when the resources and capacity have been there to get on with clearing the backlog.

At least Hancock has looked after his friends during the pandemic. The current press focus is understandably on his aide and lover, Gina Coladangelo, an old university friend who he hired for a tidy £15,000 as a non-executive director of the Department of Health. Questions are swirling as to when their relationship began and whether her appointment was proper. Coladangelo’s brother has also benefitted from NHS outsourcing under Hancock’s tenure, which raises further questions.

There are too many accusations of conflicts of interest against Hancock to list them all here, but perhaps most infamous was his decision to award a key Covid contract to his former neighbour. Pub landlord Alex Bourne is alleged to have won a contract to supply vials needed for Covid tests to the NHS. Bourne’s company has no previous experience in medical supplies.

Of course, Hancock is just one man. He alone cannot be held responsible for the UK’s dreadful Covid response or the seemingly never-ending restrictions. But he was an important voice in favour of continued lockdown. At times, he even misused data to make his case. Earlier this month, Hancock had access to a study by Public Health England showing that the vaccines were effective against the Delta variant. Hancock is alleged to have withheld this data for at least three days. He only made the PM and other key decision-makers aware of it just before a crucial meeting on whether to cancel Freedom Day on 21 June. Hancock did not raise the data at the meeting, and nor did he include it in any of the briefing papers drawn up by his department. Hancock essentially ensured the case for freedom wouldn’t get a fair hearing.

Few will miss Matt Hancock. Although the pandemic would have challenged any health secretary, his failures on care homes, the non-Covid health crisis and his extreme authoritarian bent should have ended his tenure a long time ago. A certain someone once described Hancock as ‘totally fucking hopeless’. It is hard to disagree with that.