Cuomo has been getting away with murder

Too many in the media have failed to scrutinise the NY governor's handling of Covid. 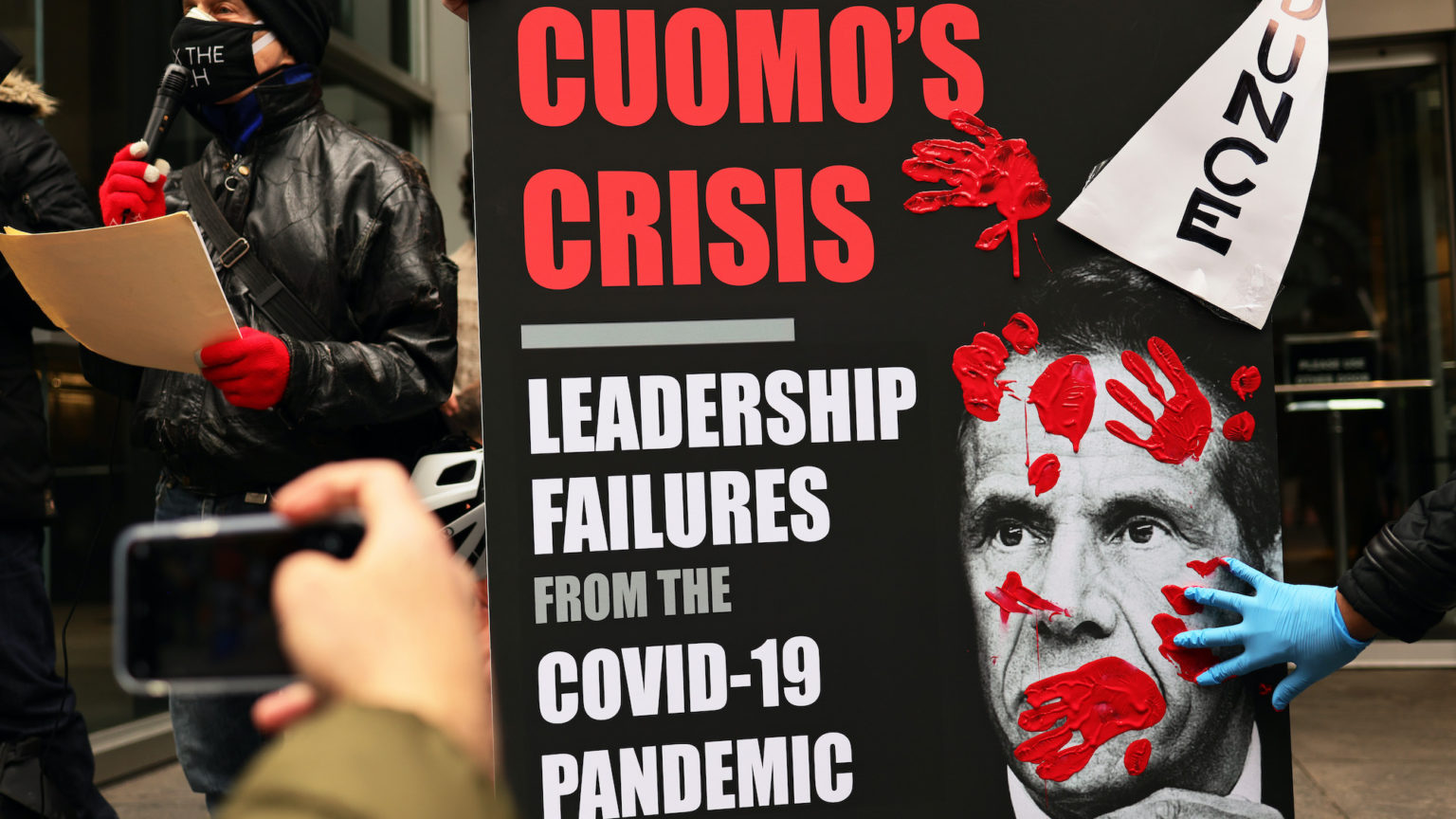 ‘It’s all been exposed’, said Andrew Cuomo, the governor of New York. ‘The lies are exposed. The incompetence is exposed. It’s like low tide in the ocean. Now the whole shoreline is exposed. There’s no question as to what was under the water.’

This was last October and Cuomo was talking to the New Yorker about President Trump. But his words serve as a more fitting description of his own administration.

For Cuomo was once the Blue State hero of the Covid crisis. The man who, for most of last year, was deified by the liberal, anti-Trump set for his handling of the pandemic even as it ripped through New York State. Pundits fawned over him. Blue-check tweeters confessed their ‘Cuomo-sexuality’. And some went so far as to suggest he be parachuted in as the Democrats’ presidential nominee. The Guardian was still talking about him as a prospective US attorney general in any potential Biden administration as late as October last year.

Cuomo fuelled the lionisation. And he revelled in it. He staged daily pandemic briefings, in which he presented himself as the tough-talking but compassionate leader of the hour, doing what was necessary. He even let out a tear as he passed a directive, named after his mother, Matilda, imposing social-distancing measures on the old and vulnerable. And, without fail, he blamed Trump. He addressed Trump. And he positioned himself as the alternative to Trump.

America’s political and cultural elites loved him for it. His pandemic press briefings won him an Emmy, and his political grandstanding earned him a book deal, for which he produced the grandiose, state-of-the-nation address American Crisis: Leadership Lessons from the Covid-19 Pandemic.

But now ‘it’s all been exposed’. All that media veneration, all that blue-check cheering, and all that vainglorious posturing, was no more than thickly applied concealer – a cosmetic overlay disguising the ugly reality of Cuomo’s governance.

We knew, of course, that New York had suffered tremendously during the pandemic, recording nearly 50,000 Covid-related deaths so far. Up until California’s Covid death-toll crept above New York’s a fortnight ago, it was the highest in the US.

Yet what has now been exposed is Cuomo’s own rather nasty role in the botched response to Covid. First there was the advisory notice issued by Cuomo on 25 March 2020, urging nursing homes to take back into care older patients who were then in hospitals – a decision that allowed Covid to wreak devastation precisely upon those at risk from it – as it stands, nearly 15,000 people in nursing homes have died from Covid. Then, in April, Cuomo’s office introduced a so-called immunity clause, protecting hospital and nursing home executives from the threat of lawsuits stemming from the pandemic. Moreover, those executives protected by Cuomo’s ‘immunity clause’ also just happened to have donated over $2million to Cuomo’s political campaigns, as part of their lobbying arm, the Greater New York Hospital Association.

So, not only did Cuomo’s decisions aid the spread of Covid in New York’s nursing homes, his administration, palms greased, also went out of its way to protect the owners and managers of those very same nursing homes from the potential lawsuits of bereaved families. To use Cuomo’s own words, ‘there’s no question as to what was under the water’ – incompetence, back-covering and callous decision-making. And if that was not damning enough of a man who was conjured up by himself and his influential fanboys as the virtuous opposite of Trump, it has since emerged, in a report from New York’s attorney general, that the Cuomo administration was undercounting nursing-home deaths by 50 per cent. So, to the incompetence, fatal decision-making and back-covering, we can now add lies.

That Cuomo is now also under internal investigation after two women made sexual-harassment claims against him only adds to the stench emanating from this most rotting of idols – something not helped by his decision to appoint a former federal judge with close ties to one of his friends to head the investigation.

But perhaps just as shocking as Cuomo’s borderline corrupt mishandling of the pandemic was his ability to get away with it for much of the past year. Where was the political opposition? The press scrutiny of the man the New York Times dubbed the ‘politician of the moment’? After all, the decision to send elderly hospital patients back into New York’s nursing homes, despite everything we knew even then about who was most at risk from Covid, was taken in plain sight. As was the decision to ensure nursing-home owners were immune from prosecution. The ground for questioning and criticism was always there. It was just that few seemed willing to step foot on it.

And what of the under- and misreporting of Covid deaths? Where were the journalists hunting this story down? There were some. But many skated over and around it.

Yes, he was regularly interviewed on CNN’s weeknight news-analysis show. But that is hosted by Cuomo’s younger brother Chris. Cringey Cuomo Prime Time may have been; interrogative it was not.

This lack of scrutiny was not limited to Cuomo’s influential siblings, either. It stretched across the media landscape, and even the Atlantic, as British media indulged Cuomo’s pandemic posturing. Cuomo, it seemed, could do no wrong, even when he clearly was.

But, then, he wasn’t Trump. Better still, he positioned himself and his Covid response in opposition to Trump. And, as such, many in the media, dominated as they still are by anti-Trump sentiment, were only too willing not only to spare him scrutiny, but also to fete him.