The Covid fines are a monstrous assault on justice

More than a quarter have been issued unlawfully. They must be scrapped. 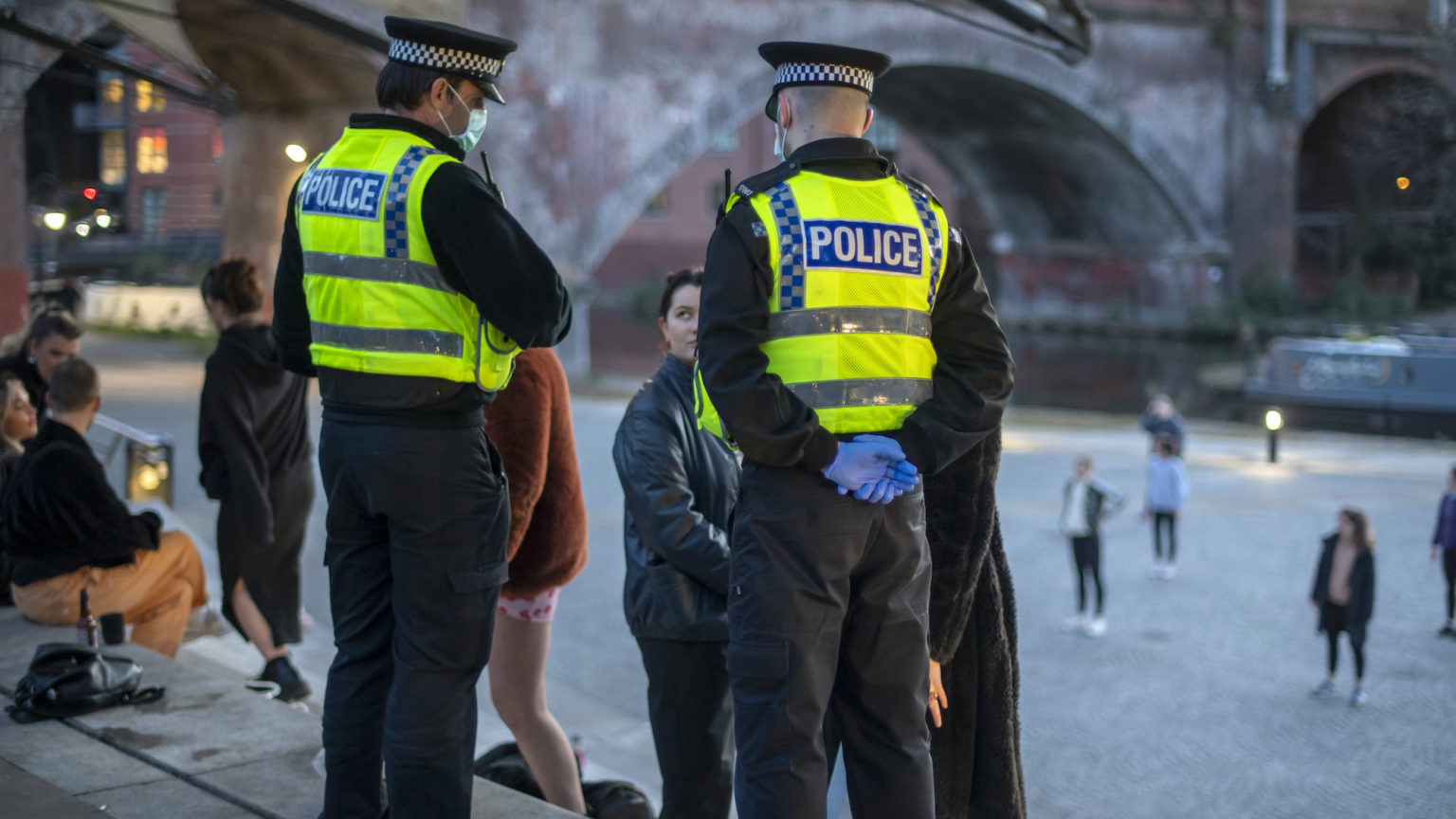 What kind of cruel, Byzantine parallel universe have we entered, when two students can be fined £10,000 each for organising a snowball fight, as they were in January? How did this come to pass?

Fixed-penalty notices are normally used for minor and straightforward infractions. They are also normally set at low levels, say £100 for littering or £130 for parking. The Covid fixed-penalty notices are neither minor nor straightforward, and their use during the pandemic has raised serious human-rights concerns. So serious that the House of Commons and House of Lords Joint Committee on Human Rights has recommended that every single fine be reviewed.

More than 85,000 fixed-penalty notices have been issued for breaking the Covid restrictions in England. An astonishing 27 per cent of the cases reviewed by the Crown Prosecution Service were found to have been incorrectly issued.

The Covid fines are not set at low levels either. As I have previously highlighted on spiked, they are the heaviest fines to be inflicted on the British people since the ‘Weregild’ (or ‘blood money’) fines of the Dark Ages. These fines include £200 for not wearing a face mask, between £1,000 and £10,000 for a business failing to implement a system to collect NHS Test and Trace data, between £4,000 and £10,000 for failing to self-isolate, and £10,000 for hosting a rave.

Fines are supposed to be a deterrent, of course, but they need to be fair and proportionate to income. Yes £10,000 would certainly put anyone off breaking the rules, but how are the poorest and most disadvantaged supposed to pay that much? Before the lockdown, fines this expensive had only ever been issued by courts – not police officers or Covid marshals. And these fines are often set in line with earnings. For this reason, the Joint Committee on Human Rights recommends that fines should be graduated.

It’s also hard to know what is and isn’t a fineable offence. The coronavirus regulations have changed at least 65 times, inevitably leading to uncertainty among police officers about how to enforce the law.

These fines are not handed out equally, either. The young, people from certain racial or ethnic-minority groups, men, and people who live in more deprived areas have been fined disproportionately. Fines were issued to black and Asian people at a rate 1.8 times higher than white people – depressingly reminiscent of the ethnic disparities in stop and search.

One key problem with the fines is that they create perverse incentives. This could end up perpetuating the Covid restrictions long beyond the pandemic itself. There are long-standing controversies over councils using parking, littering and speeding-camera fines to generate revenue. For instance, a Manifesto Club review into littering fines found an increase from 727 littering fines in 1997/1998 to over 35,000 in 2008/2009, and to over 250,000 in 2018. As councils have a financial incentive to hand out more fines, this leads to the ‘inevitable corruption of punishment’, the report argued.

Is there a danger that Covid fines will now be added to the roster of money-making opportunities for cash-strapped councils? Covid fines are paid to local authorities and 85,000 Covid fines must have generated a great deal of revenue so far.

Some councils are facing bankruptcy after years of austerity, and lockdown has added to this pain by hitting revenues from other fines. Last summer, revenue from parking fines fell by 71 per cent on the previous year for local authorities across the UK – a loss of £40.1million. City councils were particularly badly hit.

Although 21 June is when UK citizens expect their freedoms to be returned, some councils are nevertheless advertising jobs for Covid marshals lasting until 2022, or even – hold on to your hat – 2023. For instance, Hertfordshire County Council has advertised for 60 marshals from July until January 2022, with the possibility to extend the contract for a further year.

I’m not suggesting that all councillors, Covid marshals and local-authority finance directors are gleefully rubbing their hands together about collecting the cash from fines. There are many factors at play. Covid has been a serious epidemic and fines are supposed to act as a deterrent to prevent behaviour that the government has deemed unsafe. Most people are afraid and want to feel safe in their local area, too. They have lived under a sustained campaign of fear for a year (a subject I have researched for my forthcoming book).

Governments may feel obliged to do whatever it takes to steer us through a crisis, and the UK government has described Covid as ‘the biggest threat this country has faced in peacetime history’. People willingly sacrifice liberty for security during a crisis. This is not a simple exchange, though. What does it mean to be safe? And will liberty be returned when the crisis has passed?

Nearly 20 years after 9/11, we still dutifully hand in our tweezers and take off our shoes at airport security as part of a pantomime of safety. But we don’t pay life-destroying fines if we accidentally have a bottle of mineral water in our bag. We have to forgive our embrace of draconian measures when we were overwhelmed by fear in spring 2020. But the crisis has passed now.

The issues raised by the Joint Committee on Human Rights need urgent attention and we must now look to the future. What sort of society do we want to become? Do we want to be fined for Covid infractions for years to come? Scientists believe Covid is no longer at epidemic levels in the UK. We have to live with Covid, but surely we don’t want to keep living with the threat of fines handed out by marshals in hi-vis vests in every town.