The hypocrisy of Matt Cockblock

His lockdown rules kept couples apart. Now he’s been caught with his trousers down. 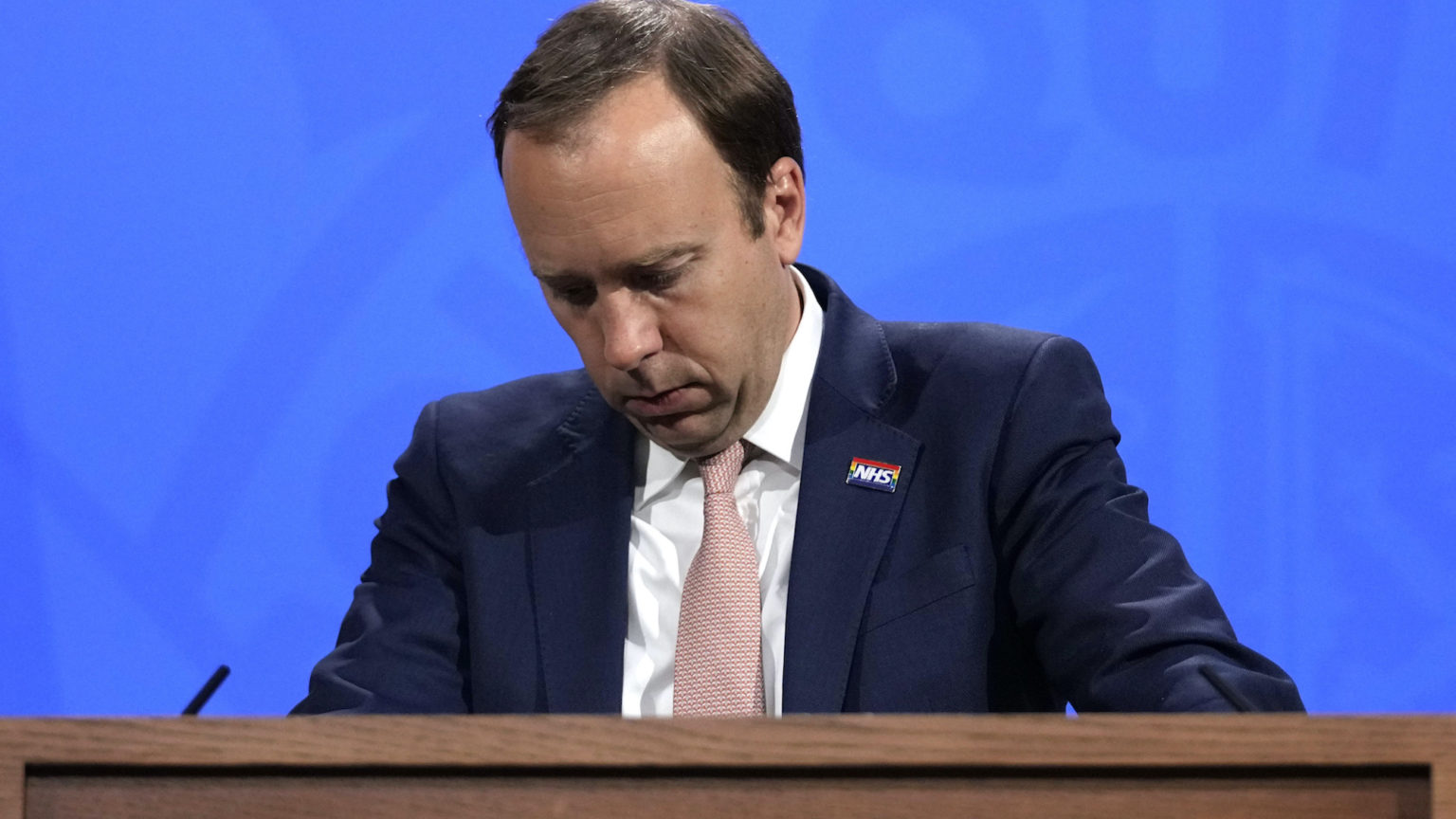 I don’t much care that Matt Hancock – our ‘fucking useless’ health secretary, to quote Boris Johnson – has had an affair. Nor am I particularly bothered that he broke social-distancing guidelines when he engaged in what today’s bombshell Sun exclusive calls ‘regular clinches’ with his taxpayer-funded aide, Gina Coladangelo. Nor am I particularly surprised that he has trouble keeping two metres away from women – he seems to have a habit of getting a bit close.

What does grate, though, is the hypocrisy. The staggering hypocrisy. More than any other minister, Hancock is responsible for the laws and guidance that have kept us all apart over the past 15 months. Lockdown regulations have been made and unmade, without proper parliamentary scrutiny, at the strike of his pen. Every bit of guidance was pushed by him and his department.

That notorious snap of him kissing and fondling Coladangelo was reportedly dated 6 May – at the time, as the Spectator’s Kate Andrews notes, it was still illegal for couples living separately to go into each other’s homes, unless they were bubbled. Perhaps that’s why they opted for the office for their illicit clinches.

Matt Hancock was essentially the Minister for Human Touch during this pandemic. His rules made it so that people couldn’t comfort each other at funerals. And they made dating, casual sex and even just seeing a long-term partner you don’t happen to live with a potential police matter. In March last year, when asked what couples who live apart should do as lockdown came in, he said ‘make your choice and stick with it’ – that is, either move in together or put up with not seeing each other at all. Arise, Matt Cockblock, as we dubbed him on spiked at the time.

Once again, it’s one rule for them and another for us. Matt Hancock’s private life is none of our business. But he made all of our private lives his business, the state’s business, things that had to be controlled and micromanaged, sometimes by force of law. The least he could have done was try to stick to it all himself.

But if his socially undistanced ‘clinches’ are what finally does it for him, so be it.