Everyone can see through Joe Biden 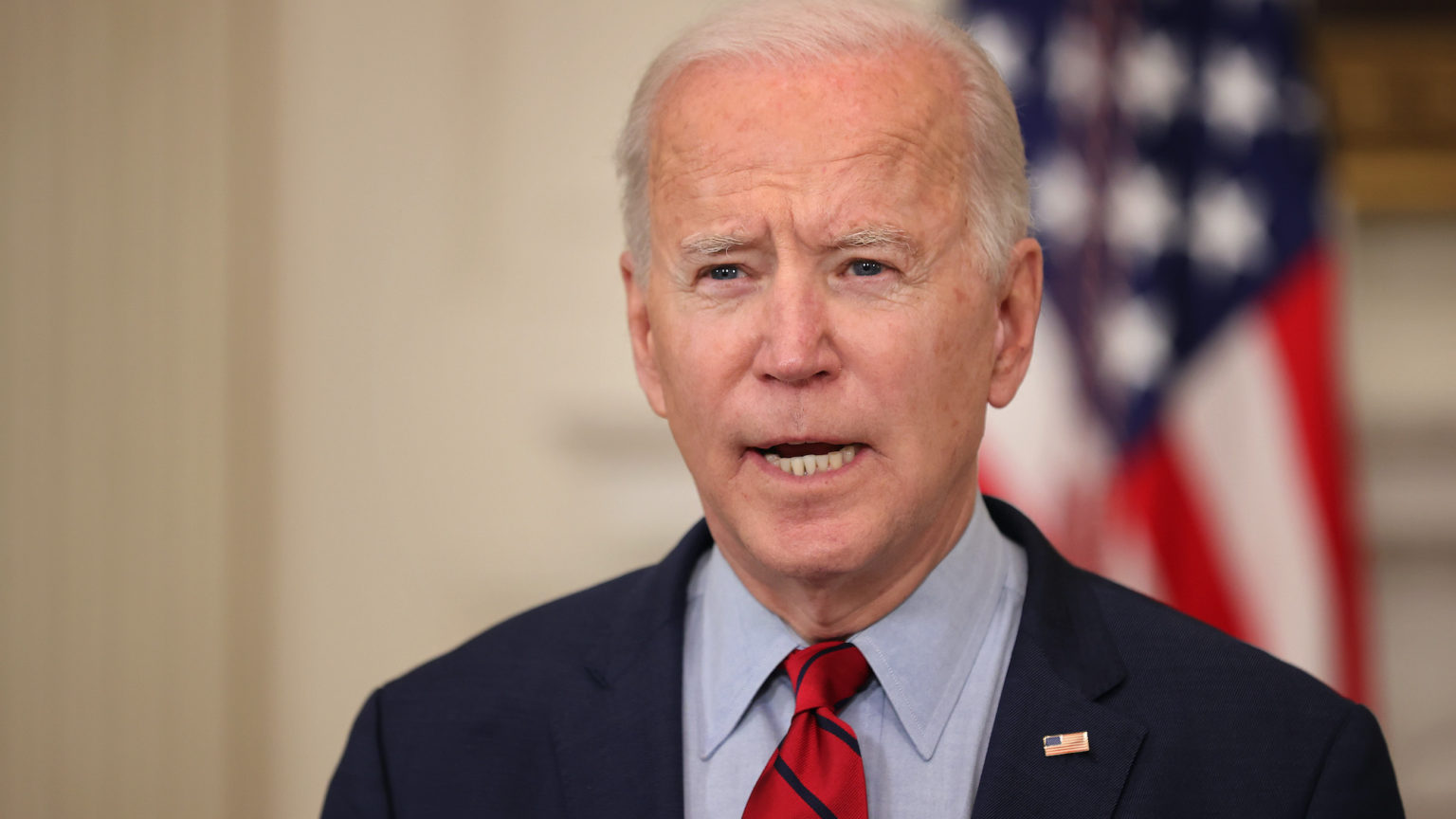 America is dysfunctional. This is obvious from its poverty, its economic stagnation and its present political vacuum. And it can be seen very clearly in the proliferation of roadside tents in California – a state with a GDP higher than all but three countries.

Donald Trump reflected this dysfunction. Many impoverished Americans turned to him out of a kind of principled desperation. But what propelled Joe Biden to victory in 2020?

Perhaps the feverish Trump era provoked a kind of exhaustion – and that got Biden elected. To the American people, Biden represented the prospect of an afternoon nap – appropriately enough, given that he always looks like he needs to put his feet up.

Or maybe Biden’s election was a successful attempt by the elite to contain Trumpism and populism more generally. He represents a kind of renewed class assertiveness among the American oligarchy. His election shows that the establishment has reset the tone of American politics and pushed the contradictions exposed by Trump back out of view.

But we should not confuse this for a return to American greatness or power. This is just a grand exercise in stage management, giving the appearance of more rational governance while, behind the curtain, the crumbling continues.

A few moments from the past few weeks have illustrated this. One was Biden’s press secretary responding to a question about what Biden has done for workers with the reassuring news that he has appointed some women to the Business Council. Another was one of those brunch-loving DC types noting how it feels ‘so different having military intervention under Biden’ – ‘No middle-school level threats on Twitter. Trust the competence of Biden and his team.’ And a third was the news that the policy of keeping immigrant kids in cages had been replaced with the much cuddlier policy of confining immigrant kids in ‘overflow facilities’.

In other words, Biden represents not only more of the same for the American establishment, but also a relatively effective means of literally re-dressing the failures of American politics and the American economy. He has put new clothes on the old ideas that symbolise America – the American dream, the land of opportunity, and life, liberty and the pursuit of happiness.

It is a facade. Behind the curtain, the economy continues to stagnate, the war machine carries on spinning into the ground, the money continues to be printed and it all seems hopeless.

Nonetheless, Biden is trailing an attempt to reconstitute political authority by giving the tired, worn-out political economy a woke rebrand. And elites across the Western world are anxiously awaiting the outcome. An emerging elite consensus on green energy, inflationary central-bank policies and the need to contain China provides further cohesiveness to a class that is otherwise clueless about how to revive economic dynamism, imagine a better future or tell a persuasive story about what life after Covid will look like.

At any rate, burying problems just stores them up for later.

Of course, the right has no credible alternative to offer, either. The storming of the Capitol was not just a gross act of anti-democratic lawlessness – it also revealed that American politics is a facade. What did the riot achieve? There was an almost charming naiveté in the idea that Congress sets the direction of America and that protesting there could force change. In fact, the protesters stormed a fairytale castle. Not only was no one guarding it – there was nothing there. If they were looking for power, it was somewhere else.

This was the Wizard of Oz moment, when the curtain was pulled back to reveal only a terrified pretender. The American political elite might be effective operators of smoke and mirrors (and isn’t performative social-media outrage the greatest trick they have yet come up with?), but, shorn of the megaphone, the confidence trick stands exposed.

The storming of the Capitol revealed the extent of the insecurity felt by American elites. It will also now be harder for the US to lecture other countries about the importance of peaceful, democratic transitions of power. Indeed, this seems to sum up the sense that America can no longer play the same role it once did in backstopping the whole international order.

But we should be careful to avoid thinking that just because the curtain has been pulled back, a great moment of change is on the horizon. Discovering that the Wizard of Oz was just a clueless, lost old man did not get Dorothy back home.

No – getting to grips with American dysfunction requires something much more far reaching. And there is no sign of that on the horizon. While the Tucker Carlson wing of the Republican Party is talking (increasingly accurately) about the structure of American oligarchy, and some Democratic congressmen have started daring to talk seriously about wages again, we are still a long way from a moment of renewal.

The late-Soviet scenario seems much more likely for now: a rotting society in which the elites barely understand and take no interest in. Those able to see what’s going on simply opt out, detaching themselves.

As revealing as the last year has been, no amount of revelation can replace the hard work needed for renewal. Unlike Dorothy, we will not simply wake up back home.

Jacob Reynolds is a writer based in London and a co-convenor of the boi charity’s upcoming event – Academy Online III: The use and abuse of history – a day of discussion on how history is invoked in contemporary politics. To find out more and book tickets, click here.

This article is adapted from a speech given at the Liverpool Salon event, Welcome Back America?.