The clots in Brussels, Berlin and Paris have done far more to cast doubt on the vaccines than any internet troll. 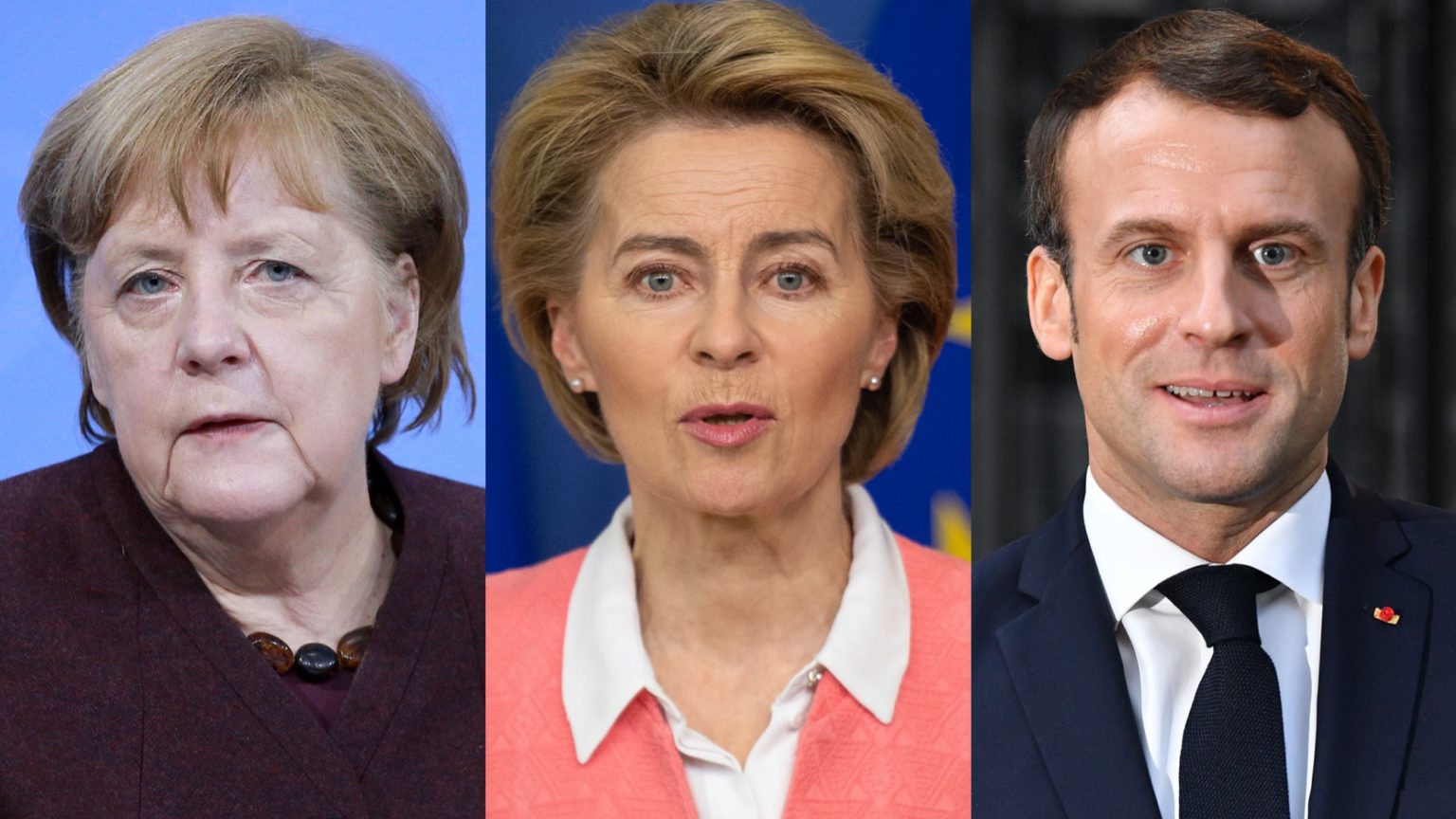 ‘Disinformation in times of the coronavirus can kill. We have a duty to protect our citizens by making them aware of false information, and expose the actors responsible for engaging in such practices.’ So said Josep Borell, high representative of the European Union, in June 2020.

Of course, the agents of disinformation this EU luminary had in mind were the kind of people the great and the good want to kick off social media and have beaten up or arrested when they gather in public. But over the past few months, the greatest source of Covid crankery has come, not from a fringe of anti-vaxxers, but from the clots that run Europe from Brussels, Berlin and Paris.

Europe’s leaders have been running a vicious smear campaign against the Oxford / AstraZeneca vaccine. President Macron – Europe’s Karen-in-chief – infamously pronounced the jab ‘quasi-ineffective’ in the elderly, even though it is 100 per cent effective at preventing severe disease from the virus. Similarly, the German government, via a leak to the financial paper Handelsblatt, tried to portray the AstraZeneca vaccine as just six per cent effective on the elderly. Its health agency banned use of the vaccine on anyone above the age of 65. This led the German chancellor Angela Merkel, aged 66, to announce she would not take the jab. She has, only this week, clarified that she would take it.

And in the past few weeks, European governments have hyped up the appearance of blood clots in some recipients of the jab. Despite the repeated insistence of even the European Medicines Agency – the EU health regulator – that the AstraZeneca vaccine is effective and safe, member state after member state suspended their use of the vaccine, supposedly following the ‘precautionary principle’. An Italian health official let the cat out of the bag, however, when he admitted that his own country’s suspension was ‘political’ rather than scientific – Italy was going along with decisions made in France and Germany. The Polish prime minister’s chief of staff went further, warning of a ‘planned disinformation campaign’ against the AstraZeneca vaccine.

The catastrophic consequences of this ‘disinformation campaign’ are now impossible to ignore. Europeans’ confidence in the AstraZeneca vaccine has plummeted in the past few weeks. A shocking 61 per cent of French people believe it is unsafe – up by 18 percentage points since the beginning of March. Majorities in Germany and Spain also – groundlessly – believe the vaccine is unsafe.

The EU’s vaccine rollout has been so badly botched that, according to Germany’s health minister, there aren’t enough doses to avoid a deadly ‘third wave’ of the virus (even as much of the continent remains in, or is returning to, strict lockdown). And yet, stockpiles of unused AstraZeneca vaccines are piling up. Some reports suggest that less than half of the doses in EU countries have actually been put to use, as Europeans cancel their appointments as soon as they learn they could be given the AstraZeneca jab. That compares to 70 per cent of available Pfizer doses which have ended up in Europeans’ arms. Germany currently has 1.4million unused AstraZeneca doses and France has 1.3million. Other EU countries have hundreds of thousands, or tens of thousands, of unused jabs. There is no question that Europe’s leaders have made a bad situation worse.

In an overly cautious Europe, a slower vaccine rollout means longer lockdowns. Longer lockdowns mean yet more economic pain for Europe’s beleaguered citizens. Goldman Sachs, Barclays, ING and Berenberg have all cut their growth forecasts for the eurozone’s economy. Another summer tourist season – vital for southern Europe in particular – could be lost to lockdown. Civil unrest will continue.

To distract from this catastrophe, EU leaders are threatening to block exports of certain ingredients needed for the AstraZeneca vaccine to the UK. Ursula von der Leyen has explicitly taken aim at ‘countries that have higher vaccination rates than us’ — ie, Brexit Britain. Expert analysis for the Guardian suggests that an EU export ban will delay the UK’s rollout by two months, but speed up the EU’s by just one week. Besides, the vaccine von der Leyen and others are desperate to seize is the same one they have been publicly trashing as useless and dangerous.

It’s not just Europe that will pay the price for the EU’s psychotic anti-vaccination crusade. Africa is far more dependent on the AstraZeneca jab than anywhere else in the world. Given its low cost ($3 per dose compared to $6.75 for a Pfizer dose and $10 for a Janssen dose), as well as the ease with which it can be stored and transported, the AstraZeneca jab is the obvious choice for vaccinating the world. As the New Statesman points out, Africa could be where European disinformation does the most damage. Not only does Africa have a great deal of vaccine hesitancy to overcome in some countries, but the African Union also relies on AstraZeneca for three-quarters of its vaccine doses (compared to just one quarter for the EU and the UK).

Africa has already suffered disproportionately during the pandemic, even though the coronavirus itself has killed far fewer people than in rich and middle-income countries. Lockdowns have caused health crises which are orders of magnitude worse than Covid-19. For instance, they have set back the fight against tuberculosis by 12 years. Progress against malaria and HIV has also been disrupted. Thanks to the economic carnage – partly local, partly global – an additional 59million Africans are predicted to fall below the extreme poverty line this year, if the Covid pandemic is not contained. And yet European leaders have recklessly sabotaged the only effective weapon against the pandemic in the developing world.

EU propagandists like to portray their favourite institution as enlightened, open and rational – a defender of science and stability. In reality, the EU has become more deranged and dangerous than any basement-dwelling conspiracy theorist or internet troll.