Women’s safety is being sacrificed to political correctness. 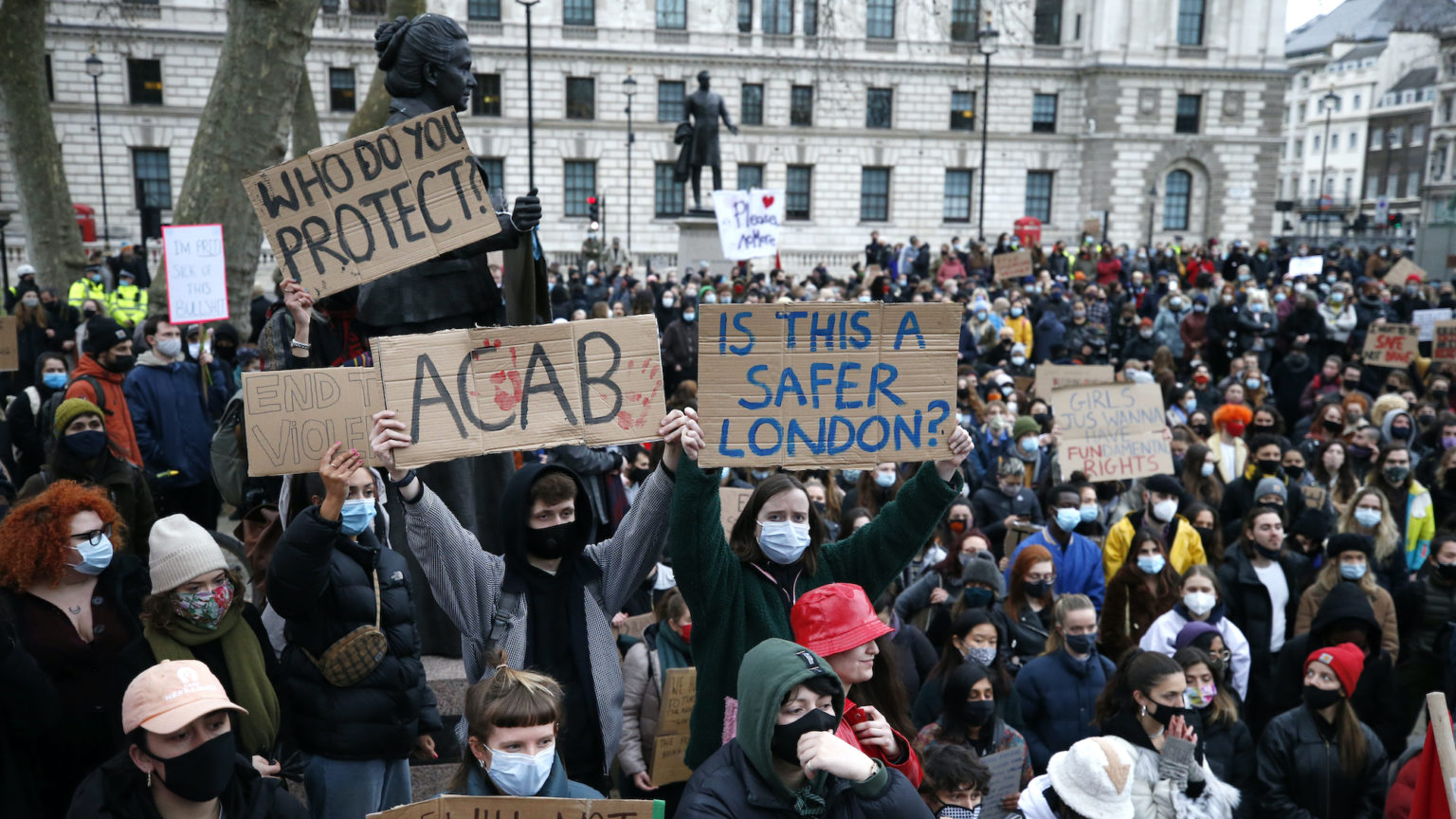 The alleged kidnapping and murder of 33-year-old Sarah Everard has rocked the nation. A London Met officer has been charged. There is clearly a great deal of soul-searching to be done in our law-enforcement institutions.

It is completely understandable that emotions are running high after such a tragic event. However, some of the policy suggestions offered in response to it fall firmly in hysterical-lunacy territory. This started with a bizarre statement by Green Party peer Jenny Jones, who floated the possibility of a 6pm curfew for all men during a House of Lords debate. While the baroness slightly backtracked by saying it was not ‘an entirely serious suggestion’, Welsh first minister Mark Drakeford refused to rule out such a curfew (before he decided to make a dramatic u-turn). This was followed by the SNP’s Hannah Bardell, who expressed support for a male-only curfew for areas where women have recently been killed. Never mind the strong possibility that the introduction of a ‘men-only curfew’ would contravene international law – it would do nothing to address the fact that abuse towards women primarily occurs in the home and is driven by intimate-partner violence.

Then we had the scenes on Saturday night at the Clapham Common vigil for Sarah Everard. Yes, the Metropolitan Police have much to answer for in how the vigil was policed. Clearly, the police have not understood the scale of public anger over one of their own being charged over Everard’s death. But while calls for the ‘defunding’ of the Met and placards with the slogan ‘ACAB’ (All Cops Are Bastards) might be considered courageous acts of revolutionary activism in some circles, they achieve very little in terms of improving the safety of women.

Reducing investment in local police forces is supported by only one in 10 Brits – it is a fringe hard-left position. But I suspect that following recent events, there is a large public appetite for meaningful police reform. We can make real strides to protect women’s safety with top-to-bottom policing reform. We also need to foster a law-and-order culture that takes violence, intimidation and abuse towards women more seriously. The ‘ACAB / defund the police’ brigade, however, is shamelessly weaponising the death of Sarah Everard for its own ends.

To be frank, the mainstream left is hardly in a position of serious authority when commenting on women’s safety. Its pro-trans zealotry has led it to support flexible gender self-identification, even though this poses a fundamental threat to women’s rights and their security. Women who understandably raise concerns over the impact of such policies on public safety have been derided as transphobic ‘TERFs’ (an acronym for ‘trans-exclusionary radical feminists’).

Mainstream ‘progressives’ have also ignored the numerous cases of large-scale child-sexual exploitation, in which mainly white underaged girls were systematically abused by men belonging to migrant communities. These victims were sacrificed by police officials who decided to prioritise racial sensitivities over the delivery of justice. The abrupt closing of Operation Augusta by Greater Manchester Police is a case in point. You would be forgiven for asking, where was the progressive outrage over police conduct in relation to grooming gangs? The left needs to start confronting the misogynistic attitudes in certain ethnic and religious minorities, instead of turning a blind eye – even if these groups have historically provided Labour with steadfast electoral support.

If the modern British left wants to be taken seriously on women’s safety, it needs to rethink its policies and priorities. Adopting a tougher stance on acts of domestic violence and intimidation should be at the heart of this. While mental health is an important concern in criminal justice, we need to recognise that poor mental health is too readily used as a justification for violence and abuse against women. Indeed, it can be a decisive factor in the provision of grossly lenient sentences for horrific crimes – including the disgraceful five-year prison sentence recently given to Anthony Williams for strangling his wife Ruth to death.

If the left truly cares about the welfare of vulnerable girls, it needs to drop the culture of political correctness when it comes to grooming gangs. It needs to push back on the overzealous gender self-identification lobby, which is responsible for a fundamental assault on women’s rights, and it should drop its obsession with ‘representation’. London currently has a female commissioner of the Met – it is fairly safe to say that Dame Cressida Dick has struggled to strengthen trust in the police among female Londoners.

Most of all, progressive moderates must act as a robust check on anti-police ‘revolutionaries’ who are exploiting the killing of Sarah Everard to pursue an abolitionist agenda. The key is serious institutional reform. We need Britain’s police forces to work more closely with well-respected organisations in the women’s sector to better tackle the abuse of women. Increasing women’s confidence in law enforcement will make women safer in the long run.

If it does these things, then the left might be worth taking seriously on women’s safety. I won’t hold my breath.