Forget independence – what about democracy?

Neither side of the Scottish independence debate has any interest in bringing power to the people. 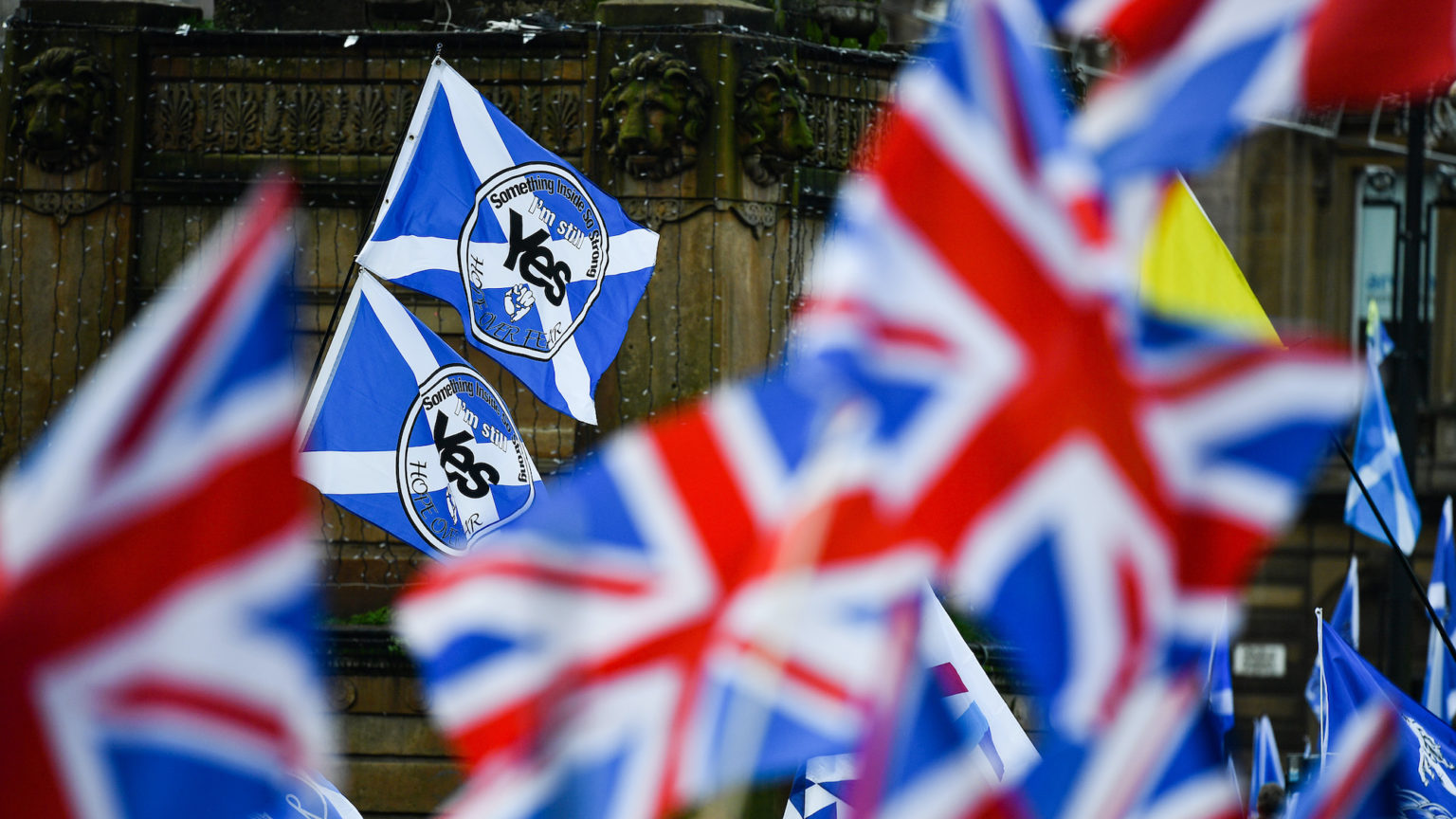 Despite the Salmond-Sturgeon scandal, the Union will be the dominant theme in the coming elections to the Scottish parliament in May. Nationalists plan to use them as a post-Brexit, post-Covid opening salvo that will reignite the long march towards an independent Scotland.

Scotland’s first minister, Nicola Sturgeon, has declared that if, as is likely to be the case, the SNP wins a majority of seats, this would represent a clear mandate for another independence referendum (Indyref2). This despite the Scottish people voting ‘No’ to independence in the ‘once in a generation’ referendum in 2014. Unperturbed by this mere footnote in very recent history, the SNP’s 11-point ‘roadmap’ to Indyref2 will define its electoral strategy.

In response, the Labour Party has a ‘devolution max’ strategy to save the Union. It will be led by ex-prime minister and Scot Gordon Brown. It will take the form of a ‘constitutional convention’, powered by a ‘council of ministers’ that promises to spread power more evenly across the Union and empower the public through ‘citizens’ assemblies’. The Labour Party’s goal is a decentralised, federal UK.

In a recent visit to Scotland, British prime minister Boris Johnson, struck an intransigent pose, telling nationalists to stop ‘talking endlessly’ about a second referendum and ‘pointless constitutional wrangling’. His own ‘Union Policy Implementation Committee’, from the back rooms of Downing Street, will put the case for new UK-wide economic and security bodies to bolster the Union.

What is striking about both the pro- and anti-Union camps, is that they all share an ideological contempt for democracy and the public. They all instinctively favour technocratic and faux-democratic devices and institutions to solve the Scottish question.

Recently, during a virtual meeting with Conservative MPs, Johnson said devolution has been ‘a disaster north of the border’. While this is true in nearly every area of public life where power has been devolved, the problem runs deeper than policy and outcomes.

Devolution is a disaster because it was never intended to extend democracy to the public in any meaningful sense. Rather, it was designed to give regional elites new institutional layers of government and to reorganise their relationship with the public. While it was hoped that devolution would resolve the tensions in the political union, it merely consolidated and legitimised petty regional grievances.

Significantly, devolution institutionalised the organisational estrangement of the public from political and democratic life. The long, slow and painful collapse of the labour movement in Scotland, throughout the 1970s and 1980s, meant that once thriving and influential trades unions, vibrant social institutions and campaigning organisations were decimated. Devolution was the means through which New Labour reconstituted itself as it looked to its new power base among the professional classes.

The umbilical cord that connected organised labour to government, and impressed the will of the public on political life, was well and truly cut by the time devolution arrived. The elite, set free, wasted little time in pursuing its anti-democratic agenda. This problem has been more pronounced in Scotland than in any other part of the UK.

Nationalist claims to be champions of democracy are equally thin on the ground. The SNP in government has launched numerous assaults on the Scottish people. To name only two, its failed Named Person scheme and its current Hate Crime Bill are authoritarian in the extreme. Furthermore, the SNP’s insistence on an independent Scotland rejoining the European Union shows its commitment to technocratic government over the extension of democracy.

The SNP’s electoral success is based on the promotion of political and economic grievances that are easy to buy into, but much more difficult to substantiate properly. While it is undeniable that industry in Scotland has been decimated, communities have been wrecked and social allegiances have been torn apart, the idea that Scots have suffered more than Northern Irish, Welsh or English workers is, to put it mildly, delusional. The same is true in the political sphere. Scotland has never been denied the rights or access to the democratic process that is enjoyed elsewhere in the UK. It has no legitimate claim to the democratic principle of self-determination.

To campaign for an Indyref2, a mere six years after the first, is anti-democratic. The UK leaving the EU is not a legitimate reason to hold a second referendum. The cry ‘But Scotland voted to Remain!’ is the political equivalent of a child, having just lost a race, screaming ‘I wasn’t ready!’. It is worth restating that Scottish people voted to be part of the Union in 2014, so the argument that ‘Scotland voted against Brexit’ is a hollow one. Scots voted with their fellow Brits in 2016. And the result, as they say, is history.

Besides, the belief that there is an unstoppable surge in support for independence is debatable at best. More palpable, perhaps, is a widespread sense of resignation and a weariness where the Scottish question is concerned. A recent Sunday Times poll showed that ‘less than half’ of English people would mind if Scotland left the Union. A petition in Scotland to stop another referendum has raised over 100,000 signatures. It was organised by Mark Devlin, founder of The Majority, who recently organised a billboard campaign with the slogan ‘Vaccination not separation – do your job, first minister’. Devlin argues that ‘recent polls show that independence is way down the list of Scottish voters’ priorities’.

The discussion surrounding the Union – as it is currently framed – is a long, winding road to nowhere. Democrats need to find a way to break with this cynical cycle of political grievance and elite institution-building from both official camps in the debate.

Nevertheless, democrats should take a side on this question. Especially since we have only recently won an era-defining battle to regain sovereignty by breaking with the EU, we need to make the case for the fullest extension of democracy in our already living, breathing democratic Union. We need a politics that puts the demos in the driving seat of political and democratic life.