The rotten state of Scotland

The Salmond affair exposes the SNP's corruption of the institutions of government. 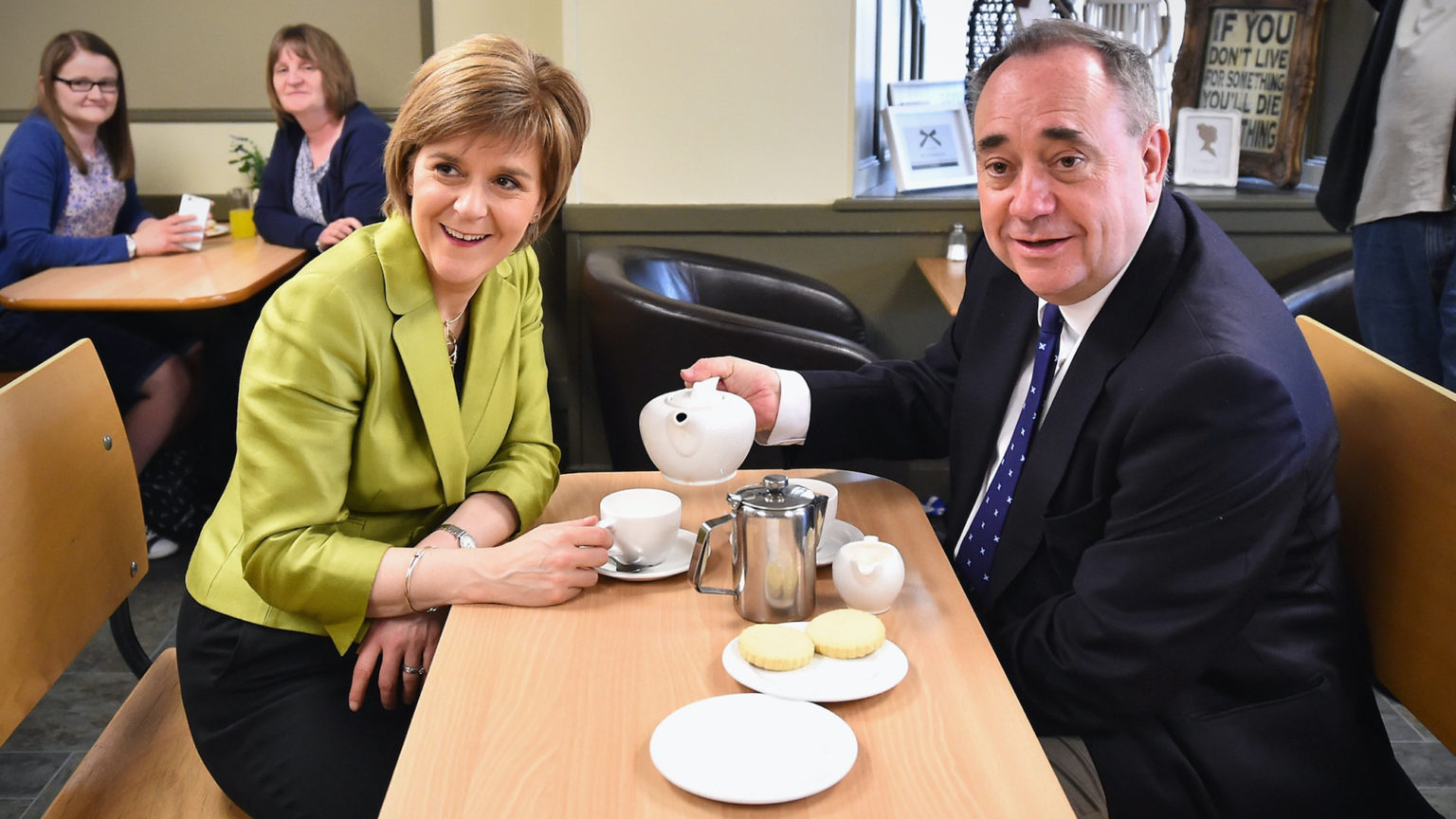 Given the Scottish National Party’s political monopoly north of the border, and the lack of scrutiny to which the SNP’s petty authoritarian rule is subject in the national media, perhaps it was always going to take a vengeful SNP insider to expose the rot in the state of Sturgeon-land.

Enter former SNP leader and Scottish first minister Alex Salmond. This week he claimed, as he has done for the past couple of years, that there has been ‘a deliberate, prolonged, malicious and concerted effort among a range of individuals within the Scottish government and the SNP to damage my reputation, even to the extent of having me imprisoned’. He doesn’t say ‘conspiracy’, but that’s certainly what he’s implying.

This would be explosive if it were true. It’s the equivalent of Theresa May claiming Boris Johnson had used the apparatus of the British state to try to frame her as a paedophile. Because that is what Salmond is effectively claiming. He is saying that everything that has happened to him since 2018 is part of a plot to push him, as an increasing embarrassment to Sturgeon’s government, out of public life. The government investigation into complaints of sexual misconduct made against him; the subsequent police investigation and the trial which led to his acquittal; and the attempts ever since to thwart a Holyrood inquiry into the handling of his case – all of that and more was, he claims, the product of the shadowy machinations of the SNP’s leadership, from its chief executive Peter Murrell to his wife, the first minister herself, Nicola Sturgeon, not to mention the Scottish permanent secretary, Leslie Evans.

But is it true? It seems unlikely. Sure, there were no doubt some in the SNP who were happy to see the fall of Salmond, an increasingly troubling figure who, in 2017, seemed to be contemplating a return to the political frontline. There were others, caught in the moral gusts of the MeToo storm of the time, who would have righteously pushed for Salmond’s comeuppance. And, since then, there have no doubt been many in government desperate for the whole tawdry affair simply to disappear – at any cost. So opportunism and politics aplenty. But conspiracy? Not so much.

Yet, what the Salmond Affair has revealed about the institutions of Scotland is arguably just as disturbing. The initial judicial review into the government’s handling of the allegations against Salmond culminated, in 2019, in a judge’s damning verdict of Holyrood’s internal workings. The judge ruled that the investigation was ‘unlawful’, ‘procedurally unfair’ and ‘tainted with apparent bias’ – the investigating officer had even had prior contact with Salmond’s accusers.

Salmond’s actual criminal trial merely reinforced the impression that the investigation and subsequent prosecution of the former first minister was at best misjudged and, at worst, motivated by concerns other than justice. So it was that in March 2020 he was acquitted of 14 charges of sexual assault, including one attempted rape, involving 10 women. Some of the complainants, it was revealed, were SNP officials, others worked for the Scottish government.

Holyrood’s subsequent inquiry, launched in 2020, into the handling of the Salmond Affair has likewise revealed an institutional resistance to transparency and public accountability. The committee leading the investigation, with SNP MSP Linda Fabiani at its head, has repeatedly complained that the Scottish government has obstructed it, including an explicit refusal to hand over the legal advice it received during the judicial review – this despite parliament instructing it to do so.

Suspicions that the government is trying to hide something deeply troubling have been reinforced by the events of the past few days. That was when it was revealed that the Crown Office (Scotland’s equivalent of the Crown Prosecution Service) had ordered that Salmond’s public submission to the Holyrood investigation be heavily redacted. It was no doubt entirely coincidental that the parts blacked out just happened to be those that Salmond suggests were most personally damaging to Sturgeon. As Conservative MSP Ruth Davidson put it this week: ‘Does the first minister understand that, to the public, this looks like a cover-up?’

The government might have been able to brush off the accusation on the grounds that the Crown Office is institutionally independent of government – the rule of law and all that. Except that James Wolffe QC, the head of the Crown Office, is also, as the Lord Advocate, a member of the Scottish government. Perhaps, as he claims, the decision to redact a document damaging to the SNP was taken not by him, but by independent prosecutors. Yet, as their boss, it’s hard not to question just how independent the Crown Office really is.

And there are many other aspects of the whole sordid business that raise disturbing questions about the SNP, and its willingness to bend and potentially corrupt the mechanisms of government and the institutions of law to its own self-preserving ends. Not least, there’s the question currently being investigated by James Hamilton QC, and continually dodged by Sturgeon, over when exactly she was aware of the initial investigation into Salmond. She told Holyrood it was early April 2018. Salmond’s aides say she really knew about it in late March 2018. If the latter are right, Sturgeon has breached the ministerial code and may have to resign. But, given her and the SNP’s behaviour so far, she will no doubt seek to obfuscate and blindside her way out of it.

Few will have any sympathy for poor, philandering Alex Salmond. Even his own lawyer called him an ‘arsehole’. And fewer still will believe his claims of a conspiracy. But, in many ways, Salmond and his fantasies are irrelevant. What is important is the light the Salmond Affair is casting on the internal, SNP-led corrosion of the institutions of the Scottish state. As Scottish Labour leader Jackie Baillie put it, ‘We are seeing that there is something rotten at the heart of the SNP, and it is poisoning our democratic institutions’.

Tim Black is a spiked columnist