Is AOC the most dangerous politician in America?

Since the Capitol riot she has been whipping up a culture of fear that could have dire consequences for liberty. 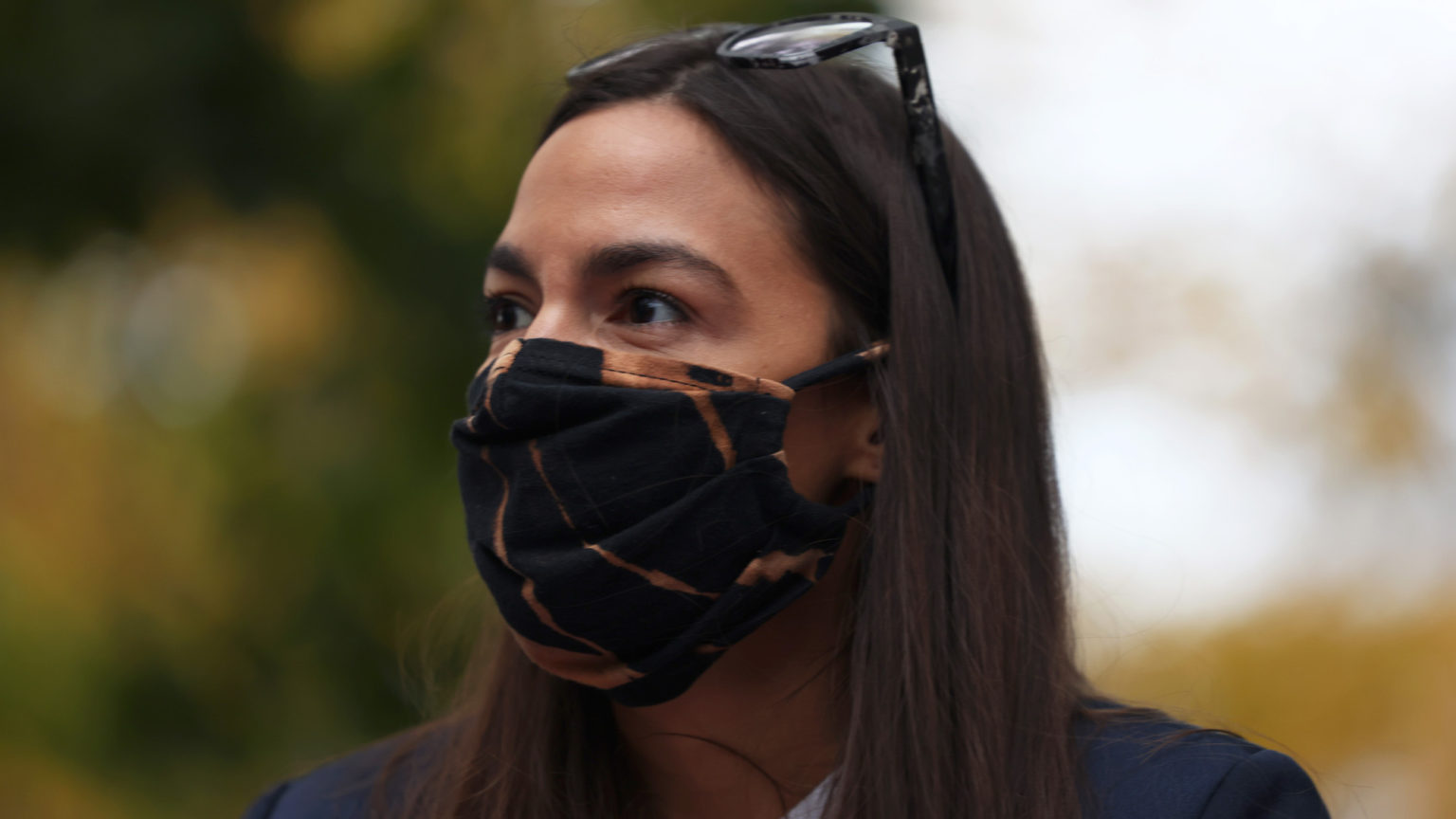 Here’s what’s funny about The Squad, the toytown radicals in the Democratic Party who titillate the Twitterati but piss off mostly everyone else. These are the kind of people who would have been Bush-bashers back in the 2000s, shaking their heads at the post-9/11 ‘culture of fear’ and warning against the rash introduction of illiberal anti-terror laws. And yet today these people are agitating for a new war on terror, for an all-out crusade against ‘domestic terrorism’, for an unforgiving, even McCarthyite offensive against an enemy that is apparently so terrifying, so evil, that even America’s constitutional norms must be ripped up in the battle against it.

Consider Alexandria Ocasio-Cortez, every leftie’s favourite congresswoman. She’s currently making George W Bush look like a rank amateur when it comes to instilling the fear of god into the populace. The post-9/11 tub-thumpers have nothing on AOC and her singular commitment to stirring up national dread and panic in response to an alleged terror threat. Ever since the riot at the Capitol on 6 January, AOC has been at the forefront of insisting that the US faces a new terror threat and that extraordinary measures must be taken to tackle it. She is engaging in a kind of political hysteria, with potentially dire consequences for reason and liberty.

Her hyperbole grows crazier with each passing day. Everyone in possession of a moral anchor agrees that the storming of the Capitol was a foul, anti-democratic act; an insult, primarily, to American voters, whose freely expressed democratic wishes were put under threat by an unrepresentative mob of pro-Trump extremists. But AOC, like others on the left, is blowing this event entirely out of proportion. ‘We came close to half of the House nearly dying’, she has said, with not so much as a sliver of evidence. There is no proof whatsoever that half of representatives – around 215 people – were at risk of being killed. That is a product of AOC’s fevered imagination.

She has constantly talked up the Capitol riot as an act of attempted mass murder. She has even accused Republican senator Ted Cruz – who is pro-Trump and has promoted the idea that the presidential election was fraudulent – of attempted murder. ‘You almost had me murdered three weeks ago’, she said to him on Twitter.

This kind of unhinged language is straight out of the authoritarian playbook. It is fact-free (there is nothing to suggest AOC was ‘almost murdered’). It is designed to reduce opponents to threats to public safety, to murderous forces that must be reined in. And it conflates a certain way of thinking – in this case, Cruz’s wrongheaded belief that the election was stolen by Joe Biden – with violence, as if Cruz’s promotion of his ideological convictions led directly to an alleged murder attempt against AOC.

This is Authoritarianism 101: depict certain forms of political speech as violent, as akin to attempted acts of murder. It is a demand, implicitly, for censorship, for the punishment of those who dare to hold views that AOC finds unpalatable. Indeed, it is striking that shortly after the Capitol riot AOC openly proposed that Congress should think about how to ‘rein in’ the media. ‘We’re going to have to figure out how we rein in our media environment so that you can’t just spew disinformation and misinformation’, she said.

In short: rip up the First Amendment. That amendment says Congress shall make no law restricting the freedom of the press. AOC seems to have very little regard for that founding liberal principle of the United States. In her mind, as in the mind of earlier authoritarian forces in US history, the current enemy is so sinister, so dangerous, that the constitution may be trashed in order to deal with it. This is where authoritarian hysteria ends up: calling for restraints on political speech and controls on the press.

AOC has previously given a green light to the virtual blacklisting of public figures who backed Trump. Late last year she suggested that someone make a record of all ‘Trump sycophants’ in case they try to ‘downplay or deny their complicity in the future’. This inspired the establishment of the Trump Accountability Project, which seems committed to preventing Trump staffers from gaining certain forms of employment in the future – those who ‘took a paycheck from the Trump administration should not profit from their efforts to tear our democracy apart’. In the words of the New York Post, it smacks of being a ‘blacklist’ of ‘allies and staffers of President Trump’.

AOC is continuing her over-the-top recollections of what happened at the Capitol on 6 January. Yesterday, in an Instagram live chat that predicably went viral, she described the terror she felt when someone stormed into her office, while she was locked in the bathroom, and started yelling, ‘WHERE IS SHE?’. It is only later in the chat that we discover this person was a police officer, coming to ensure she was safe. For heaven’s sake. We’ve gone from the claim that half of representatives were at risk of being murdered to the reality of a cop checking on AOC’s wellbeing.

In yesterday’s chat AOC also said that she has experienced a sexual assault in the past, which is terrible. However, her use of that experience to try to shame and silence some of her political critics is out of order. In relation to Chip Roy, a Texas congressman who has called on AOC to apologise to Ted Cruz, she said: ‘These are the tactics of abusers… And so when I see this happen, how I feel, how I felt was: “Not again.” I’m not going to let this happen again.’

This is a very morally questionable tactic. We should not use past experiences, however awful they may have been, as trump cards in political discussions in the here and now. If AOC feels she doesn’t have to apologise to Cruz for essentially accusing him of attempted murder, she should say so; she shouldn’t liken those who do think she should apologise to sexual abusers. Again, this is highly loaded commentary, cynically designed to shrink the space for political pushback.

Right now, AOC might just be the most authoritarian politician in the US. Her hyperbole about the Capitol riot, her fearmongering about the threat of ‘domestic terrorism’, her animosity towards the free press, and her demonisation of her critics as being pro-murder or similar to sexual abusers, in the full knowledge that her army of devoted online followers will amplify these shrill, censorious accusations – this all points to how determined AOC is to crush anything that she considers too right-wing or too offensive.

Washington, DC is currently under a form of military occupation. The Joe Biden administration is threatening clampdowns on ‘domestic terrorism’, which according to some people’s understanding includes everything from white supremacy to libertarianism. And what is AOC doing? Egging it all on, demanding even more, and openly floating the idea of trashing the constitution in order to crush the critics of her political agenda.