How the left learned to love the Tory police state

Lockdown has devastated civil liberties, punished the poor and boosted the rich, but the left wants more of it. 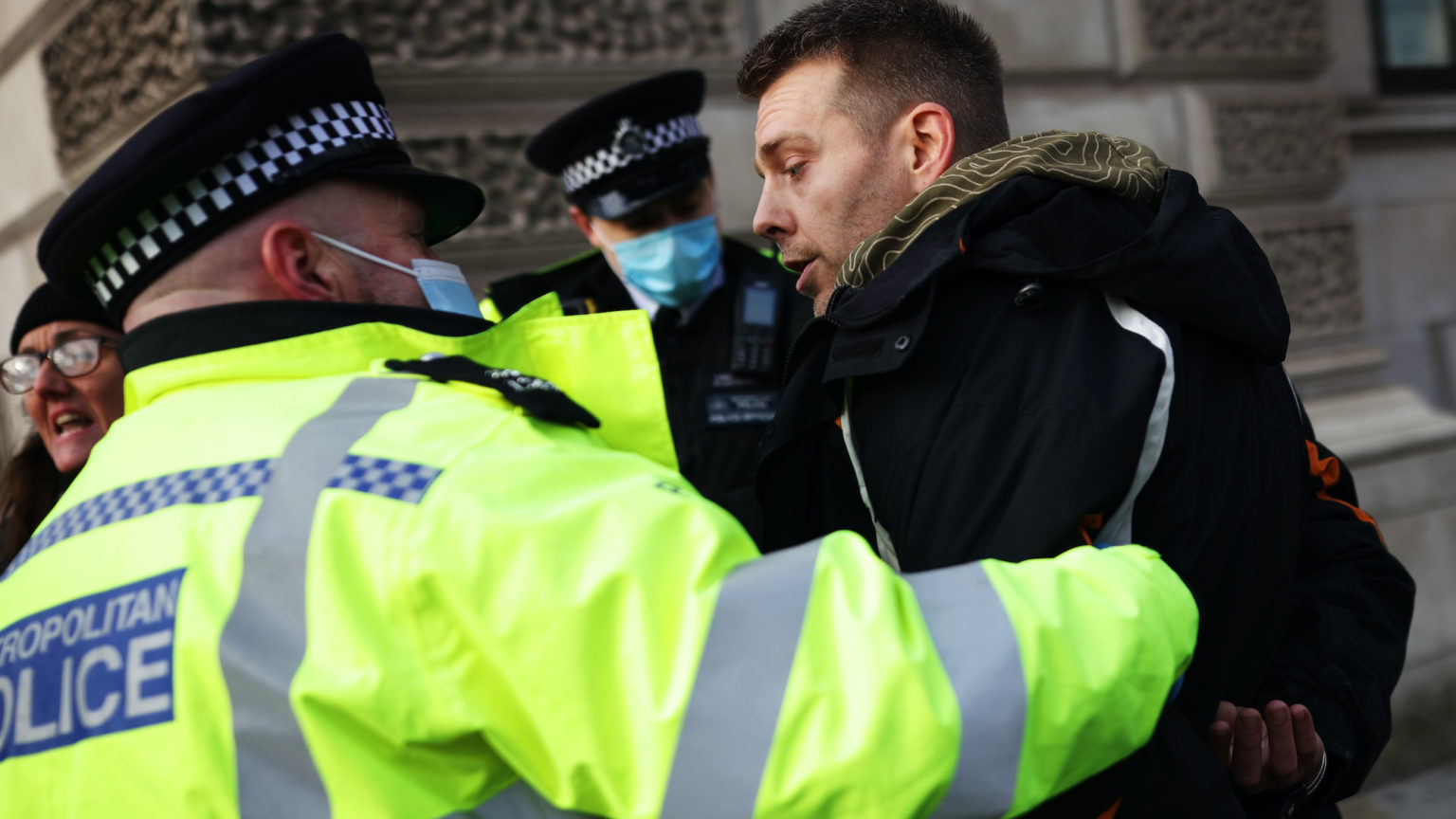 Lockdown No3 is here. Less than a year ago such a draconian and repressive policy had never been considered in a liberal democracy – even its most prominent advocates have acknowledged this. But now it has become depressingly normal. So normal in fact that it is hard to find much opposition to it, despite the colossal damage it has caused.

Voices from across the political spectrum have been (rightly) critical of the government’s handling of the pandemic. But the criticism has overwhelmingly been that the government did not lock down fast enough or hard enough. This has been a particularly depressing refrain of the left. The very people who present themselves as radical opponents of the Tory government have been cheerleaders for its extraordinary accumulation of state power, its rescinding of the right to free association and protest, its sidelining of parliamentary democracy, and its shutdown of civil society. And that’s just the basics of the policy – never mind its disastrous unintended consequences.

When the first full lockdown was announced in March, the Guardian’s Owen Jones was relieved to have been placed ‘under house arrest along with millions of people under a police state by a right-wing Tory government’. This may have been expressed in jest, but it was literally what had happened.

The police had suddenly been given extraordinary powers to prevent members of the public from going about their business (and even then, officers often went beyond the law, arresting people for crimes which did not exist). Aside from some crocodile tears over the fact that ethnic-minority Britons were being disproportionately arrested and fined for lockdown breaches, the left learned to love the police state pretty quickly.

Every time restrictions were eased, reducing the scope of everyday activities that could get you arrested, the left cried murder. Now the left argues that restrictions on social mixing are not enough – we need restrictions on thought and speech, too. Take Paul Mason, whose latest book is How To Stop Fascism and who, last year, warned that a right-wing prime minister was plotting a coup against democracy. He has continually blasted the government for allowing too much freedom. His latest crusade is against lockdown sceptics whose ‘disinformation’ (aka disagreements with the government) he says needs to be ‘suppressed’. Mason wants opponents of the police state to be silenced either by the goverment or by the megacorporations of Silicon Valley. That would represent true ‘leadership’, he says. How To Stop Fascism indeed.

Many self-styled socialists have made it their mission to shut down society, regardless of the cost. And there has been a tremendous cost. One area where this has been most catastrophic is in schools. School closures have been devastating for children, particularly from the poorest backgrounds. While the government has argued that the new strain of the virus makes the most recent round of school closures necessary, the left has been arguing for schools to stay shut since last spring.

Teaching unions and left-wing outlets like Novara Media said that schools were unsafe to open even in June, at the trough of Britain’s epidemic. Novara Media accused ministers of weaponising concerns about disadvantaged students to pursue ‘harmful policies’. The life-ruining harms of denying children a proper education barely raised a squeak.

The costs of lockdown fall overwhelmingly on the working class – the very people the left is supposed to champion. The bank balances of the poorest have been reduced by £170 per month compared with before the lockdown – an astonishing 14 per cent drop. This is despite the unprecedented state support that has been made available to keep jobs afloat. In contrast, those on higher incomes have, on average, saved an extra £400 per month.

The left is simply in denial about this. It presents our state-enforced atomisation as solidarity in action. It does this by decrying any tentative re-opening as sacrificing workers to the cruel whims of billionaires. But in reality, the super-rich are the real beneficiaries of lockdown. The wealth of Britain’s billionaires has grown by 20 per cent – faster than at any time since the Great Depression. The shutdown of society – and its replacement by state and central-bank support – has led to what is arguably the greatest transfer of wealth from poor to rich in history. One that has been supported wholeheartedly by the left.

Instead of recognising that nearly 10 months in and out of lockdown has not succeeded in taking pressure off our clapped-out health service, many on the left engage in the fantasy of ‘Zero Covid’. This strategy has the backing of the Socialist Campaign Group of Labour MPs and Independent SAGE (which one commentator memorably described as ‘SAGE… if you hate the Tories’.

If you thought that Zero Covid sounded like a more reasonable proposition with the arrival of the vaccines, think again. Independent SAGE’s Christine Pagel is calling for lockdown to continue even after the vaccine has been administered to the most vulnerable (by which point the death rate will have collapsed).

Before she was charged with harassment and lost the Labour whip, Claudia Webbe MP was in the Socialist Campaign Group. She now claims that ‘the UK has never properly locked down’. She makes explicit what other leftists try to imply when they cry ‘full lockdown now!’ and rage at the Covid death figures whenever the public is given the most minor reprieve from house arrest. (Many of the left’s most shrill demands for lockdown came last week when most of England was already under the Tier 4 ‘stay at home’ rules – lockdown in all but name.) In doing so, the harms of the lockdown are brushed aside and the fact that thousands have died of Covid regardless of the restrictions is ignored. The scene is set for forever lockdown.

Many might have thought the lowest point of the sorry excuse for what remains of the British left would have been its rejection of the Brexit vote – when it called for millions of working-class votes to be thrown into the shredder to defend the neoliberal EU oligarchy. But it has now spent the whole year demanding that an authoritarian police state enforce policies that have devastated the poor and blighted the lives of disadvantaged children. Surely, it can never recover from this.