Why Leavephobia is getting worse and worse

In 2020, the anti-democrats of the Remainer elite doubled down on their class prejudices. 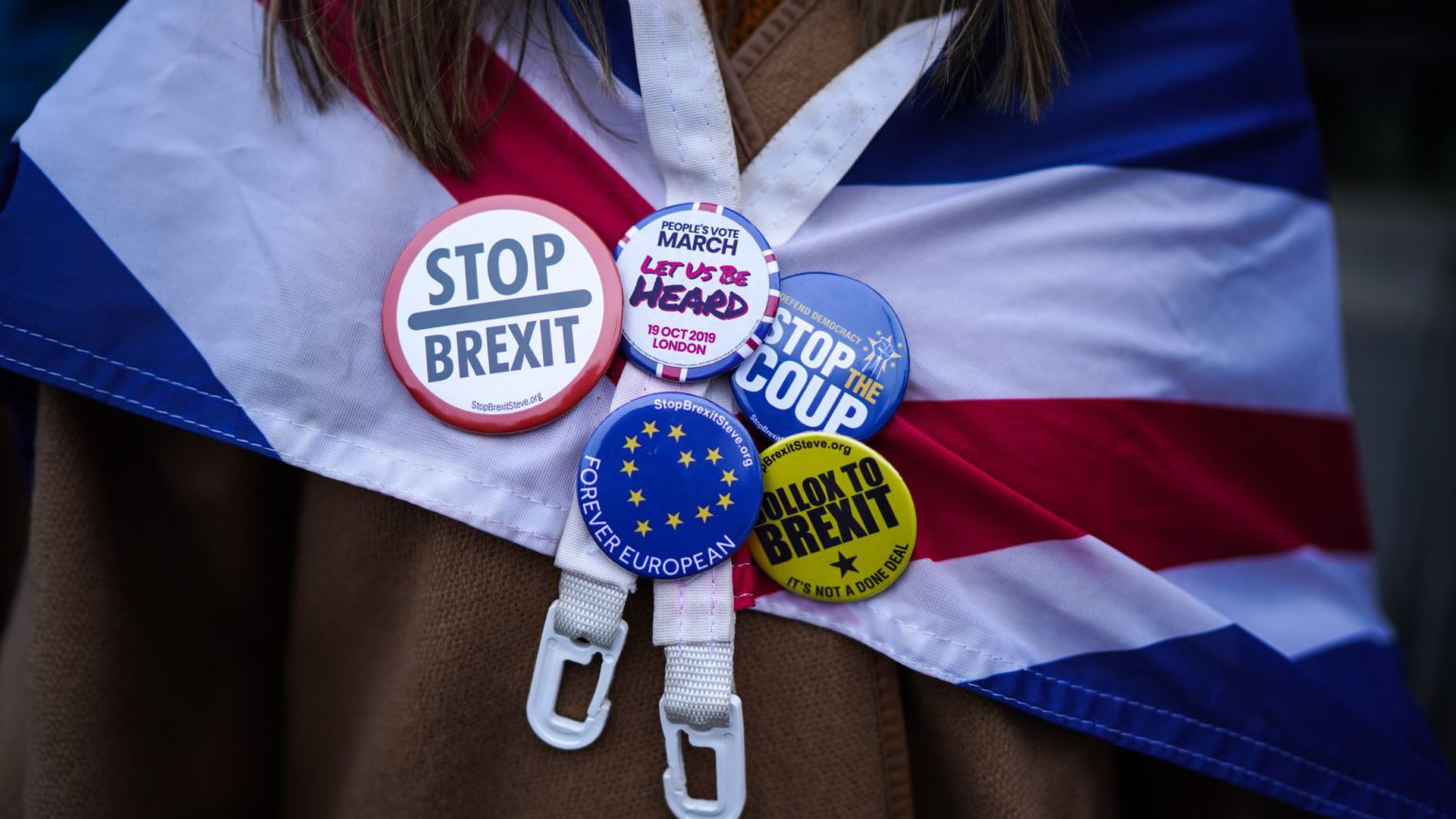 2020 started with a writer for a national newspaper – Tom Peck at the Independent – likening Leave voters to apes. Perusing the thousands of people who gathered in Westminster Square on 31 January to celebrate the UK’s formal exit from the EU, Peck saw nothing more than a swarm of subhumans. This is a ‘knuckle-dragging carnival of the irredeemably stupid’, he said. Knuckle-dragging. It means animalistic. It brought to mind Victorian elitists’ depiction of working people as brutish, stunted, not as developed as us.

And 2020 ends with a writer for the Guardian – Nesrine Malik – going even further, or lower perhaps. Writing this week, she deprives Leave voters of any kind of sentience at all, even of the ‘knuckle-dragging’ variety. The vote for Brexit, she says, is more a story of physics than politics. It was ‘energy conversion’, involving ‘political engineers’ manipulating the resentments and hatreds of them, the unnamed throng. These ‘political engineers’ successfully ‘mined a generation of scattered grievances and forged them into a single demand, to leave the European Union’, says Malik.

From knuckle-draggers to mere ‘energy’; from an ‘irredeemably stupid’ mob to nothing more than a ‘congealed’ resentment that was easily ‘shaped into an explosive’ by cynical demagogues, as Malik this week describes millions of people, millions of voters, her fellow citizens. We need to talk about this. We need to talk about why, four years on, the chattering classes’ vile prejudices against Leave voters are not dissipating, as one might expect them to, but rather are intensifying.

Contempt for Leave voters is the most acceptable prejudice in political and media circles in 21st-century Britain. This is the one group of people you can dehumanise with impunity. Racist, thick, gullible, ‘low information’ – every epithet has been thrown at the 17.4million people who voted Leave. All that Peck and Malik confirm in their hateful pieces that bookend 2020 is what lay behind this elitist contempt for Brexiteers: a view of certain people as inferior to ‘us’; as lacking the basic capacity for free thought; as mere matter, easily moulded, belonging more to the world of physics than the world of politics that the more moral, better educated among us inhabit.

This strategy of dehumanisation was pursued last week by radio host James O’Brien, too. O’Brien is best known for his phone-in conversations, in which he musters his best private-school demeanour to the end of belittling and mocking the idiot plebs who have the temerity to phone him. ‘You fell into a trap’, he told a Leave voter last week. ‘You were led there by incredibly well-funded and well-resourced people.’ There’s that energy conversion again. Then he expresses the belief that lies behind all the bitterest forms of Remainer elitism – that certain voters are so lacking in mental and moral function that they can be made to vote for their own self-harm. ‘You have voted to make yourself and your children and your grandchildren poorer’, he dictated to his inferior, and you did so because you were ‘lied to’.

This ugly conviction that many voters – them, not us – are putty in the hands of demagogues has been widely expressed in 2020. Green writer George Monbiot summed it up when he said that the true story of Brexit, and of other populist revolts, is that ‘the oligarchs have discovered the formula for persuading the poor to vote for the interests of the very rich’. Read that again. It positively drips with class hatred, which is a key component of Leavephobia. It echoes the arguments that were made by the elitists who agitated against expanding the vote to working-class men in the 1840s and to women in the 1910s – that these people, ‘the poor’, being insufficiently educated, were easy prey for demagogues and might be marshalled by political factions to dastardly ends.

One of the most striking things about Leavephobia is that it reserves its most visceral contempt for voters. Members of the Remainer elite might rail against Boris Johnson or Nigel Farage or Vote Leave, but it’s the millions they truly fear and loathe. They criticise the ‘political engineers’, as Malik calls them, but they live in dread of the engineered – the masses. As Observer columnist Nick Cohen has argued, ‘Compulsive liars shouldn’t frighten you… Compulsive believers, on the other hand: they should frighten you’. It is their ‘credulity’ which gives ‘the half-calculating and half-mad’ politicians their power.

Make no mistake: this kind of Leavephobia is not opposition to certain political ideas and political beliefs; it is opposition to democracy itself. The idea of ‘the poor’ being manipulated by magic formulas, of the ‘congealed resentments’ of the masses being weaponised by demagogues, of the credulous throng empowering ‘half-mad’ leaders – it is an explicit calling into question not merely of the vote for Brexit but of the wisdom of consulting the masses on any kind of important political question.

In a sense, this hatred for the demos is not new. During the Civil War, opponents of the radical Leveller idea of involving more and more men in the political process argued that ordinary people were a ‘brutish multitude’ that is ‘void of Reason’. Similar things were said against the Chartists: uneducated men, given the vote, would be exploited and marched by duplicitous political operators, their critics argued. This elitist anti-democracy is back.

But why is it getting worse? Why has Leavephobia been even more unrestrained in 2020, four years after the Leave vote? It’s because the battle over Brexit is not really about the EU, or at least not only about the EU. More fundamentally it touches upon, and blows open, the unresolved historical battle for democracy here at home, in the UK. What has been exposed by the Brexit process is not only the ruthless self-interest and tendency towards technocracy of the EU, but also the fragility of democracy in the UK and the continued existence of a powerful class of people uncomfortable, after all these centuries, with the involvement of the ‘brutish multitude’ in political life.

Indeed, the more that the actual vote for Brexit recedes into history, the clearer the true animus of the Remainer elite becomes. Their technical moaning about the referendum being ‘advisory’ and their conspiracy theories about Russia being behind the Leave vote have fallen away to reveal the true heart of their political agitation – a belief that ordinary people are not suited to political decision-making, which of course is just a way of saying that democracy is a mistake.

In Monbiot, Malik, O’Brien and many others, we have people from incredibly privileged backgrounds looking down on ‘the poor’, the easily manipulated, mere particles moved around in a game of physics by their masters. But in the broader Remainer reaction against Brexit, we have a revival of the long-standing historical opposition to the belief that everyday people should get to decide the fate of their nation and the fate of their own lives. This is why Brexit won’t end when a deal is struck – because this is more than a battle to leave the EU; it’s a battle to defend the masses’ democratic rights against a political elite which in 2020 has truly bared its teeth.