Neil Basu should stick to the day job

The counter-terrorism chief wants new laws to censor anti-vaxxers. What on earth has this got to do with him? 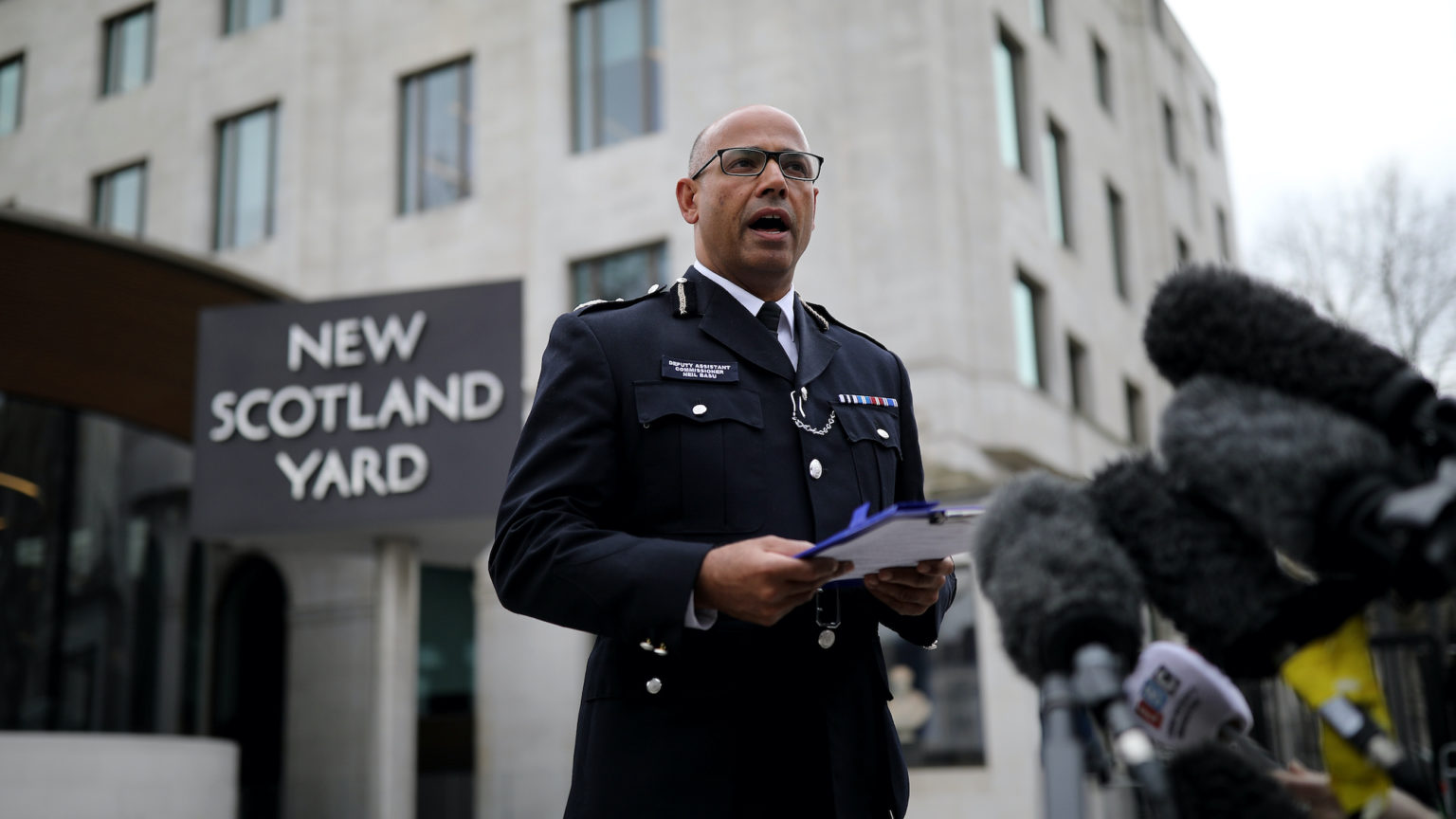 2020 has been the worst year for civil liberties in Britain in many decades. We have lost the right to freedom of assembly and the right to protest, restrictions have been placed on our freedom to move between different towns and cities, and even on what we may buy in the shops. Bastions of British culture such as the pub and the football terrace have been closed by government diktat. When Orwell wrote of ‘old maids biking to Holy Communion through the mists of the Autumn morning’, he did not foresee that less than a century later, even the churches would be closed.

There may be more to come. Assistant commissioner of the Metropolitan Police Neil Basu has called for a ‘debate’ on whether to introduce new laws to ‘punish’ those who spread ‘anti-vaccination conspiracy theories’. In this, Basu follows concerns raised by the Labour Party’s shadow health spokesman, Jon Ashworth, and Labour leader Sir Keir Starmer. However, in suggesting the need for legislation and the criminalisation of anti-vaccination activists, Basu, a public official, appears to be running ahead of the politicians.

There are several points to make about Neil Basu’s prominence in this debate. The first is to ask whether he should be there at all. Basu is a senior police officer whose primary focus is counter-terrorism. It is not clear why debates surrounding the political and medical response to a pandemic is any of his business. A second issue is how Basu found the time for this intervention – not least when the authorities have repeatedly stressed the scale of the terrorist threat facing Britain. After the jihadist outrages of 2017, there were believed to be some 3,000 terror suspects under active investigation in the UK and 20,000 who had been of interest in the past. This year that latter figure was raised to 40,000. Recent terror attacks in France and Austria serve as a further reminder that the threat from Islamist terrorism has not gone away.

In the Evening Standard’s coverage of Basu’s ralling cry against the anti-vaxxers, tucked away at the bottom of the article were a few lines about the introduction of a new counter-terrorism website, Act Early. ‘The move is prompted by fears that some vulnerable people are having reduced contact with teachers, health staff, social workers or others who might normally spot signs of danger’, the article warned. The ‘reduced contact’ is of course because of a policy the article avoids directly naming – lockdown. Perhaps we need to be discussing some of the damage the lockdown is doing to counter-terror services?

Proscribing online criticism of vaccinations, or the scientists and companies who develop them, is a worrying step for any liberal democracy to take. Voicing a fringe opinion or being incorrect should not be a crime. If people wish to believe the earth is flat or that no planes hit the twin towers on 9/11, that is their business.

The best way to address any reluctance to receive a viable Covid-19 vaccine is for medical experts to make their case with the evidence for that vaccine’s effectiveness and safety. The bulk of the public will then follow.

How, then, to deal with those campaigners Basu is so concerned about? Arresting and prosecuting dissenting voices risks making martyrs and adding genuine grievances to the anti-vaxxers’ shaky evidence base. Conspiracy theorists tend to have a ‘join the dots’ approach to evidence and the authorities should be careful not to mark the page for them. Let the anti-vaxxers speak and they will likely be countered by the voices of their friends, neighbours and family members. We need to talk about contentious issues like vaccination more, not less.

There may be a wider agenda that sits behind Neil Basu’s intervention. The higher his profile, and the greater his utility to politicians, the better his chance of becoming a future commissioner of the Metropolitan Police. A clampdown on ‘dangerous’ internet usage sits very nicely with the priorities of London mayor Sadiq Khan.

Basu has previously staked his claim for the hearts and minds of our liberal elites by encouraging discussion of whether terms like ‘Islamist’ and ‘jihadist’ should be dropped from the reporting of… jihadist violence. Although interestingly, when talking to fellow counter-terrorism professionals, Basu does admit the threat from far-right terrorism, while it exists, is not on the scale of that from what he euphemistically calls the ‘IS-inspired or directed [threat] or the AQ [threat]’. While clumsy to the eye, such strangulated terminology does him no harm in building the alliances that are needed to progress to the very top.

The role of the ‘liberal’ policeman is by now a familiar one. For many years, the leader of the National Black Police Association, Ali Dizaei, staked out a space on the comfy sofas of our TV studios and column inches in the Guardian where he explained why a policeman’s lot was not a happy one, due to racism.

Others go public only after retirement. The former head of the Metropolitan Police’s Muslim Contact Unit, Bob Lambert, became an academic with a high media profile. Loved by critical theorists due to his opposition to ‘Islamophobia’, Lambert’s career soared until he was exposed as the former head of the Met’s Special Demonstration Squad in the Spycops scandal. In more recent times, former Met chief superintendent Dal Babu has worked the TV studios complaining about how beastly we are all being to ISIS bride Shamima Begum.

Basu could yet soar above them all. But for the general public, and our civil liberties, his best place is behind his desk, fighting terrorism instead of butting into debates about politics and public health.