The shameful silence on France

Even after the slaughter in Nice, too many Western liberals are cravenly quiet about the jihad against the French Republic. 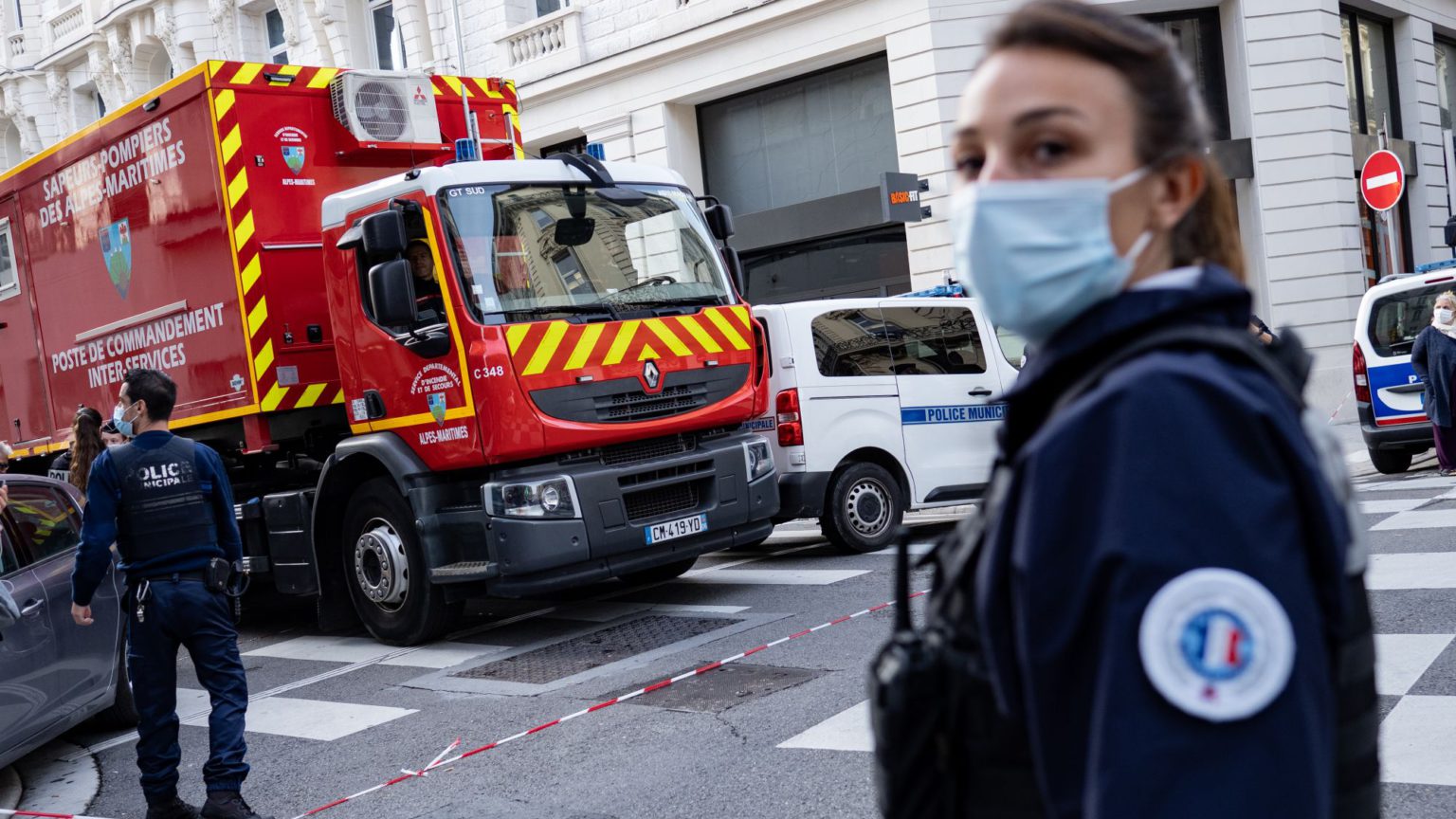 And still they’re silent. Even following the decapitation of an elderly woman while she was praying at church. Even following the stabbing to death of two others whose only crime was to be Christians attending the Notre-Dame church in Nice. Even after these latest acts of barbaric intolerance, of Islamo-fascism, as the mayor of Nice aptly described it this morning, the West’s self-styled guardians of liberal thought and usually noisy anti-fascists are silent. No hashtags, no angry commentary, no clear, unconditional expression of solidarity with the French Republic. Just another round of craven hush, of looking the other way.

The news from Nice is grim, even by the standards of the Islamist horrors that have rocked France in recent years. A man with a knife ‘repeated endlessly’ the Islamic phrase ‘Allahu Akbar’ as he stabbed and slit the throats of churchgoers. The elderly woman merely wanted to pray; she was ‘virtually beheaded’. A man’s throat was cut open. Another woman managed to flee after being stabbed numerous times, but she died shortly afterwards, after taking refuge in a cafe. It was an ‘Islamist terrorist attack’, said President Macron, and it is surely an indictment of the West’s cowardly culture of silence in relation to Islamist extremism that it feels odd to hear a Western leader firmly use the i-word – Islamist – to describe one of these acts. Normally euphemism abounds. They’re ‘knife attacks’, as the New York Times infamously referred to the Islamist beheading of schoolteacher Samuel Paty two weeks ago. Macron has dispensed with such dishonest terminology and said outright what threatens France right now: a separatist and increasingly deranged form of Islamist extremism.

Many people should be taking a long hard look in the mirror today following this slaughter of Christians in Nice. The cynical demagogues of the Muslim world, in particular Erdogan in Turkey, have whipped up hatred for France over the past week, branding it a foul Islamophobic country simply because President Macron has promised to confront and defeat Islamist extremism. These people have helped to stir up the Francophobic jihad of which today’s attack in Nice is the latest bloody expression. And then there’s the political figures and opinion-formers in the West who responded to the beheading of Samuel Paty either by shamefully zipping their lip or by engaging in the contemptible apologism of ‘but’ – ‘Of course Paty shouldn’t have been murdered, but it is wrong to display caricatures of Muhammad’. These people, too, cannot be surprised that France is still under attack from regressive religionists, given they refused to defend France the last time it happened; given they have drifted dangerously close many times to suggesting that France brings these attacks on itself by permitting ‘Islamophobic’ speech.

Unique among all forms of violent extremism, Islamist terrorism is always viewed as a response to a provocation. If Charlie Hebdo hadn’t published those cartoons, the massacre wouldn’t have happened. If Samuel Paty hadn’t shown kids a picture of Muhammad’s arse, he wouldn’t have become a target for attack. This is as morally degenerate as it would be to say that the Muslims massacred in Christchurch by the racist terrorist Brenton Tarrant brought it upon themselves by attending mosque – don’t they know that’s offensive to white-nationalist extremists? What will the unprincipled excuse-makers for Islamist violence, these people who genuinely believe that France’s ‘Islamophobia’ is a key reason 250 of its citizens have been slaughtered over the past five years, say after Nice? That an old woman going to a Christian church is a provocation? That such public displays of fealty to Christianity are bound to upset Islamists and therefore people should stop doing it? That would be the logical conclusion to the depraved victim-blaming they have engaged in following the Charlie Hebdo, Paty and other atrocities.

The failure of too many liberals to take a stand against the Islamist threat to life and liberty in France makes it harder for us to confront these violent regressive forces. Worse, their criticism of the victims – whether it was famous novelists criticising American PEN’s decision to give a bravery award to Charlie Hebdo or people responding to the beheading of Samuel Paty by talking about the problem of the caricatures – plays into the censorious extremism and violent cult of victimhood that are key aspects of the radical Islamist worldview. Indeed, one of the most worrying trends of our time is the interplay between the woke elites of the West and the ISIS-inspired extremists carrying out barbarous assaults in France and elsewhere: both believe that criticising Islam is wicked and punishable. One side calls it ‘Islamophobia’ and wants to No Platform it, the other calls it blasphemy and wants to execute its practitioners.

How will they explain the ‘virtual beheading’ of the elderly lady in Nice? She did nothing wrong. But then, crucially, neither did Charlie Hebdo or Samuel Paty. All these people were merely seeking to live their lives and express their beliefs in the way that feels best for them. Anyone who has so much as hinted at the possibility that the victims of terrorism in France brought their fate on themselves – by speaking or behaving in a particular way – has abandoned the cause of freedom and thrown his lot in with the extremist view that violence is an inevitable, if not understandable, response to those who would dare, whether wittingly or unwittingly, to upset Islamist sensitivities. That’s the question now: will we stand with the French Republic against its internal foe of radical Islam, or will we not? The silence and apologism of too many in the West suggests they’ve made their choice: they have chosen to abandon France when it needs us most.