We need to take back control from the government

Covid authoritarianism is out of control. It’s time the people pushed back. 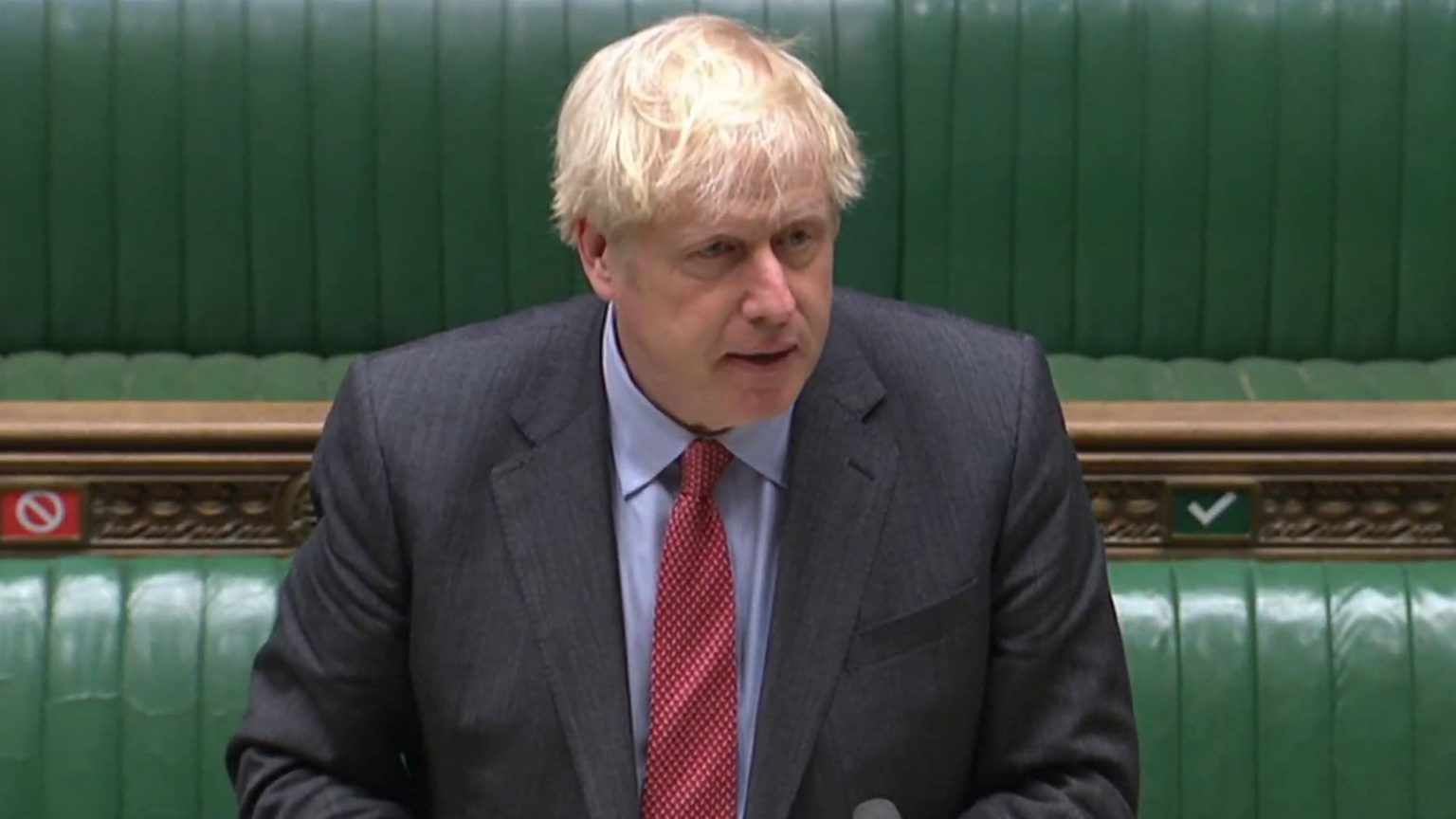 We can’t go on like this. We cannot continue to allow the government to control every aspect of our lives. We cannot idly accept that the state has the right to introduce rules and regulations that dictate everything from how long we can stay in the pub to who we can invite to our weddings. We cannot sit back and watch as government scientists use jumped-up, fact-lite graphs of fear to try to terrify and pacify the populace and prep us for yet another onslaught on our liberties. We cannot just watch and nod as officials shut down more areas of the economy, with a stroke of their pen, plunging Britain further into the worst recession on record. This is not sustainable. Something has to give, something has to break. The only important question right now is this: how can we make sure that happens?

Today, Boris Johnson announced a new round of restrictions on our lives and liberties. Pubs and restaurants across the land will have to close at 10pm. Cops and Covid marshalls will patrol pubs and levy fines against any establishment that dares to serve a pint at a minute past 10. More workers, including bar staff and shop workers, will be compelled to wear masks. Fines for failing to wear a mask or follow other Covid rules will be raised to £200. Anyone planning a wedding for 30 people will need to rethink – the government has decreed that no more than 15 people may celebrate your nuptials. The irrational ‘Rule of Six’ – why not a rule of five? Or seven? Or 12? – has been extended to include indoor sports. And people are once again being told to work from home, having just a few weeks ago been told to get back to the office. And all of this new authoritarianism could last for six months. Six months.

Just like that, the government has ruled that for six months you cannot have a proper piss-up, cannot have a medium-sized wedding, cannot go anywhere without masking up first, cannot play a five-a-side football match indoors. And, naturally, this is all being done in the name of protecting the NHS from a potential catastrophic hike in Covid cases, which is also the justification for the numerous other unprecedented restrictions on our liberties outlined in the Coronavirus Act and recent ministerial decrees. It feels like Groundhog Day. This stopping and starting and stopping again of everyday life is incredibly disorientating and destructive. It leads to a kind of permanent limbo, with people’s lives and plans held in suspension. It robs us of our agency, of our ability to plot our own destinies, of our capacity to be free, meaningful citizens. It reduces us to passive creatures whose only role is to follow rules. The government is demoralising the public to an extraordinary degree.

The knock-on effect of the new rules, combined with the already existing rules, will be devastating. Nightlife has essentially been cancelled. Some of the hospitality industry simply will not survive this six-month decree that they cannot stay open past 10. The work-at-home guidelines will once again hit offices and the myriad food and drink outlets in town and city centres that rely on the footfall of the workforce. Economic recovery will be put off. High streets will wither. And there will be health impacts, too. We know that during the original lockdown the almost religious cry of ‘Protect the NHS!’ led to numerous people avoiding health services even when they were very ill – causing a rise in deaths by stroke and heart attack at home – and to essential cancer services and other treatments being put on hold. Suspending normal life as a kind of offering to the god of Covid that it might not smite us so harshly is not only irrational and illiberal – it is dangerous. To obsess over a virus that was not even in the Top 20 causes of death in England in August is bad for our health.

And what is the evidence for these latest restrictions that will blight our social and personal lives for up to six months? Essentially a graph unveiled by Chris Whitty and Patrick Vallance, the chief medical and scientific officers respectively, at an address to the nation yesterday. This struck many of us as one of the most cynical political deployments of expertise of recent times. There were no questions from journalists, far less from the public; just two authoritative voices holding up a terrifying looking graph in a fairly transparent effort to weaken public resolve ahead of what has been announced today – the new restrictions. That the graph was based, like so much of the scientific advice of late, on modelling, and on worst-case scenario modelling at that, confirmed that our leaders are now driven by dread and panic rather than by reason. They seem to have no desire to preserve the freedom and productivity of daily life (alongside making very targeted efforts to protect vulnerable groups from Covid, of course).

Probably the worst thing about Boris Johnson’s unveiling of the new restrictions today was the threats he issued alongside them. The government ‘reserves the right’, he said, ‘to deploy greater firepower, with significantly greater restrictions’. The government is threatening the public. It is infantilising us, treating us as wayward children in need of ever-stiffer reprimands. Scottish first minister Nicola Sturgeon, an even more natural authoritarian than Johnson, has today decreed that Scots may no longer mix with people from other households. Is this next for England – a six-month ban on visiting family and friends? These outrages cannot continue. They are inhuman and unworkable. The current threat level of Covid does not justify them, and a properly free, liberal society should not tolerate them.

Here is what is so toxic about Johnson’s threat to unleash even more authoritarianism on the public. It sends the message that we are no longer in control of our lives. Individuals and communities can no longer think and decide for themselves. Instead our job is merely to nod along to officialdom’s fear-fuelled diktats. They are asking us to sacrifice our autonomy and even our citizenry to the end of doing something that is ridiculous, if not impossible: hiding away forever from a virus. Enough. This madness cannot continue. The opposition, the media elites, human-rights groups, civic society and even the radical left have proven themselves utterly incapable of challenging the government’s suspension of freedom, rationalism and community life, and so it falls to us, the people, to do something.

We need a collective, democratic pushback against officialdom’s relentless demoralisation of the public, and a loud assertion of our right to take risks and to carry on living as we see fit. Post-10pm speakeasies, large weddings, visits to loved ones, big public gatherings and protests… these are the civic-minded acts we need right now.