Political change is necessary. But the only people capable of bringing it about are the Lebanese people themselves. 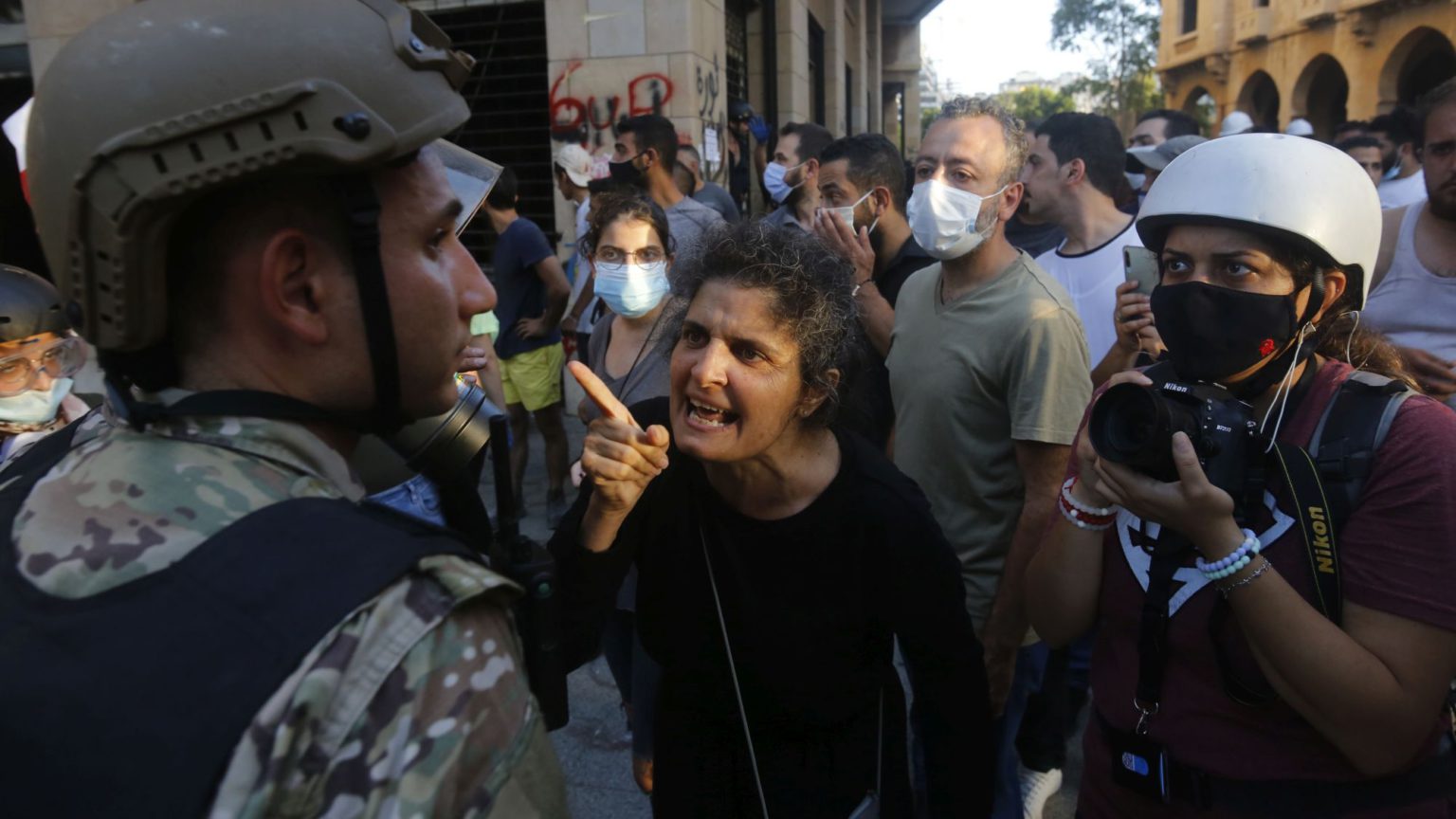 After the explosion that laid waste to Beirut’s port area, killing over 200 people and injuring many more, Lebanon needs the spontaneous offers of financial and emergency aid that have come its way from governments and citizens around the world. But what it does not need is for Western powers, cheered on by the usual cast of liberal colonialists, to get stuck into Lebanese politics itself.

Not that a full-scale Western intervention is explicitly on the table. But it is there, lingering unsaid in the background to Western politicians’ and pundits’ talk of the ‘endemic corruption’ of Lebanese, and more broadly Middle Eastern politics. Such talk all too often assumes that what these people need – what they always need – is the guiding hand of their one-time colonisers. And no doubt the temptation to up the interventionist ante has increased after Monday’s mass resignation of government ministers in Lebanon.

French president Emmanual Macron has already come close to advocating political intervention. He was the first Western head of state to pose amid the ruins of Beirut’s port last week, before addressing locals in Gemmayze, a neighbourhood near the port. It was as if Macron, not the despised Michel Aoun, was Lebanon’s president. He spoke of the ‘friendship’ between Lebanon and France and of the need for an ‘international inquiry’, and, more ominously, he acted as if he was the arbitrator of Lebanon’s future. ‘I will talk to all political forces to ask them for a new pact’, he said. ‘I am here today to propose a new political pact to them. If they don’t [listen], I will take my responsibilities.’ We can only guess at his and other external actors’ involvement in the government’s decision to resign.

His address to his proxy nation, greeted by chants demanding the guillotining of Lebanon’s leaders, clearly wasn’t falling on deaf ears. Within hours, a group of Lebanese citizens had launched a petition, picking up over 55,000 signatures, calling for Lebanon to ‘be placed back under a French mandate in order to establish clean and durable governance’.

Quite why France would be the source of ‘clean and durable governance’ is unclear. France was given a mandate over Lebanon (and Syria) in 1923 as part of the post-First World War carve-up of the Middle East among the Allied powers. Twenty years later, even after many other nations had recognised Lebanon’s independence, General de Gaulle’s France refused to so, violently clinging on to power until the bitter end, which eventually arrived with Lebanon’s independence on 22 November 1943. Ironically, thanks to the National Pact of 1943, France’s greatest legacy in Lebanon today is to have helped perpetuate the divisive political system of multi-confessionalism, in which Lebanon’s religious groups all partake in political rule to their mutual, corrupting self-interest.

One can at least see why Macron is enjoying flirting with the expansion of France’s neocolonial role, this time in Lebanon. Like Bill Clinton in Kosovo, Blair and Bush in Iraq, and Nikolas Sarkozy in Libya, he has been seduced by the opportunity to grandstand on the international stage. The chance, that is, to show the moral leadership globally that he is incapable of showing domestically. And, amid persistently low domestic poll ratings, he is probably even enjoying the acclaim of some Lebanese people, whose understandable loathing of their own political class has driven them to look to a technocrat like Macron for succour.

They have lived through and experienced the corruption and rot of the Lebanese state at least since Hezbollah and assorted Sunni, Shia and Christian political cliques stitched up power-sharing between themselves, in the aftermath of the 1975-90 civil war. They have seen unemployment rates soar, the currency devalued, and food become scarce. They have watched as Lebanon’s already creaking infrastructure struggled to cope with the influx of 1.5million migrants from the war in Syria.

And crucially they have already started to rebel. First, in October, when, in response to the government’s desperate attempt to extract more money from its citizens through a tax on WhatsApp calls, they came out on to the streets demanding the overthrow of the entire political class – ‘all of them means all of them’, as the popular chant put it. It prompted the resignation of then prime minister Saad Hariri. And now, in the tragic aftermath of the port blast, protesters are out again, with the Arab Spring-era slogan – ‘the people want the fall of the regime – sounding in Beirut’s debris-strewn streets. These protests have already led to the resignation of the government.

It is from this burgeoning protest movement that lasting political transformation will come – not the French government, or the EU, or the UN. For it is only through this increasingly popular struggle against a thoroughly illegitimate state that the bodies, organisations and ideas that can take Lebanon forward will emerge.

If anything, Western meddling will stymie, perhaps even stop, any popular struggle against Lebanon’s wretched political class. It will turn an emergent struggle within Lebanon, guided by the ideas and interests of sections of the Lebanese people, into one directed from without, driven by the needs and interests of foreign states and financial institutions. Indeed, it was worrying that, having met Lebanon’s ruling factions, including Hezbollah, Macron was moved to call for a ‘government of national unity’ – which is the very logic that seeded today’s coalition of self-interested ruling cabals, each nominally representative of Lebanon’s diverse religious make-up.

The status quo, even if it is dressed in new clothes, is the last thing the people of Lebanon want. For too long Lebanon’s political affairs have been partially dictated by the conflicting interests of external powers, from Saudi Arabia and Iran to the US and France. Now, more than ever, the Lebanese people need the chance to determine their own national future.