Why the capitalist class will be the big winners from Black Lives Matter. 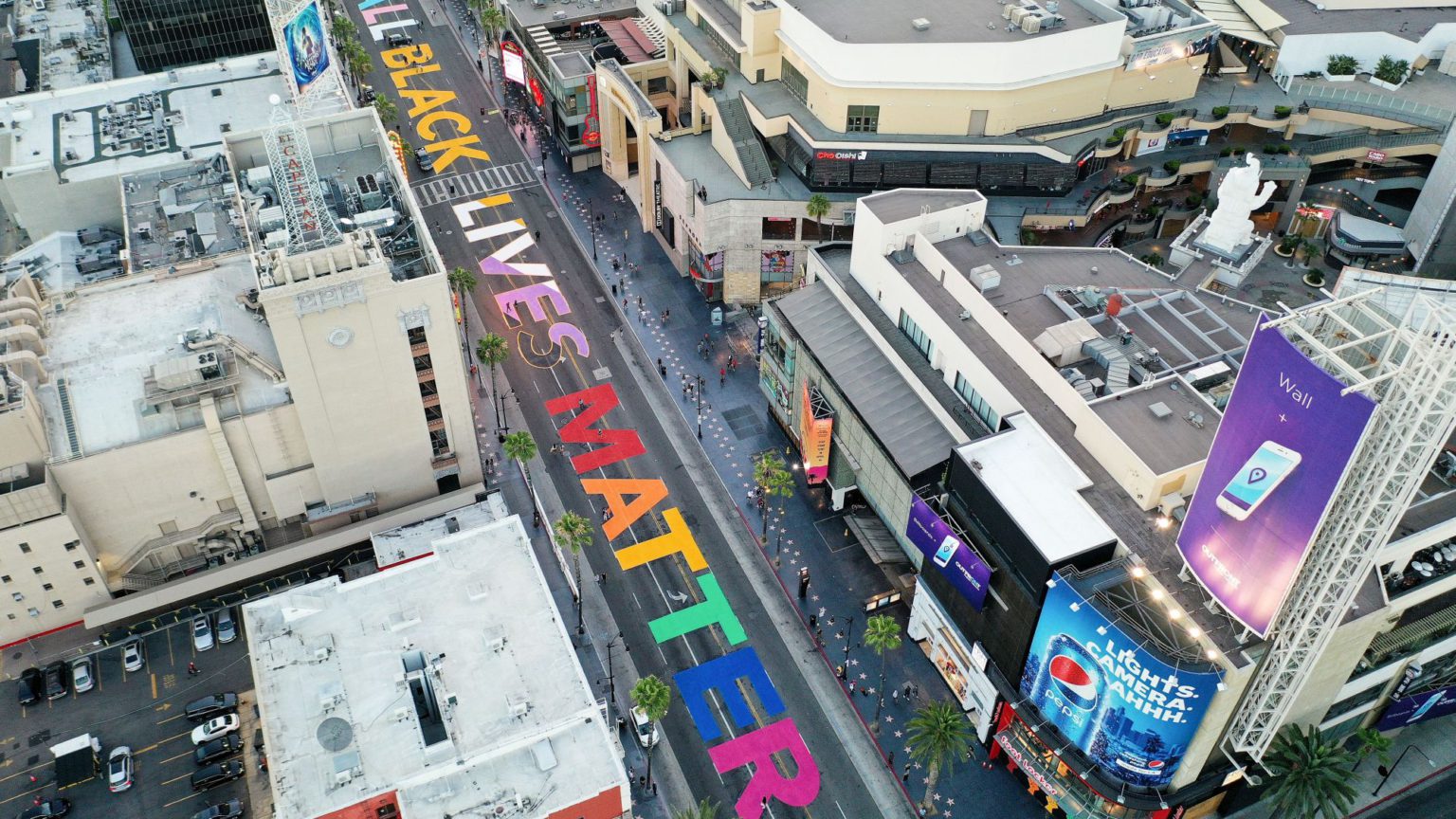 It can’t have escaped people’s notice that the Black Lives Matter protests which erupted in the wake of the brutal killing of George Floyd have had the overwhelming backing of the capitalist elites.

Social media were awash with black squares as every brand under the sun took part in #BlackOutTuesday in favour of the protests. Apple – the world’s wealthiest tech company – replaced all of the radio stations on its music app with a single stream playing NWA’s ‘Fuck Tha Police’. Lego – the world’s largest toy company – pulled advertising for its police-related toys. Ben & Jerry’s ice cream – owned by Unilever, one of the world’s largest consumer-goods producers – made a solemn promise to ‘dismantle white supremacy’. The very few companies that didn’t take part were loudly denounced and heads were made to roll.

Fox News was widely criticised for producing a tasteless graphic which highlighted the stock-market gains in the immediate aftermath of George Floyd’s murder. It also compared them to the gains made following similar racist atrocities in the US. It showed that the S&P rose by 3.4 per cent following Floyd’s killing. This was compared to a rise of just 2.9 per cent following Martin Luther King’s assassination (which sparked the riots of 1968), and 1.2 per cent after both the acquittal of the police officers who brutalised Rodney King (leading to the LA riots of 1992) and the police killing of Michael Brown (which sparked the Ferguson uprising of 2014).

The Fox graphic said the quiet part out loud – that the brutal execution of an innocent black man would be a good opportunity for business. Why? Because it would offer every brand the opportunity to restate its commitment to the vaguely defined values of diversity and inclusion and to present itself as a force for progress in a cruel, heartless and reactionary world. This is surely what Jamie Dimon, the CEO of JPMorgan Chase (America’s largest bank), was communicating when he ‘took the knee’ in front of a giant open bank vault.

On the whole, wokeness is good for business. According to an Edelman survey of 35 countries, 64 per cent of customers say they would reward firms for taking a stand on social issues. This isn’t a foolproof strategy. Gillette showed it was posible to ‘go woke and go broke’ when it insulted its male consumer base by deriding ‘toxic masculinity’ in one of its adverts. But in general, the risks are low and ‘taking a stand’ is inexpensive, while the rewards are potentially high. When Nike launched an advertising campaign with NFL player Colin Kaepernick – who had been sacked for taking the knee – its sales were boosted by billions.

Some have questioned whether companies are as committed to social-justice causes as they claim. The BBC, for instance, notes that many of the firms that have praised Black Lives Matter have very few black people in leadership positions. Others have noted that the employment practices of those who supply the likes of Nike and Apple in the developing world are not all that unlike slavery. But overwhelmingly, it seems that woke gestures are enough to burnish a brand’s reputation.

Consider Dow Chemical, a company which made napalm for the US military during the Vietnam War. It is also considered to be liable for the world’s worst industrial disaster – the Bhopal gas tragedy, which killed at least 3,000 people. Last year, Bloomberg Businessweek devoted a feature to how ‘Dow Chemical got woke’. The standfirst featured the following astonishing sentence, which seemed to imply that the second half cancelled out the first: ‘The big conservative chemical company with a legacy of making napalm during the Vietnam War has a gay CEO.’ Wokeness absolves all sins, it seems.

It is easy to portray these moves as mere cynicism or ‘wokewashing’. But the embrace of these values by the corporate world is very real. Capitalism has struggled to justify its existence for decades, especially since the dawn of the Long Depression from the 1970s onwards. It has stagnated and struggled to provide Westerners with the growing abundance we once expected, though it has managed to coast in the knowledge that there is no serious alternative. Wokeness offers the capitalist class a new sense of mission and moral purpose. There is a similar dynamic at play with ‘sustainability’ and green capitalism.

And it’s not just brands who are benefitting. A whole diversity-and-inclusion industry has emerged. According to Iris Bohnet, in an interview with McKinsey consultants, US companies spend an estimated $8 billion on diversity training alone – though Bohnet could not find any evidence that this has led to increased diversity. Yet corporate enthusiasm for diversity remains undiminished. It is a mission without end.

Private consultancy on race and diversity can be a good money spinner, too. The book White Fragilty recently rocketed back to the top of the New York Times bestseller list. Its (white) author, Robin DiAngelo, is a corporate consultant, and much of her book reads like an advert for her consultancy. It was recently discovered that one of her unlikely clients for her race-awareness training was the Trump administration.

Industries and sectors which are already diverse still insist on finding more diversity. For instance, the UK TV industry’s latest Creative Diversity Network report finds that ‘those who identify as female, transgender, BAME and lesbian, gay or bisexual (LGB) are all represented at levels comparable with (or above) national population estimates’. The BAME population is actually more prevalent on screen than in the country as a whole – making up nearly 23 per cent of screen contributions but just 14 per cent of the population. The job of diversity seems to be largely done, but there is a lot of money available which depends on people pretending otherwise.

In the public sector, diversity and inclusion is practically a religion. Even the NHS, which everyone knows has a disproportionate number of BAME doctors and nurses, is engaged in a bizarre drive for more diversity. One in five NHS staff is BAME and a whopping 30 per cent of doctors have an Asian background. Most normal people couldn’t care less about the skin colour of the people saving their lives. Nevertheless, hospital trusts across the country are employing diversity managers, some of whom are earning around £70,000 per year from the taxpayer.

Ultimately, the questions we should ask about all political movements is who benefits. Whether Black Lives Matter and the cultural revolution unfolding in its wake has any benefit for black people on the poverty line or facing police violence is yet to be seen.

The capitalist class and the public-sector middle classes, on the other hand, have found an unparalleled opportunity for moral and spiritual renewal. They will be the guardians and facilitators of the new woke morality, and therefore its chief beneficiaries – both financially and reputationally.