Much has improved since those riots but our expectations of equality have tragically diminished. 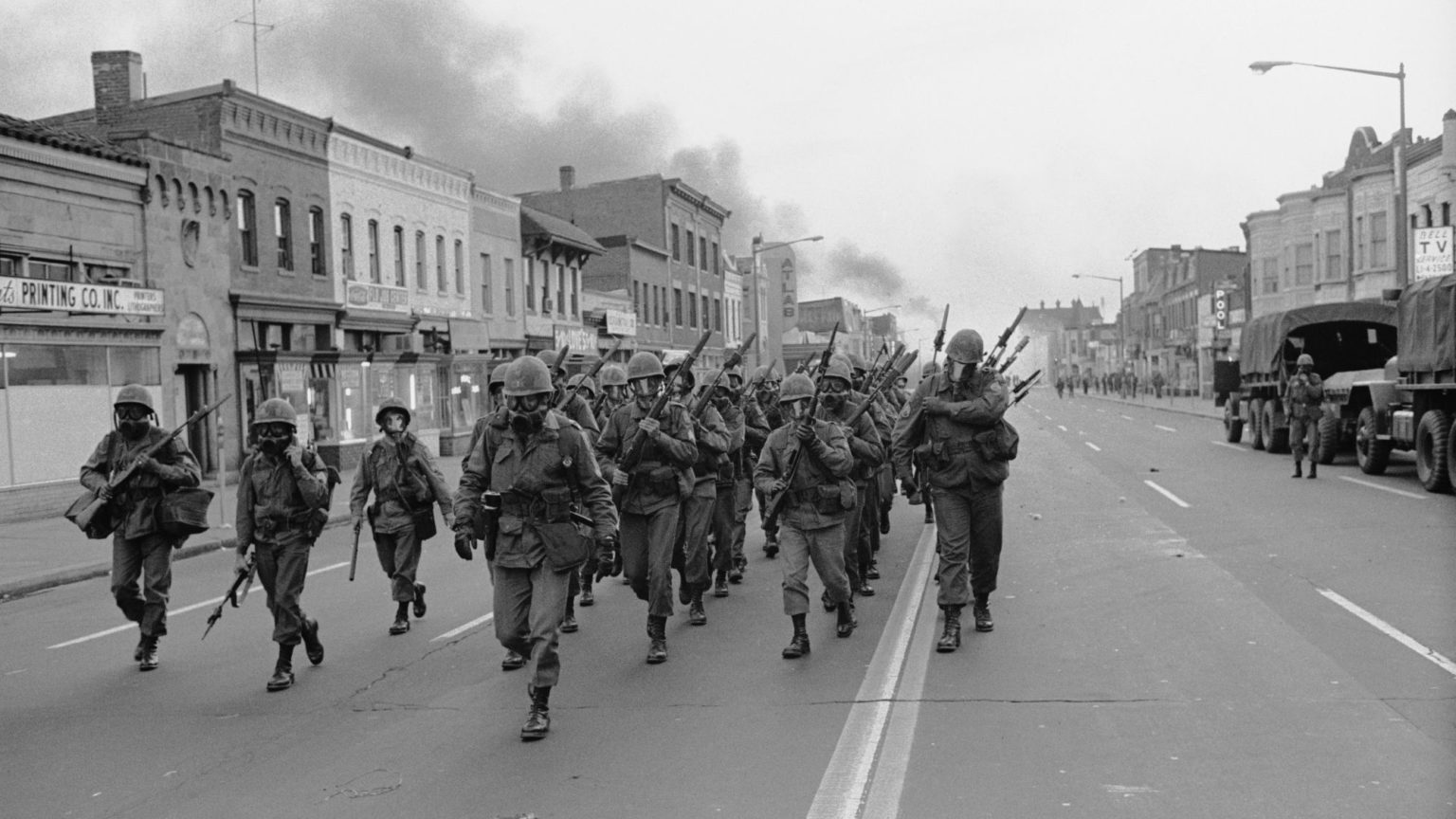 It has proved very tempting for those who observe the protests and rioting over the appalling killing of George Floyd to compare the disturbances with the heady, rebellious days of 1968, the last time when widespread rioting broke out throughout the United States.

Princeton historian Kevin M Kruse tweeted: ‘This past week has felt like a replay of Chicago 1968 all across the nation.’ Walter Shapiro of the New Republic declared: ‘The parallel on everyone’s lips is 1968 – that wrenching year of assassination, riot, racism, war and the breakdown of the bonds that hold us together as a people.’ James Fallows made a similar point in the Atlantic, remembering 1968 but calling 2020 ‘the second-most traumatic year’.

Donald Trump has leapt on the comparison, noting that the successful Republican candidate for the 1968 presidential election, Richard Nixon, employed a law-and-order strategy. ‘I am your president of law and order’, Trump said in a speech. He has also tweeted ‘LAW & ORDER’ in all-caps to underscore the point. New York Times columnist Ross Douthat, anti-Trump pundit Tom Nichols and some of Trump’s advisers predict a backlash to the chaos that will benefit Trump in November.

So how useful are the comparisons to 1968? There are superficial similarities. 1968 was, of course, like 2020, a federal election year. A deadly virus – the so-called Hong Kong flu – killed tens of thousands of people. The nation stood at a crossroads as the grand expectations of the 1960s gave way to the lower horizons of the 1970s.

For African-Americans, there are many depressing continuities. African-Americans remain near the bottom of American society in terms of wealth. Family income compared to whites has hardly changed at all since the 1950s. And they are overrepresented in the prison population by a factor of five.

Complaints about police brutality towards blacks have also been heard for more than 50 years. It is worth remembering that Martin Luther King’s ‘I have a dream’ speech contained the line: ‘We can never be satisfied as long as the Negro is the victim of the unspeakable horrors of police brutality.’ Today, not surprisingly, few are satisfied.

Yet the differences between the crucial year of 1968 and today far outweigh the similarities. The disturbances around the country may appear huge, but that is because we see more of them through the medium of phone cameras. It is also likely that police killings of black civilians were more prevalent back then but were seen less than today. In fact, compared to 1968, the events of the last week are minuscule. The wave of rioting occurring after the assassination of Dr King on 4 April 1968 was the greatest social unrest in the United States since the Civil War.

Many expressed disgust that Trump sent in troops to calm the situation in Washington. In 1968, President Lyndon B Johnson expressed sympathy with the anger in ghettoes. According to his press secretary, Johnson said: ‘What did you expect?… When you put your foot on a man’s neck and hold him down for 300 years, and then you let him up, what’s he going to do?’ But despite Johnson’s expression of sympathy, he ordered 11,850 federal troops and 1,750 DC National Guardsmen on to the streets of DC to assist the hopelessly outnumbered police. Marines mounted machine guns on the steps of the Capitol while army soldiers guarded the White House. By the time the city was considered pacified on Sunday, 8 April, some 1,200 buildings had been burnt.

In Chicago, between 4 and 7 April, 11 people died, 500 were injured, and 2,150 had been arrested. Over 200 buildings were damaged in the disturbances, with damage costs running up to $10million. The south-side ghetto remained peaceful, largely because two gangs – the Blackstone Rangers and the East Side Disciples – cooperated to control their neighbourhoods. In myriad other cities affected by rioting, troops occupied the streets. In Wilmington, Delaware, the National Guard occupied the city for more than nine months.

Like the historical inaccuracies of the 1619 Project, some are simply projecting their own view of the present into history. In the Nation, Jeet Heer claims riots – or ‘uprisings’ – against police violence are a constant: ‘Race riots in America follow a clear pattern of reaction to police demonstrations of basic contempt for black citizenship… protests against police violence flared up regularly, as with the 1919 riot in Chicago and the 1943 uprising in Detroit.’

In fact, Heer inadvertently shows that African-Americans’ lives are, in some ways, better than in the past. The so-called uprising in Detroit was an uprising of white residents against blacks coming into their neighbourhood. Back then, African-American community leaders pleaded for Mayor Edward J Jeffries to call in help from national troops. In 1919 in Chicago, a black boy swimming on the ‘white side’ of a beach was stoned to death. Most of the violence was from white vigilantes towards blacks. White vigilantes hardly figure today, except in the fevered imaginations of some liberals.

In 1968, despite the Brown v Board of Education decision some 14 years earlier, most schools in the south were yet to be desegregated. Richard Nixon, taking office in 1969, desegregated more schools than the previous three presidents put together. There were also very few black policemen, construction workers or politicians back then. That has changed.

Perhaps the most dramatic differences, however, are in expectations. In the wake of the race riots in Detroit in 1967, Johnson appointed the Kerner Commission to investigate the causes and provide policy recommendations. It placed the blame on successive federal and state governments for failed housing, education and social-service policies. It called for new jobs, new housing and an end to de facto segregation by wiping out ghettoes. In order to enact racial change, its report recommended huge government programmes to provide needed services and billions in housing programmes aimed at breaking up residential segregation. Johnson rejected the conclusions.

In contrast to 52 years ago, the notable difference today is that no one seems to have any hope that things can actually change. In place of the campaigns for structural changes, marches for massive investment and effort, we get little performances where blacks express anger and contrite whites apologise tearfully to them. No one feels that anything will change but it makes them all feel better. African-Americans will go back to their ghettos, face joblessness, drugs, poverty and a hostile police force, while whites slip back into their offices and suburbs.

Despite what the gloomy presentists will tell us, the possibility of racial equality made it worth fighting for in 1968. It is still worth fighting for, but the morality plays that pass for activism today must first give way to much bigger thinking.