What racists and anti-racists have in common

Robin DiAngelo’s White Fragility is as committed to racial identity as any of Richard Spencer’s foul ramblings. 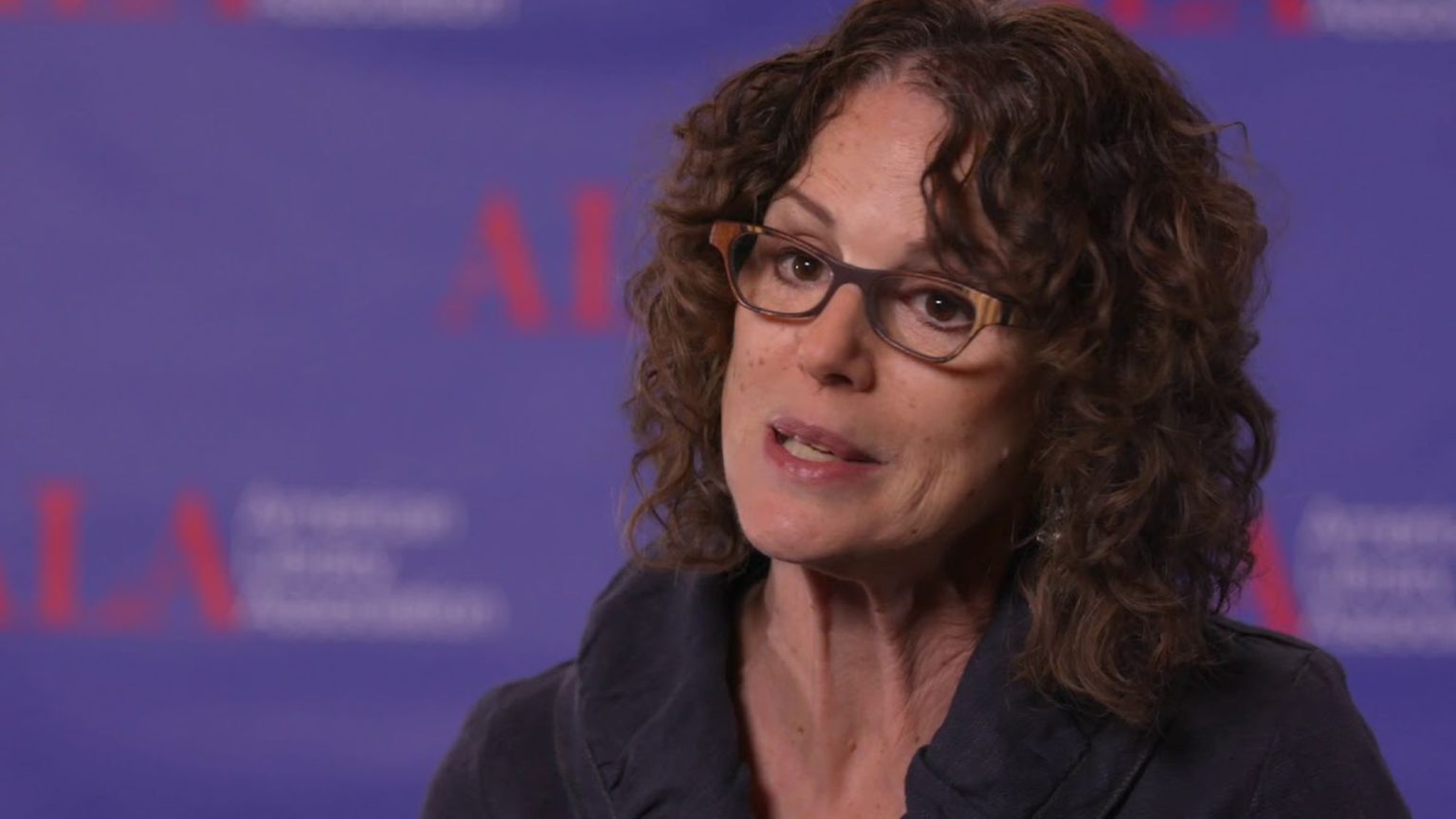 Today, racists and anti-racists have something in common. Consider Richard Spencer and Robin DiAngelo. Spencer is a racist arsehole. He is a white supremacist who believes that white people should found an ethnostate, to the exclusion of all ethnic minorities. He spouts disgusting, racist ideas which are built on the notion that white and black people are irredeemably different from one another.

Any right-thinking person would reject Spencer’s racist nonsense. But the starting point that Spencer adopts in arguing for his views is not entirely alien to much that passes for anti-racist politics today. The idea that skin colour is essential to your identity is also important in contemporary anti-racism.

For a clear example of this commonality, consider Robin DiAngelo’s White Fragility. DiAngelo’s celebrated book has recently returned to the top of the New York Times bestseller list amid the Black Lives Matter protests. The book is frequently recommended as a means of educating white people about racism. Yet its arguments are eerily reminiscent of those made by white nationalists like Spencer, particularly when it comes to its obsession with white identity.

For DiAngelo, being white means a lot. It provides advantages. It bolsters opportunities. It shapes your worldview. White people are the beneficiaries of a system that presumes ‘white’ to be the default and people of colour to be a ‘deviation from the norm’. We are products of relentless ‘racist socialisation’ which embeds a sense of racial superiority from our childhood onwards. ‘White supremacy’ is an ‘invisible system’ which maintains privileges for white people. This is why, to be an anti-racist, you have to acknowledge the advantage you received as a white person in a white-supremacist society.

‘White fragility’ refers to the tendency among whites to become defensive when talking about race. Whites are said to be so used to living in a society which elevates whiteness that they react badly when told they benefit from racism. For DiAngelo, anti-racism begins by understanding that our racial identities are essential parts of who we are.

DiAngelo acknowledges that racism has changed since the civil-rights movement. It is no longer morally acceptable among white society to be seen to engage in racism. This, at least, is borne out by statistics. Research collated by the University of Illinois finds that ‘one of the most substantial changes in white racial attitudes has been the movement from very substantial opposition to the principle of racial equality to one of almost universal support’. This change in attitude appears to affect almost every social issue. In 1942, just 32 per cent of whites agreed that whites and blacks should attend the same schools. In 1995, 96 per cent of whites agreed. In 1944, only 45 per cent of whites agreed that blacks should have ‘as good a chance as white people to get any kind of job’. By 1972, almost all whites agreed. Many of the questions that used to be asked in racial-attitude surveys are no longer asked at all because the responses are so overwhelmingly in favour of racial equality.

Does this mean white people have become less racist? Not for DiAngelo. She claims that the civil-rights movement merely forced racism to change its form. White people are now ‘colour-blind racists’. In fact, it is those people who believe they are not racist, those who may have black friends or loved ones and who believe themselves to be progressive, who are likely to ‘do the most daily damage to people of colour’, she argues.

Remarkably, DiAngelo explicitly denies that millennials are any less racist than preceding generations. In one of her boldest claims, she suggests that ‘racism’s adaptations over time are more sinister than concrete rules, like Jim Crow’. She seriously alleges that the ‘adaptations’ that racism takes today are more sinister than the system of laws that explicitly segregated blacks from whites.

Of course, there are huge issues with race in America. DiAngelo is on strongest ground when pointing to ongoing issues of economic segregation and how this impacts on what white America considers to be ‘normal’. But rather than interrogate the causes of these economic problems, she presents scant and misleading evidence of ‘white supremacy’ as the cause of racial division. She points out that ‘79 per cent of teachers in the US are white’. When you break the figures down (DiAngelo doesn’t), you find that in the 2011-2012 school year (the most recent year surveyed by the Department for Education) nine per cent of teachers were Hispanic, seven per cent were black and two per cent were Asian. In the period between 1987 and 2011, ethnic-minority teachers in the US increased overall from 13 per cent to 18 per cent, though the portion of black teachers decreased at the same time. It is hard to see how this is explicable by ‘white supremacy’ alone. In the words of left-wing political scientist Adolph Reed Jr, ‘disparity is an outcome not an explanation’. By pretending that ‘white supremacy’ can explain all the economic and political issues facing black Americans, DiAngelo ignores the wider political and economic context in which these disparities arise.

But DiAngelo is not attempting a serious consideration of the problems that affect black people in America. She is only attempting to make white people able to appear more virtuous. She is not attempting to persuade, but to indoctrinate white people into woke politics. In her final chapter, titled ‘Where do we go from here’, her advice to white people is to ‘show you can do the work’ to understand your own racism. Not to go out and change things. Not to think about the real social and political problems facing Americans. But rather to self-flagellate about one’s own prejudices. White Fragility is essentially a self-help manual which encourages white people to tolerate an unequal world rather than do anything about it.

This is why DiAngelo is particularly uncharitable to those who claim ‘not to see race’. She cites the passage in Martin Luther King’s famous ‘I have a dream’ speech to the March on Washington, in which King argued that people should be ‘judged by the content of their character rather than the colour of their skin’. DiAngelo claims that white people ‘seized on’ this line of King’s speech in order to avoid having to think about race at all (when, in her view, we should be thinking about it all the time). This is why refusing to see race is apparently racist: it ignores the system of white supremacy that still delivers privilege to white people. Ignoring our inherent racism allows racism to be held in place.

But to suggest that whites ‘seized on’ King’s sentiment to avoid talking about race underplays the significance of what King was arguing. DiAngelo acknowledges that it was American elites who ‘invented race’ in order to disrupt social solidarity among working-class blacks and whites. Today, many of the problems which feature at the centre of the Black Lives Matter movement are shared across the American working class. King’s point, which was echoed throughout his later life, was that class solidarity had the power to transcend racial difference. It is not ‘denying the reality’ of race to suggest that poor black people may have more in common with poor white people than they do with middle-class black people. By fixating on ‘whiteness’ as the root of all the problems facing black Americans, DiAngelo discounts the possibility that solidarity in the face of common problems can be more powerful than racial identity.

This is why DiAngelo and Richard Spencer have something in common. Both share the view that white and black people struggle to transcend their narrow racial identity. Both believe that whites and blacks will struggle to find common ground because their experiences of the world are so fundamentally different. Both racists and anti-racists today doubt our capacity to leave racial identity behind. They want us in a never-ending, inward-looking cycle of self-abasement and victimhood.

This is not a model of anti-racism we should adopt. Real anti-racism should start with the idea that we can work through our common experiences to change the world around us. It should start with the idea that genuine solidarity allows us to create an identity that is bigger than the colour of anyone’s skin. It’s a simple idea, but it is downplayed or ignored by many purported anti-racists today.