Why they hate Sweden

Sweden’s civilised and open approach is an important challenge to lockdown mania. 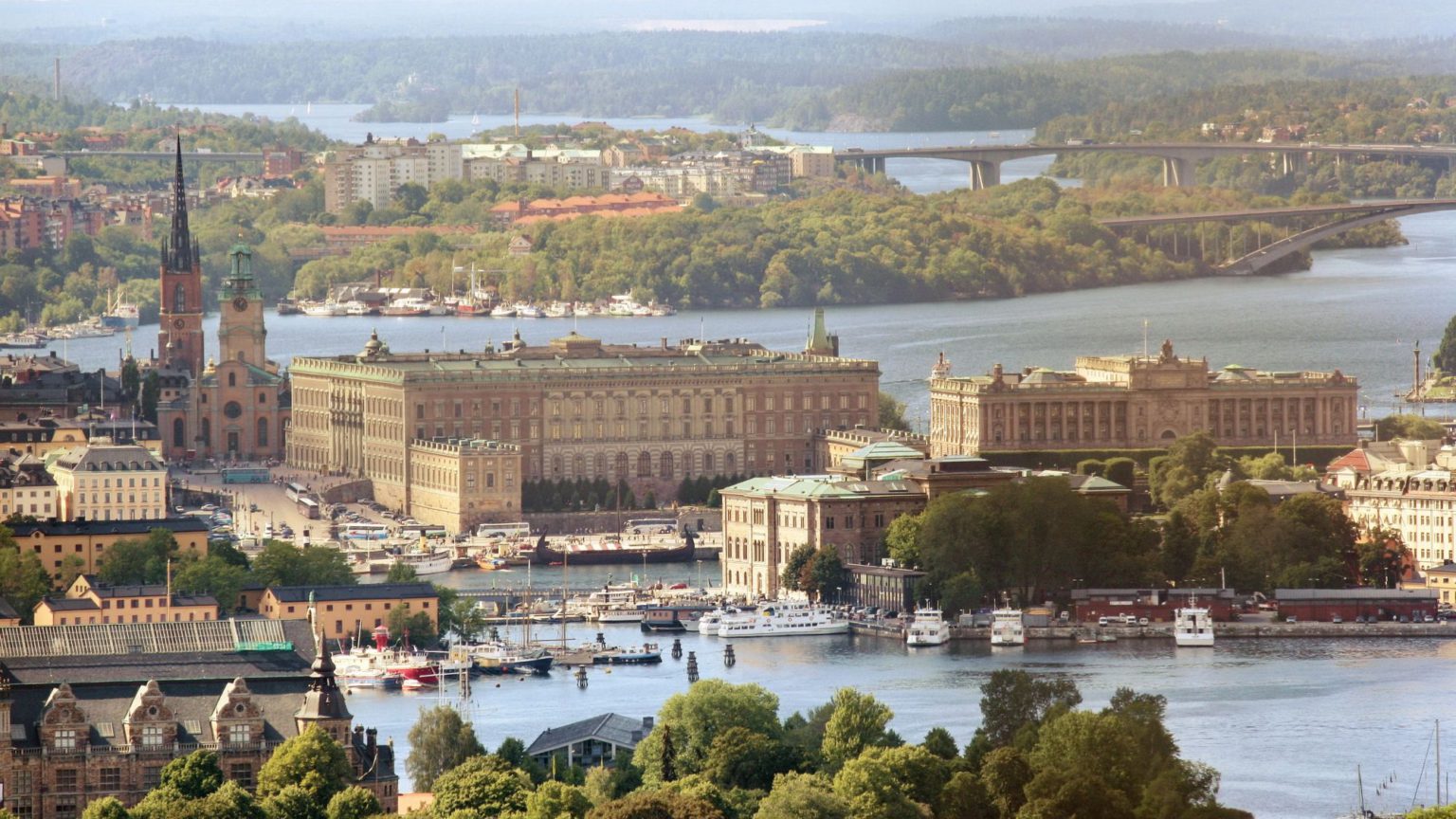 Sweden, seen from abroad at least, usually symbolises moderation, practicality and fairness (think Abba, IKEA and social democracy). That is until the coronavirus struck. Now you are more likely to hear Sweden described as ‘reckless’ and ‘dangerous’. Its government is accused of cruelly subjecting its citizens to a deadly, Darwinian ‘experiment’. Where Sweden may have once been hailed as a blueprint for the social-democratic left, its apparently murderous policies now make it a ‘model’ for the hard right. The international media now malign this formerly inoffensive country in the kind of language usually thrown at dictatorships like Saudi Arabia rather than Scandinavia.

Of course, as everyone knows by now, the reason Sweden has been blacklisted is that it has steadfastly refused to implement a full lockdown. Life is by no means normal in Sweden. Gatherings of over 50 people are banned, as are visits to elderly care homes. Those who can are encouraged to work from home. Public-transport use has fallen dramatically. But in contrast to the rest of Europe, bars, cafes, restaurants and businesses have remained open. Schools have stayed open for all pupils under 16. There are guidelines on social distancing and hygiene but these are not enforced by the law. Sweden’s critics accuse it of pursuing a herd-immunity strategy – though this is denied by the authorities.

So how has Sweden done? Originally, the aim of lockdown was to ‘flatten the curve’ — that is, slow the spread of the virus sufficiently to avoid overwhelming hospital capacity. This horror scenario was the key justification for the suspension of civil liberties and the decimation of our economies. But in Sweden, this has not happened.

However, since the lockdowns began, the goalposts have been moved. Now lockdowns are promoted as a means for reducing cases and deaths outright. And even on these dishonest new terms, Sweden’s results are pretty average: whether in terms of raw numbers or taken per capita, it currently falls below the UK, France, Italy and Spain, all of which had lockdowns. At the time of writing, just over 4,000 people have died.

An Oxford University study which tracks the stringency of government responses across the world shows that it has little bearing on deaths. It finds that in terms of overall excess mortality (which includes all non-Covid deaths), Sweden has suffered more deaths than it otherwise would have – there is a pandemic on, after all – but in a similar proportion to locked-down Switzerland. In contrast, the UK, Spain and the Netherlands, which had lockdowns, have had extremely high excess mortality rates compared to usual.

Sweden has certainly had failures. People in care homes or receiving at-home care account for three-quarters of Sweden’s Covid death toll. ‘We failed to protect our elderly’, admitted Sweden’s health minister health minister Lena Hallengren. There is also a worryingly disproportionate number of ethnic minorities among Sweden’s Covid cases, which is partly down to the state’s failure to communicate the dangers to migrant communities.

Overall, Sweden may be an outlier in its approach, but it is not an outlier in terms of the consequences. And this is intolerable to the pro-lockdown hardliners. As a result, any bad-sounding news is seized on as evidence that Sweden has failed horribly – and by implication that we should think twice about relaxing our own restrictions, despite their mounting effects.

For instance, last week, a Telegraph article claimed in its headline that Sweden had the ‘highest death per capita’. It was gleefully shared and retweeted. The article itself included the important qualifier ‘over the past seven days’ rather than the course of the pandemic. The headline was later changed to reflect this. Quite why it is useful to compare deaths-per-capita in a week in late May when weekly deaths across Europe are approaching pre-pandemic levels is anybody’s guess. The dubious honour of highest deaths per capita overall goes to Belgium, which had a strict lockdown which it introduced around the same time as France. To attack Belgium for its handling of the virus would invite uncomfortable questions about the effectiveness of the lockdown policy, so Sweden is attacked instead.

Nevertheless, this factoid was enough for Nick Cohen in the Guardian to declare Sweden’s policy ‘a deadly folly’. Perhaps the likes of Cohen will soon be calling for humanitarian intervention to topple the barbarous social-democratic regime. His diatribe includes another favoured bad-news story of the Sweden-haters. A study from the end of April found that just 7.3 per cent of Stockholmers had developed antibodies for Covid-19. This was taken to mean that Swedes were dropping like flies but were not developing the herd immunity which might protect them in future. The Public Health Agency’s modelling for more recent weeks has put it at just over 20 per cent. You can guess which figure made all the headlines.

Commentators also delight in the fact that Sweden’s economy has taken a large hit, even without as many restrictive measures. This is supposed to show that concerns for the economy, poverty and unemployment are misplaced and that whatever pain the lockdown causes is a necessary evil. An article in the Critic, which slurs Sweden’s policy as ‘live free and die’, points to the European Commission’s forecast of a 6.1 per cent collapse in GDP. But again, Sweden’s results are middling. It forecasts a 7.4 per cent drop for the EU as a whole. Some lockdown countries are anticipating staggering levels of economic pain: Italy’s GDP is expected to contract by 9.5 per cent and Spain by 9.4 per cent. This too will cost lives.

One sleight of hand which disguises Sweden’s fundamental averageness is that its critics tend to compare it to other Scandinavian countries, and never to Europe or the world as a whole. Norway, Denmark and Finland have indeed fared much better in handling their outbreaks than Sweden at this stage. But comparing ‘similar’ countries is an exercise which is rarely repeated in other circumstances – witness, for instance, the absurd attempts to compare New Zealand to the UK (New Zealand, for one thing, has more sheep than people).

Besides, the news coming out of Norway and Denmark is not good for lockdown hardliners, either. Health chiefs in Norway recently discovered that the so-called R-number (the rate at which the virus spreads) was below one and transmission was in decline before its lockdown was put in place. This led the head of Norway’s public-health agency to conclude that ‘we could possibly have achieved the same effects and avoided some of the unfortunate impacts by not locking down, but by instead keeping open but with infection-control measures’.

Meanwhile in Denmark, public-health experts claim that the prime minister ‘abused healthcare advice’ by telling the nation that its lockdown was recommended by ‘the authorities’ (taken by most to mean the Danish Health Authority and the infectious-diseases agency). In fact, the Danish Health Authority had recommended very few of the draconian measures which were eventually implemented. According to the Local, in February Søren Brostrøm, the authority’s director, ‘signed a recommendation which specifically excluded measures which interfered with Danes’ freedom, except in extreme circumstances’. No doubt as the costs of lockdown pile up, and the coronavirus itself recedes from view, few will want to be seen responsible for the disaster.

Time will tell if the Swedes develop herd immunity to Covid-19 before the rest of us do, or before a miracle cure arrives. But Sweden deserves credit for its immunity to Covid hysteria, and for maintaining its open and civilised approach in the face of international outrage.

Correction: An earlier version of this article suggested that a later version of Sweden’s antibody survey had found 20 per cent of Swedes had developed antibodies, but this higher figure was based on different modelling.