They are not reducing the number of Covid-19 cases, but they are destroying our economies. 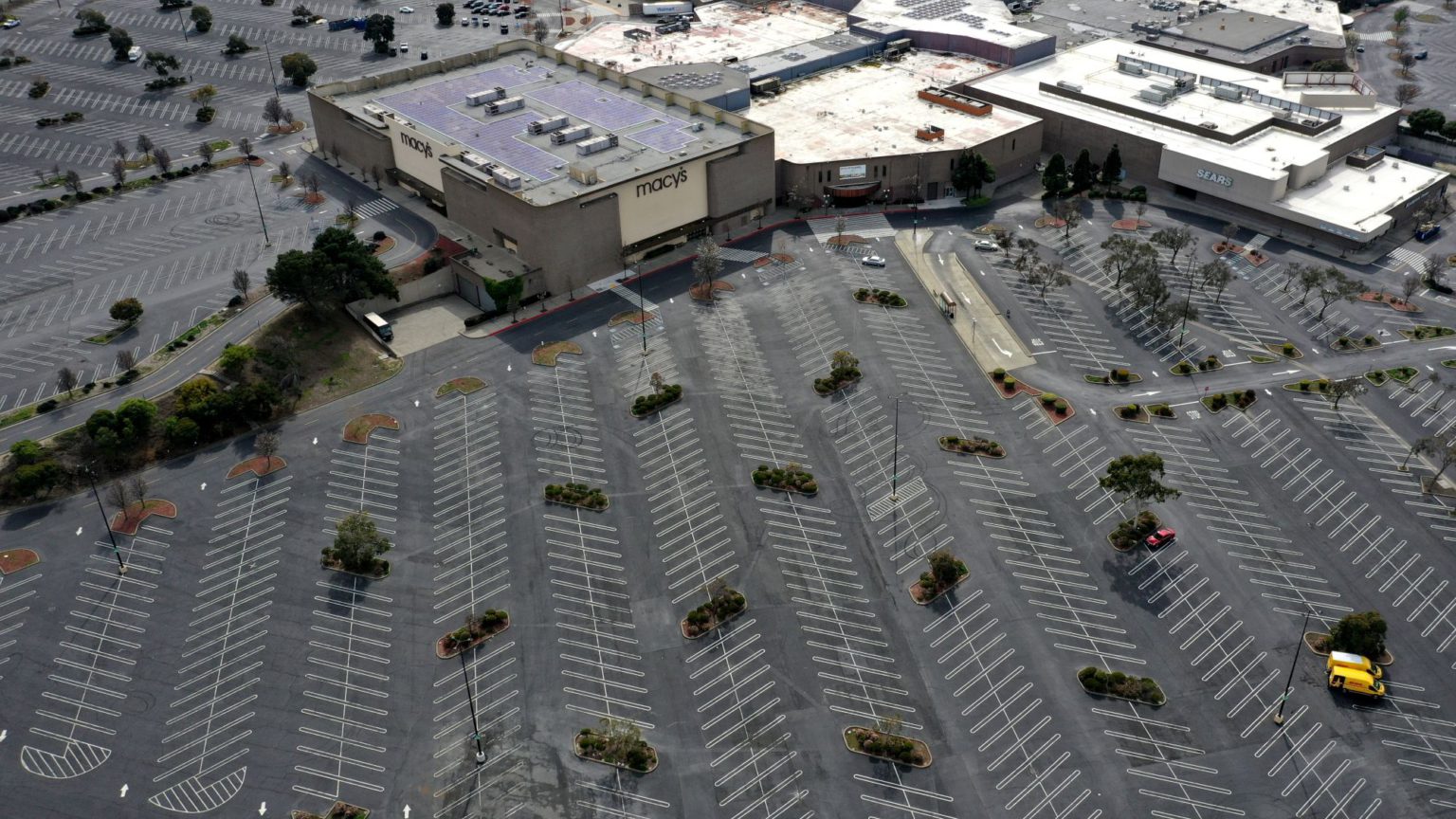 A few weeks ago, I wrote a piece for spiked arguing that there is little empirical evidence that regional lockdowns prevent the spread of Covid-19 better than well-done social-distancing measures. The piece received far more of a response than I expected. After literally thousands of email and Twitter comments – mostly positive – I have returned to respond to some of the more common methodological points raised by readers. Once again, I find limited – if any – evidence for the efficacy of lockdowns. My data set is available for anyone to request it via my Twitter.

The most basic response I received was that this could all change in a fortnight. The lockdowns simply needed more time to succeed. This argument has turned out to be false. As of the close of business Friday 1 May, the number of documented Covid-19 cases across the US states and territories ranged from 146 (in Guam) to 315,222 (in New York), with a per-state US average of 20,954. New York State is an outlier, so with that removed from the mix, state caseloads varied between 146 and 121,190 (New Jersey) for a mean average of 15,295.

Unlike most US states, Arkansas, Iowa, Nebraska, Oklahoma, North Dakota, South Dakota, Utah and Wyoming did not issue ‘shelter in place’ orders and have enacted social-distancing measures instead. South Carolina did eventually lock down, but not until 6 April. It was the last state to do so, locking down some three-and-a-half weeks after California and New York. It also allowed major exceptions, such as religious services. The mean for the number of cases across social-distancing states was 3,895. Without South Carolina, the mean was 3,600.

Essentially, there is the same pattern for Covid-19 deaths. On 1 May, deaths nationally ranged from seven in Wyoming up to 24,069 in New York, for a mean of 1,229 deaths per state. With New York removed, the deaths varied between seven and 7,538 (New Jersey). The mean number of cases was 789. In the non-lockdown social-distancing states, the 1 May mean for deaths was 98.9 – falling to 79.3 with South Carolina removed from the analysis.

As before, I next adjusted for population. As of 10pm EST on 1 May, officially tested Covid-19 cases per million state residents in the US ranged from a low of 435 in Montana and Hawaii up to 16,068 in New York. The per-state average was 2,882 cases-per-million, or 2,624 with New York removed. Deaths per million ranged between 11 (Hawaii) and 1,227 (New York) for a mean of 147. Without New York, this falls to 126, with New Jersey (849) as the worst-hit state. In contrast, the non-lockdown social-distancing states averaged 1,704 cases per million and only 34 deaths per million. In other words, the number of deaths in social-distancing states is just 27 per cent that of the lockdown states.

A second suggestion was that I improve my regressions, by (1) re-running them using more up-to-date cases and deaths data for my dependent variables, (2) running them with current active cases as a dependent variable, and (3) adding variables. These new variables include the rate of testing, the date the epidemic started, and even temperature. Even with these adjustments, little has changed.

First, I treated caseload and deaths as of 1 May 2020 as the dependent variables. Population, population density, ‘strategy’ (lockdown or social distancing), median age, median income and diversity (minority-population percentage) were my independent variables. The regression analysis produced results very similar to those I wrote about in my earlier spiked piece. The main difference was that with the more-up-to date figures, population density became more significant as a predictor of caseload and deaths.

Secondly, the results were almost identical when current active cases of Covid-19 were used as a dependent variable. Again, both population and density were significant predictors in the model. But the strategy used by a state to respond to Covid-19 – social distancing or lockdown – was not a significant predictor of Covid cases or deaths.

Third, I added all of the new variables suggested by spiked readers and those in the online modelling community to my regression analyses. I first regressed each of these separately against the ‘cases’ and ‘deaths’ dependent variables. The ‘state temperature’ variable had little influence. However, the ‘testing’ variable – representing the number of Covid tests administered by a state per million residents – was highly significant. The p-value for testing – the probability that its relationship with cases and deaths is down to just random chance – was only .006 for cases and .005 for deaths. The date-of-onset variable (days since the first confirmed in-state Covid death) was also significant against cases and was nearly significant against deaths (p=.026, .064).

Next, each of these variables was cycled into my original six-variable linear model. In this multivariate model, the relationships between testing rates and both cases and deaths remained statistically and meaningfully significant. In this model, the relationships between date-of-onset and the two dependent variables fell below statistical significance.

Interestingly, I observed a strong, significant and meaningful correlation between increasing temperature and decreasing Covid-19 caseload (B= -2,065, p=.029) and death totals (B = -169, p=.025). The unstandardised regression coefficient (B) means that, with all other variables adjusted for in the model, each one-degree increase in mean temperature correlated with a 2,065-unit decrease in Covid-19 cases and a 169-unit decrease in Covid deaths.

It should be prudently noted that, while the coefficients for the temperature variable remained consistent in the same direction (B = -900, -74.1), these relationships between temperature and the primary dependent variables did not reach significance (p=.199, .185) in the final model I ran – an ‘all critical variables’ regression which included population, population density, strategy, temperature, rate of testing and date-of-onset. In that model, the only conventionally significant variables were population and testing. However, the relationship between temperature and the fight against Covid-19, which has been the subject of much media speculation, should be explored in the context of data sets larger than mine.

In the context of my fairly small data set, I certainly encourage scholars to add individualised weights to the data (something I have largely resisted doing) and to try out log-linear rather than linear analyses. However, I will point out that my focus variable of government strategy has not proven to be a significant predictor of any of my dependent variables, in any model.

A final claim made against my original model is that I should compare the rates of weekly increase in Covid-19 cases and deaths. Data from day-by-day tracking resources like Covidtracking.com does indicate that, while their overall case numbers are low, states like Wyoming and South Dakota have seen major increases in their death totals during some recent weeks – 250 per cent and 300 per cent respectively.

Also, other social-distancing states have done quite well against the same week-to-week metrics. Covid Tracking data for Arkansas indicate that the state’s death rate grew only from 37 to 45 between 17 April and 24 April, roughly half the increase of the week before and one of the top three performances among all states.

Finally, the varying dates-of-onset for different states indicate that regions are at different points along their epidemic curves, and this could easily affect rates of new cases and deaths in heartland states versus coastal states, regardless of response strategy.

With all that said, the fact that I have compiled two fairly solid Covid-19 data sets within a two-week period allows me to conduct a more comprehensive test of the effectiveness of lockdowns.

This should be a powerful argument for adopting social distancing. While social-distancing measures – like wearing a light medical mask or washing one’s hands 11 times a day – might be annoying, the practical impact of country-wide lockdowns has been utterly devastating. Unemployment in the US is approaching (if not surpassing) Great Depression levels. Thirty million Americans have filed jobless claims since March. Almost eight million small- to medium-sized businesses are at risk of closing permanently.

The original argument for the lockdown policies which have caused all this pain is that they were necessary to avoid an almost unprecedented wave of mass death. Early analyses from the WHO and from serious scientists estimated the infection fatality rate (IFR) for Covid to be between roughly one per cent and four per cent. They projected infection rates of up to 80 per cent, and argued that ‘mitigation’ alone would do little to stop it. Faced with the apparent prospect of corpses littering the streets, entire countries essentially shut themselves down.

Now, however, serological testing tells us that the actual IFR for Covid-19 may well be on the order of 0.3 or 0.4 per cent. Even the WHO is now lauding social-distancing Sweden as an effective model for other nations going forward. Sweden, which never locked down, currently ranks 20th in Europe in terms of cases-per-million and ninth in deaths-per-million – ahead of the locked-down UK in both categories.

None of this means that those making the case against lockdowns should do so glibly. Any human death is a tragedy. It is certainly possible that US states which lift lockdowns could see spikes in Covid-19 cases and deaths – particularly if residents do not embrace voluntary distancing. Press photographs of packed beaches and flag football games in the park are hardly manna for those of us who favour ending the lockdowns (although many of these photos have been taken during lockdowns).

It is also worth noting another unsayable fact at this point: approximately the same number of people have always been projected to contract Covid-19 in most ‘curve flattening’ scenarios. Lockdowns simply spread the deaths out across a longer period of time.

The original argument for locking down to ‘flatten the curve’ was very specifically about stopping patients from entering hospital in a single stream that would overwhelm healthcare resources and cause millions of incidental deaths. Now, however, we know that hospitals have not been swamped on a large scale in any of the non-lockdown US states, nor in nations such as Sweden which never locked down. In fact, more than 200 hospitals in lightly hit areas of both lockdown and social-distancing states have begun to furlough their employees, after cancelling elective procedures in preparation for a Covid wave that simply never arrived.

Much of this result is almost certainly explained by the IFR for Covid-19 being apparently far lower than that originally predicted. The prevalence of the virus among the population is also much higher than expected. And now that we know the hospital system has not been swamped, there is arguably no reason whatsoever to destroy our economies simply to experience roughly the same number of infections later rather than sooner.

Again, there may well be responses to these points. Given the gravity of the situation, some might seriously expect to see a Covid-19 vaccine in three to six months, rather than the usual 12 to 18. But, to be useful, any such assertions must be based on facts, rather than hope and speculation.

No single set of numbers can be perfect, but it is becoming increasingly apparent that numbers, not emotions, must guide the debate about how best to respond to Covid-19. And the numbers just discussed, human and economic, do not make the case for lockdowns.