Even during a pandemic the media can’t let go of their creepy fixation on Cummings. 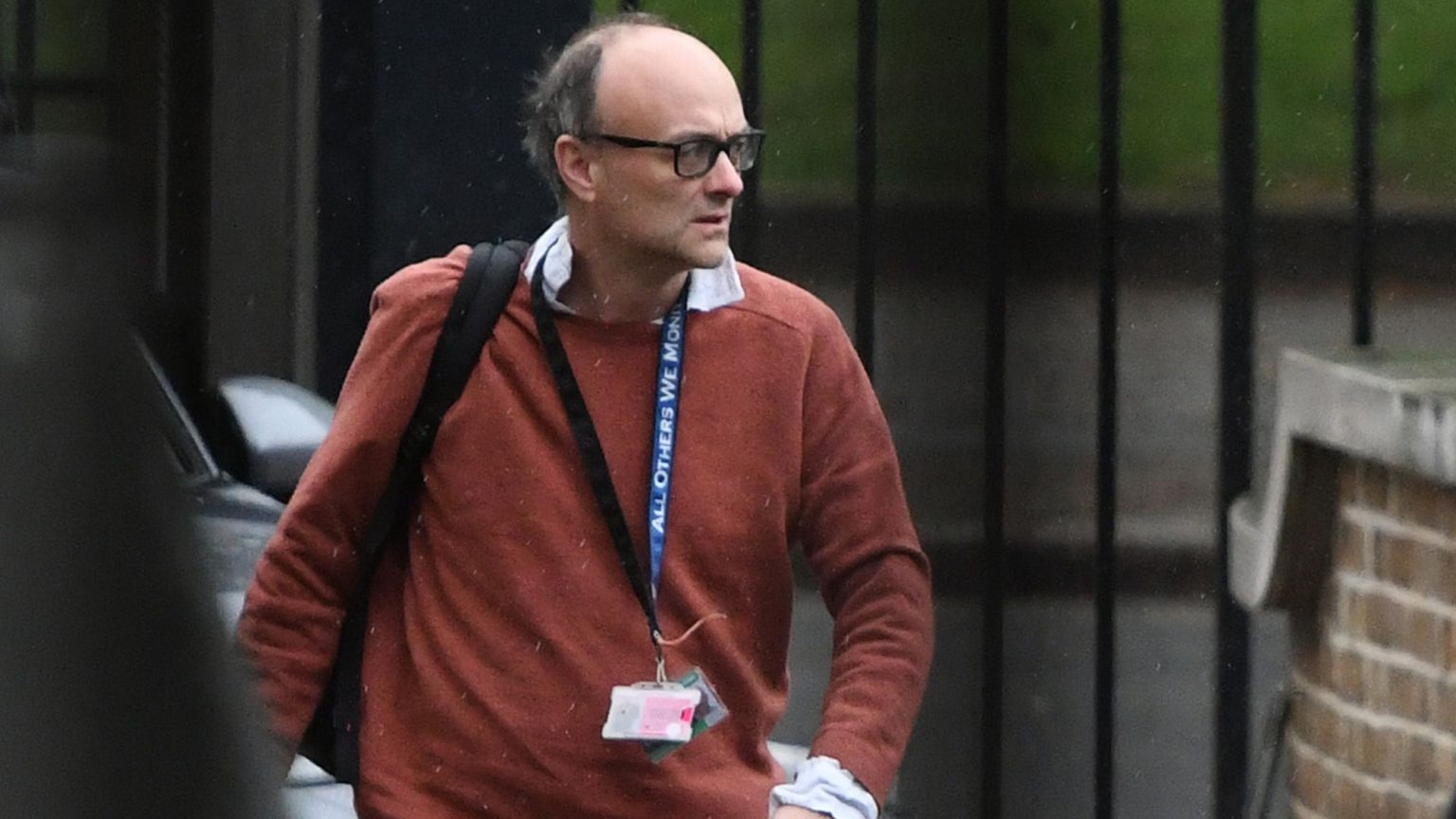 If you want an insight into how thoroughly the media have lost the plot, you don’t need to look far at the moment. Every day of this crisis is a festival of inane gotcha questions, grandstanding and emotionalism, which is even more infuriating at a time when the public is looking for clear information and a sober reflection on the issues and dilemmas that confront us. The Guardian’s allegedly explosive scoop on Friday, which has now tellingly all but faded from memory, was among the stranger media moments so far.

This was the news that Boris Jonson’s chief political adviser, Dominic Cummings, along with data scientist Ben Warner, were reportedly ‘on’ the Scientific Advisory Group for Emergencies (SAGE). It was presented as a huge scandal, in which political advisers were potentially meddling with this font of impartial scientific advice. The Guardian later ran a remarkably speculative editorial, wondering out loud as to how Cummings’ presence might ‘distort’ the discussion among the experts. ‘It is plausible that Mr Cummings may single out a troublesome academic’, it said. ‘What is to stop him usurping the role of the chief scientific adviser?’

As it turns out, Cummings wasn’t ‘on’ SAGE at all. That would be ridiculous, given he is not a scientist. He and Warner were merely sitting in on the meetings and apparently asking a few questions. Over the weekend, Professor Neil Ferguson from Imperial College London told UnHerd that while Cummings and ‘a number of observers’ had been at those meetings, they ‘have not interfered with business at all’. In response, the Observer published some unconvincing quotes from two other anonymous attendees, the most of which they alleged was that Cummings was ‘engaging in conversation and not sitting silently’.

So what this story really amounted to was ‘PM’s adviser attends meetings of scientists who are advising the PM’. The government’s response, saying that ‘public confidence in the media has collapsed during this emergency partly because of ludicrous stories such as this’, was pretty dead-on. But this particular non-scandal was clearly bred not just of the current corona-fuelled bout of media hysteria, but also of the media’s long-running, borderline creepy obsession with Cummings. Indeed, it’s hard to imagine that story being given the prominence it was if it had been about any of the PM’s other top aides.

Cummings has been haunting the chattering classes since he led the Vote Leave campaign to victory in 2016. He has been portrayed in endless profiles, insider accounts and a star-studded film as something of a ruthless mastermind, willing to exploit any prejudice, abuse any stat, and mine any dodgy bit of Facebook data in order to achieve his political goals. In this top-down, elitist telling of the referendum, the Brexit vote was a kind of demagogic techno con-trick pulled off by Cummings and his team of amoral geeks, rather than an electoral majority deciding, after listening to both sides of the argument, that it did in fact want to leave the European Union. Which is apparently too neat an explanation.

Since Cummings joined Boris Johnson’s government last year, the obsession with him has grown and the portrayal of him has become more ridiculous. According to a British columnist, writing in the New York Times, he is ‘Boris Johnson’s Rasputin’, ‘happy to watch the country blow up if he gets what he wants’. A float spotted at various Remainer marches depicted Cummings in a Nazi uniform, with ‘Get Brexit Done’ on the red armband in place of the swastika, and his hand up the backside of mini puppet Johnson. David Lammy MP once asked, sincerely, if Cummings was a Russian spy. And more recently an article by Blairite warmonger Alastair Campbell pondered if Cummings is ‘an evil genius – or just evil’.

As the Covid-19 crisis in Britain unfurled, Cummings was presented as among the greatest devotees of the government’s original so-called ‘herd immunity’ strategy, now seen by many in the media as the source of our current problems. The approach was summed up by one anonymous source in The Sunday Times last month as ‘protect the economy and if that means some pensioners die, too bad’. This wasn’t a direct quote from Cummings, but was treated as such across social media, helping present him as a heartless bastard happy for thousands of old people to die.

What that Sunday Times piece actually suggests is that Cummings, originally convinced of the herd immunity approach, shifted in line with the advice. At a SAGE meeting on 12 March – when Imperial College London’s now infamous projections, suggesting 250,000 deaths even with a mitigated approach, were presented – the chief medical officer and chief scientific adviser decided their previous death estimates were wrong. This is said to have sparked a ‘Domoscene conversion’, turning Cummings overnight into ‘the most outspoken advocate of a tough crackdown’.

A report in Bloomberg last night went further, suggesting Cummings actually pushed the scientists to recommend a lockdown. According to the source he ‘swayed the discussion toward faster action, and made clear he thought pubs and restaurants should be closed within two days’. Perhaps, as is being implied, such alleged interventions really did lead top scientists to change their advice, so intimidated were they by Dom. But it seems a stretch. And in any case, isn’t the media consensus now that the government (and its scientific advisers) were too slow to back a lockdown? Will Cummings now be hailed as a hero of the pro-lockdown left?

There are those who say the government didn’t move quickly enough, and others who say it overreacted. The government, for its part, maintains that herd immunity was never its strategy. But I think we can say with some confidence that the image presented of Cummings et al – carrying on like mad ideologues, warping the scientific advice to their own political ends, completely chilled out about old people dying – was at least a touch overdone. Once again it seems that the desire to pin blame for this crisis on the heartless and / or incompetent government has crowded out any rational discussion of where we’re at and how we got here.

That even during a pandemic so many in the media elite cling to their weird obsession with Dominic Cummings is telling. For them, this image of him as the shadowy mastermind has become a kind of comfort blanket. In the wake of the EU referendum, blaming the result on him and his data scientists allowed them to pretend that the vote was a kind of crime committed by Cummings, rather than a profound, voter-led rejection of them and their worldview. Now, confronted with a global crisis in which so much is uncertain, many are again taking some comfort in believing this is all, somehow, ‘Classic Dom’.

We’re all finding our own ways of coping with these new circumstances, I guess. But the chattering classes’ turning of this crisis into another one of their morality plays isn’t doing anyone any favours.