The great-man theory of Brexit

Brexit: The Uncivil War is gripping drama, but it writes the public out of history. 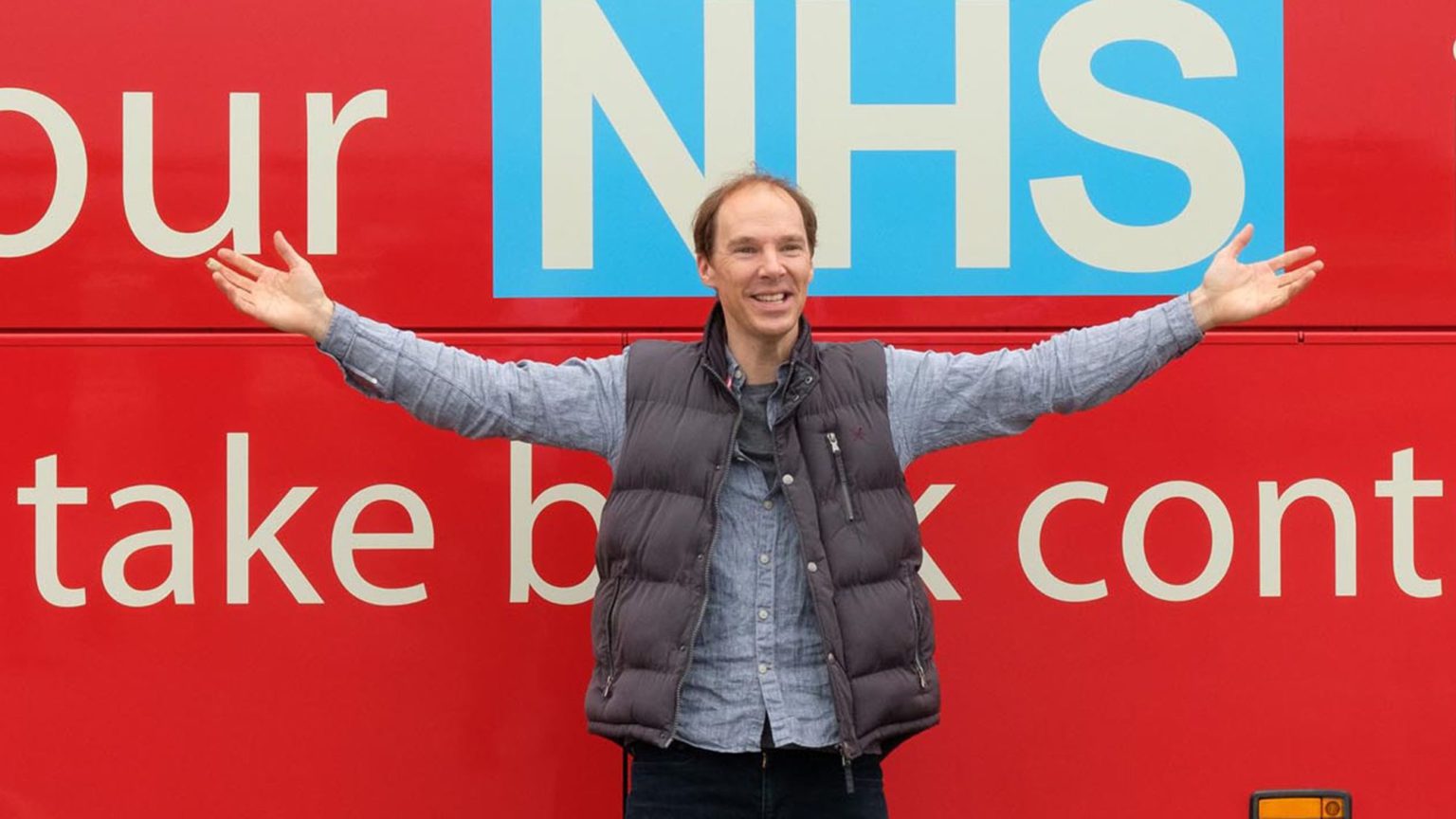 ‘Everyone knows who won, but not everyone knows how.’ So says Benedict Cumberbatch, in a stationery cupboard, at the top of James Graham’s new drama, Brexit: The Uncivil War. It airs on Monday night on Channel 4.

For anyone who had travelled outside SW1 before the EU referendum of June 2016, the answer as to why Leave won might seem obvious: millions of Brits have for decades been agitated by Brussels and the Westminster elite who cling to it.

That this gripping drama, the first substantial dramatic reckoning with the EU referendum campaign, starts from here is revealing, if nothing else.

Cumberbatch plays Dominic Cummings, Vote Leave campaign chief, and genius or bullshitter, hero or villain, depending on who in Westminster you talk to.

Over the course of this film, Graham let’s the viewer make up his or her own mind as to which. But many will come away thinking that maybe, just maybe, he is neither.

Uncivil War feeds what me might call the great-man theory of Brexit, a conviction that the cunning of Cummings and the bouncy enthusiasm of Boris Johnson (played here by a distractingly slim Richard Goulding) are wot won it for Leave.

But though this makes for compelling drama – and Cummings, a sweary, intense northerner who quotes Sun Tzu, is a fascinating figure – this approach does rather write the public out of history. It also flatters the elite Leave operators and feeds the elite fantasy that voters were hoodwinked by evil geniuses.

This is a particularly ill-fitting narrative given the EU referendum revealed the chasm between the people and the politicians, Leave or Remain. In its post-referendum report, the Electoral Reform Society found that both campaigns were distrusted by the public.

What’s more, despite the obsession with Vote Leave’s much disputed ‘350million for the NHS’ claim, the No1 reason people voted Leave, according to an Ashcroft poll, was ‘the principle that decisions about the UK should be taken in the UK’. (The NHS didn’t make the top three.)

Still, for political buffs and lovers of good drama, there’s plenty to enjoy here, and glints of real insight too.

Cumberbatch is electric as Cummings: aggy intensity accentuated by the calm Durham burr. Despite being an arch-Remainer, Cumberbatch manages to humanise the man once described by Nick Clegg as a ‘loopy backroom adviser’ with ‘anger-management issues’, and illuminates the campaigning philosophy he brought to Vote Leave.

The first tenet of this philosophy is that MPs are useless; some of the funniest scenes see Cummings do battle with clueless, out-of-touch Tory Eurosceptics. The second is that the spats over stats that preoccupy SW1 often bemuse the rest of the country, whose views are more profoundly held and gleaned from their real, lived experience.

In one scene, Remain campaign chief Craig Oliver (Rory Kinnear) snaps at a voter in a focus group who refuses to swallow his economic fearmongering. Where I come from, she says, we haven’t got much to lose.

But there are other moments where the public are presented less generously, like when a voter on the campaign trail credulously repeats Vote Leave’s dodgy claims about Turkey back to a guilty-looking Boris.

Vote Leave’s data-mining and Facebook ads, which have so obsessed the media class this past year, also become a big part of the story. At one point, Cummings meets a Canadian data scientist in Hyde Park, who tells him, ludicrously, that Facebook knows when you’re falling out of love with your partner.

Still, while there is plenty here to sate the anti-Brexit conspiracists – convinced that the Leave campaign hacked our brains, probably at the direction of the Kremlin – this aspect of the story isn’t dwelt on as much as it might be.

What is dwelt on, however, is this idea that the Leave campaign brought out a nastiness in the country that was new and weird and dangerous. One of the primary sources for the script was Craig Oliver’s book Unleashing Demons, and it shows.

In a fictional chance meeting between Oliver and Cummings towards the end of the campaign, Oliver tells his opposite number over a pint that he is ‘feeding a toxic culture of fear and hate’. ‘You can’t close the box once it’s been opened’, he adds.

This meeting, inspired by Al Pacino and Robert De Niro’s famous scene in Heat, comes in the wake of the murder of Jo Cox. At a post-screening Q&A in London yesterday, Graham said he first conceived of the film the day of that brutal murder.

While he insisted the killing shouldn’t be ‘attributed to anyone we portray’, it also, he added, ‘didn’t happen in a vacuum’. But the idea that some elusive mood, created by the referendum debate, was responsible for the actions of one reclusive, murderous, far-right scumbag is assumed, rather than explained, here.

This film is no Remoaner howl. The script is often sympathetic to Cummings, and to some Leaver concerns. But voters are still presented less as political agents and more a kind of riptide, stirred by the referendum campaign, bringing change but at great cost.

In one striking moment, after taking his cosetted Vote Leave colleagues to impoverished Jaywick in Essex, Cummings puts his ear to the ground, to listen to the roar of the country.

Brexit: The Uncivil War is an accomplished drama, buoyed by some terrific performances. It deals with its chosen subjects well and has set the bar high for the slew of Brexit dramas that will no doubt follow.

But one wonders how long it will be before the real story of Brexit, the story of voters rather than Westminster operators, of the rebels so often dismissed as a rabble, is told.

Brexit: The Uncivil War is on Channel 4 on Monday 7 January at 9pm.

Watch the trailer below: