Laurence Fox and the woke McCarthyists

Disagree with the cultural elites and they will try to destroy you. 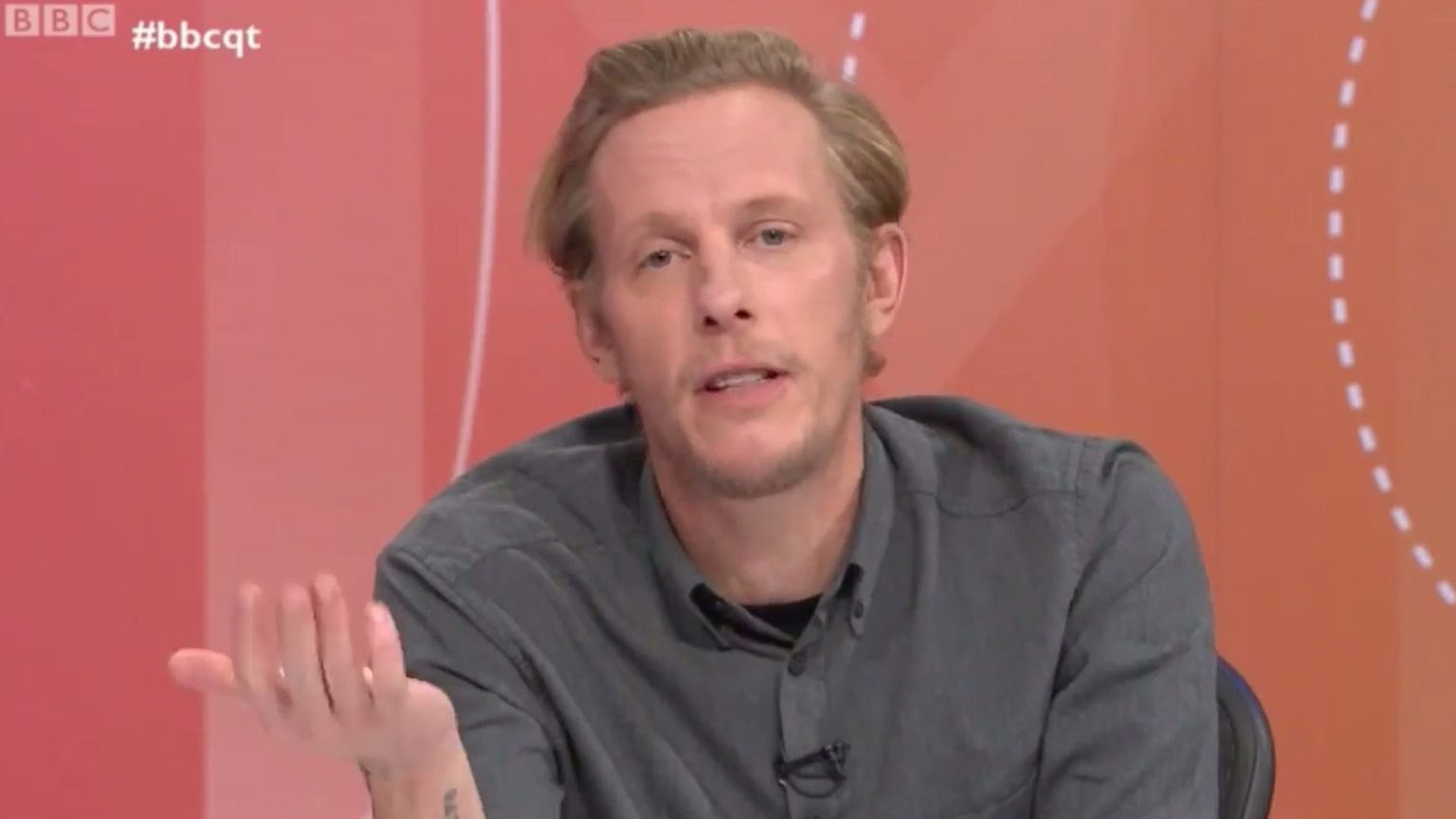 The ongoing fallout from Laurence Fox’s appearance on Question Time last Thursday is nothing short of staggering. It confirms, in a chilling way, how intolerant the cultural elites have become and how viciously they will pounce on anyone who deviates from their political and moral script. Actors, singers, artists and the rest of us, too, have been put on notice: ‘Disagree with us, the righteous woke people, and you will be destroyed.’

Fox, an actor and singer-songwriter, is now essentially a speechcriminal. Members of the actors’ union Equity have effectively called for him to be blacklisted, like PC incarnations of Joe McCarthy. Leading journalists have denounced him as ‘far right’ even though he said not one single thing that could be deemed ‘far right’. But then, the ‘far right’ insult is rarely intended to be accurate these days. Instead, it is a means of marking someone out as evil, as disobedient, as too questioning of correct-thought as defined by PC elites. Calling Fox ‘far right’ is another species of blacklisting, the foul intention being to discourage producers from ever employing him again.

And what, precisely, were Fox’s speechcrimes? This is where it gets genuinely scary. Everything he said on QT was perfectly reasonable. Great numbers of people will have been cheering him on. He said he was bored of the idea that the media criticism of Meghan Markle is driven by racism. He questioned the idea that the next Labour leader should be chosen on the basis of sex and said instead that we should judge politicians by their beliefs and achievements. He mocked celebs for lecturing everyone about climate change. He pushed back against an audience member who suggested he enjoyed white privilege, pointing out that it wasn’t him, Fox, who mentioned people’s skin colour, but them, his voluble detractors.

Not only is this not far right – it is also sensible and refreshing. It is the opposite of far right, in fact. In refusing to talk about people’s racial origins, and instead saying we should engage with people as individuals, on the basis of their character and their beliefs, Fox was expressing what would have been seen as a decent, progressive, essential approach to everyday life just a couple of decades ago.

Yet now, the hyper-racialised, deeply divisive politics of identity has become so entrenched in cultural and political circles that it has become a thoughtcrime to refuse to think and act racially. Now, to be considered a good person, you must have race at the forefront of your mind at all times. To many of us, though, this is a repugnant idea that runs counter to the great civil-rights arguments of the late 20th century, and which grates against modernity and equality by seeking to shove everyone back into the biological boxes that humankind spent so long trying to escape.

Fox’s worst speechcrime was to challenge the tendency for reading racism into everything. He said racism is a very serious issue and we should always call it out when we see or hear it. But, he countenanced, we shouldn’t brand people ‘racist’ simply because we disagree with them.

This is absolutely right. It isn’t Fox who is diminishing the seriousness of racism – it is his hysterical woke denouncers. The people who cry racism are like the boy who cried wolf. In seeing racism in every anti-Meghan newspaper column, in every act of cultural sharing (‘cultural appropriation’), in innocent conversational slip-ups (‘microaggressions’), and in every movie in which a black character doesn’t have the exact same amount of dialogue as the white characters, these new racialists downplay the foulness of real racism and make it harder for people to spot it when it actually happens.

For raising these concerns, Fox has been demonised to an extraordinary degree. On the funny side, Lily Allen said she is ‘sick to death of luvvies like Laurence Fox going on TV and forcing their opinions on everybody else’. Pot, kettle, black. Allen has been foisting her shallow, performative opinions down the public’s throat for years. Her lack of self-awareness is virtually pathological. On the less funny side, the minority ethnic members committee of Equity branded Fox a ‘disgrace to our industry’ and called on the acting world to ‘unequivocally denounce’ him. The committee’s tweet has since been deleted. This was a brazen attempt to have an actor blacklisted. Perhaps everyone who wants to work in the cultural sphere should first be asked: ‘Do you now, or have you ever, held anti-woke opinions?’

The outburst of woke McCarthyism in response to Fox’s refreshing deviation from PC blather is a worrying sign of the times. It confirms how shrunken the parameters of acceptable thought have become, and how unforgiving the cultural establishment is of divergent or independent thinking. But it also suggests these people are panicked, too. And this is the good part of the story. These people are panicked because they know, not least courtesy of Brexit and the mass rejection of Corbynism, that their stifling, illiberal, elitist racialism and unearned sense of moral superiority just do not cut it with the public anymore, if they ever did. People don’t buy this stuff. What will have horrified them most about QT was not so much Fox himself as the thought of all those ordinary people nodding along to Fox’s comments. The horror! Their blind fury with Fox unveils their own nagging sense that they are an isolated, decadent elite whose divisive and undemocratic values are held in disdain by most of the public. They’re right on that, at least.

So let’s have more people like Fox speaking up and speaking out. On spiked this week, we have more of Fox himself. The day after QT, he sat down with me for my podcast and we talked about all of the above. About how wokeness has become a doomsday cult, about the intolerance of the cultural industries, about the brilliance of Brexit and its pushback against the establishment, and about why we both love freedom of speech. You don’t want to miss this. Listen to it here.