The mainstream parties are struggling to hold off populist challengers. 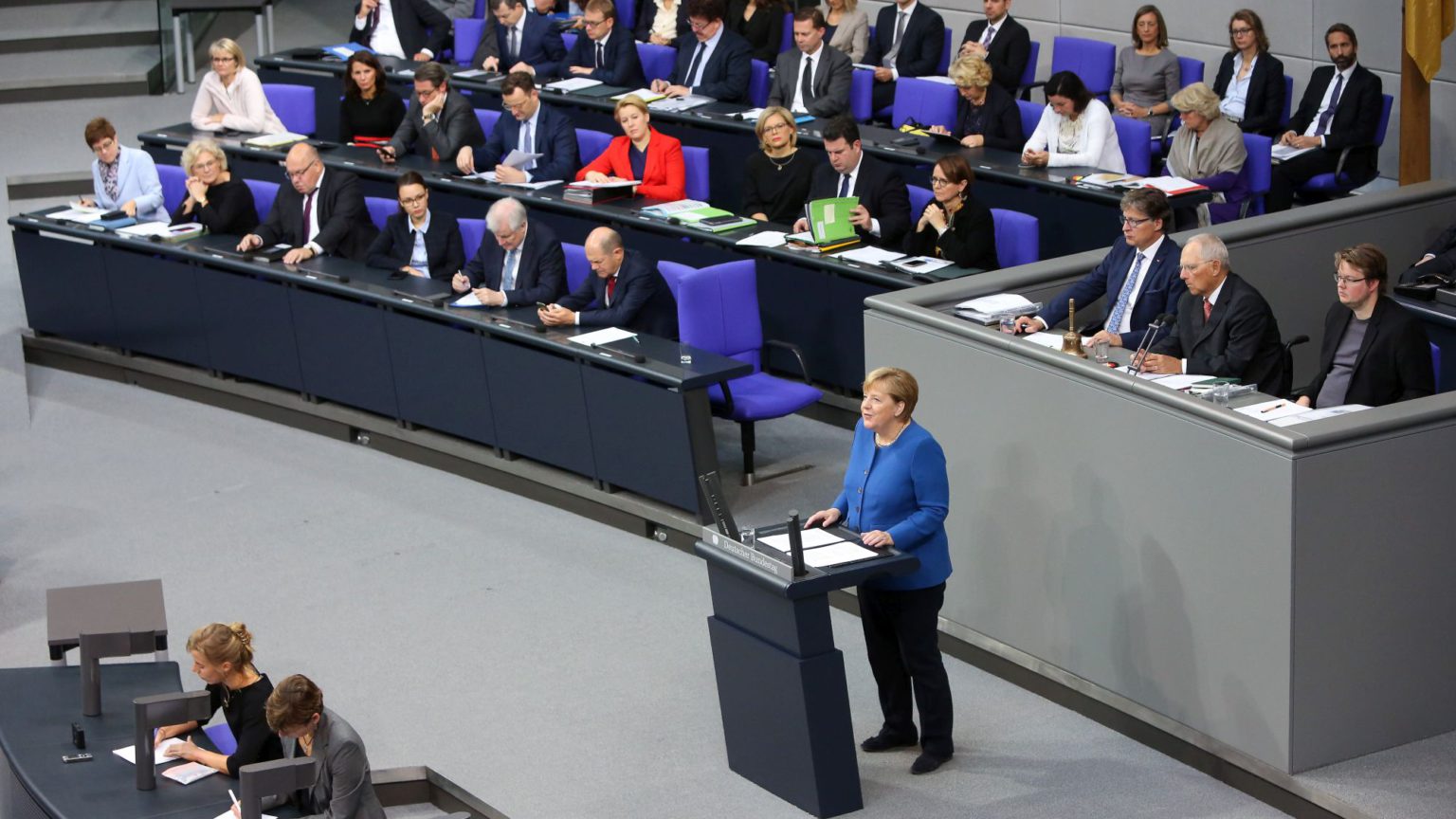 What will 2019 be remembered for in Germany?

Will it be the ‘Fridays for Future’ movement, as the Society for the German Language (GfdS) seems to think? This well-respected institution has included Fridays for Future in its list of the top three words of 2019. ‘More than any other expression of this era, the term stands for a young generation ready to take action on the climate crisis’, it says.

But how much has Fridays for Future actually affected people’s lives? Possibly as little as the word Flugscham (flight-shaming) – another term linked to the climate debate that gained prominence this year. ‘The flight-shame movement takes off’, claimed Deutsche Welle (Germany’s equivalent of the World Service) in July, just as Germans were about to set off on their summer holidays. But words and reality can be miles apart. In truth, more planes are flying from German airports than ever before.

Perhaps ‘Kenya coalition’ is the new word which describes the political reality in Germany more aptly. Based on the colours of the Kenyan flag, it refers to the colours of the centre-right CDU (black), the centre-left SPD (red) and the Green Party (green). Though not strictly new – the first Kenya coalition was established in 2016, in the eastern state of Saxony-Anhalt – this form of coalition has become the last resort for the established parties to hold on to power in ever-more parts of the country.

Following state elections in three eastern states in the autumn, Kenya was established in two of them: Brandenburg and Saxony. The weakness of the old ruling parties – the SPD and the CDU – which can no longer form stable governments on their own or with just one partner, has fuelled this trend. Kenya is the code for the defensive teaming-up of formerly separate – even opposing – parties against one common enemy: the AfD, which came second in all three of the big state elections. It’s a strategy that has led to unstable and largely administrative governments, whose main aim is to stay in office.

If there is a word which has truly dominated the news, it is Brexit. It most certainly beats the uninspiring Respektrente, chosen by the GfdS as the No1 word of the year. Respektrente refers to the government’s promise to stock up the pensions of the poorest by a relatively small amount. It was a poorly concealed attempt by the failing SPD, and its minister for labour, to ingratiate itself with voters. But like so many of the current government’s policies, it has failed to inspire. The disintegration of the SPD, which was left leaderless after chairwoman Andrea Nahles resigned in June, has become another defining trend of 2019.

It might seem wrong to declare Brexit as the word of the year in Germany – Brexit has, after all, been a focus of attention since 2016. Indeed, choosing it amounts to breaking a taboo. Britain’s quest to leave the EU has – in most cases – been presented to the German public as a negative and destructive endeavour. The nervousness towards any questioning of the EU among Germany’s elites became explicit in May’s elections to the European Parliament. A joint campaign of all the major political parties (apart from the AfD), the representatives of big industry (Volkswagen, Deutsche Bank, Deutsche Bahn and more), and even the church, called on Germans to ‘support the EU’.

The subsequent appointment of Ursula von der Leyen (an unpopular and unsuccessful politician in Germany) as president of the European Commission, and the continued support for Brexit in Britain (as shown by the December election) has led to more and more German people openly questioning the shibboleth of a peaceful and democratic EU.

2019 has been a year of transition. It hasn’t brought a change of government. But it will be seen as the year that Angela Merkel virtually disappeared. ‘Where is the chancellor?’, the press asked in autumn, as her public interventions had become even rarer than usual.

Merkel’s silence came at a time of economic insecurity, with much talk of a pending recession. (A recession seems to have been avoided, but the economy only grew by a meagre 0.5 per cent over the year).

The year was also overshadowed by two acts of right-wing terrorism: the murder of a local CDU politician in June and the attack on a synagogue in Halle in October. The government’s proposed new laws to punish anti-Semitic violence more strictly are welcome, but its plans to tighten hate-speech laws are worrying.

What will the coming year bring? Will Germany become more democratic, or more authoritarian and illiberal? The future is open, and with cracks appearing in the establishment parties, a lot could change