The attack in Halle was a reminder of the persistent threat to Germany's Jews. 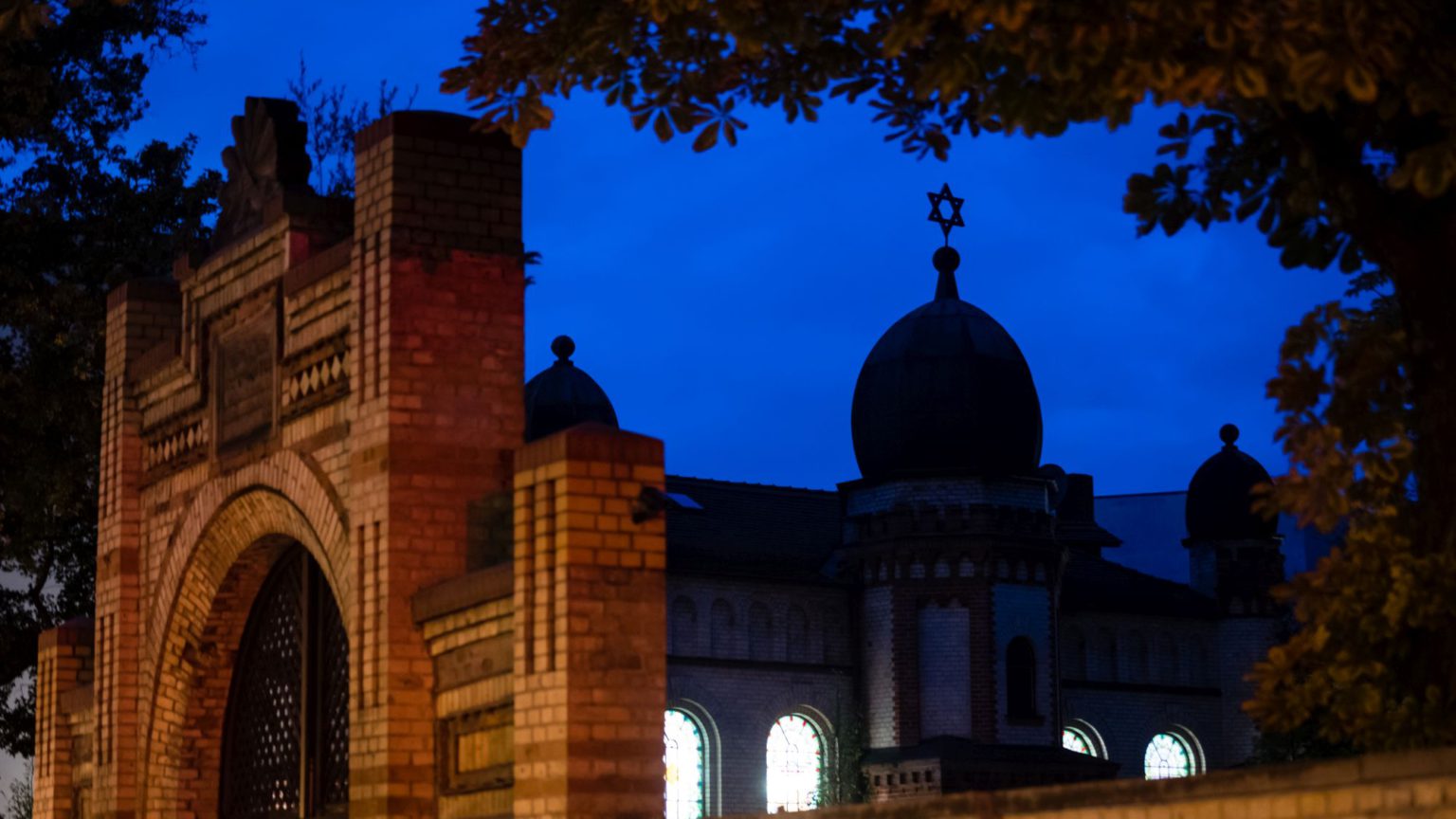 On Wednesday, a heavily armed 27-year-old man tried to enter a synagogue in the east German city of Halle, while the congregation had gathered to celebrate Yom Kippur. His intention, as he made clear in a recording uploaded online, was to kill Jews.

Unable to force open the heavily secured door of the synagogue, he shot dead a 40-year-old woman who happened to be passing near the synagogue. He then drove off in his car, which was filled with home-made explosives, to a nearby kebab shop, where he killed a 20-year-old man. After several hours, his rampage eventually came to a halt as he crashed his car. He was then overwhelmed by the police. The suspect has since been identified as Stefan B.

These are the facts. But it did not take long for them to be cast aside and for the blame to be attributed to wider forces. Predictably, the first recriminations were directed at the right-wing Alternative für Deutschland. Bavaria’s interior minister Joachim Herrmann said it wasn’t just the perpetrator, but also his ‘supporters in spirit’ in the AfD, who needed to be considered responsible. Matthias Döpfner, head of Axel Springer SE, Germany’s biggest publishing house, spoke of a ‘system failure within Germany’s open society’, and blamed the government for fanning the flames of racism. A commentator in Der Spiegel went so far as to claim that Germany was a country in which hatred of others could effortlessly pass from the election booth to the street. Meanwhile, a spokesperson for the Left Party said ‘the fact that an act is committed by one person alone does not mean that there is only one perpetrator’.

There is no doubt that Wednesday’s attack was horrific and could have taken many more lives. It is a worrying reminder of the risks faced by Germany’s Jewish community. Anti-Semitism continues to be a sad fact of everyday life. For decades, German-Jewish institutions have been under police special protection. Why there were no police outside the Halle synagogue on such an important day of worship is a question that needs answering. It is one that clearly worried Josef Schuster, president of the Central Council of Jews in Germany, who said after the violent rampage that ‘in all synagogues that I know from personal experience, it is normal practice, if unfortunate, that there is police protection during services’.

It would be wrong to downplay this attack and its consequences for German Jews. But it would be equally wrong – and potentially dangerous – to make it look more significant than it was. That would run the risk of giving this warped and vile individual more power than he deserves. Despite what commentators say, Stefan B was the only perpetrator in this crime. Several security experts, the police, his lawyer and even his family have confirmed that he was a socially isolated individual who had planned the attack alone. He produced his weapons using a 3D printer at home, where he lived with his mother.

The one thing this nihilist hoped for was fame. But, as many commentators have pointed out, that hardly makes him special. In the words of security expert Rolf Clemens: ‘These perpetrators seek recognition. They want to make the headlines. Christchurch was an example of how to do that. That’s what [Stefan B] wanted, too.’ Or as Frank Furedi argued recently on spiked, it is likely that such homicidal narcissists spend as much time on their media strategy as on the assault itself.

It is also absurd to excuse him for his actions by blaming others, such as the AfD, the German public or the government. He alone is responsible.

What we do need to take seriously is what Germany’s Jewish community has long warned of – namely, a rise in anti-Semitism. This racism has persisted in postwar Germany, despite the official Holocaust commemorations, the frequent pronouncements of Never Again, and the strict laws forbidding neo-Nazi propaganda. And it has also frequently taken a direct, violent form.

The first major anti-Semitic attack in postwar Germany took place on 9 November 1969. During a ceremony commemorating the 30th anniversary of Kristallnacht, a bomb was left in a synagogue community centre in West Berlin. Due to a fault, it didn’t explode. The attackers – left-wing terrorists – distributed leaflets that said: ‘The Jews expelled by fascism have themselves become fascists who want to wipe out the Palestinian people in collaboration with American capital.’

A year later, in February 1970, an arson attack against a Jewish nursing home killed seven residents, all of them Holocaust survivors. In 1994, and again in 1995, there were arson attacks against a synagogue in Lübeck. And in July 2000, a pipe bomb (similar to the ones used in Halle) killed 10 people, six of them Jewish, in a railway station in Düsseldorf.

Just last month, a 23-year-old Arab man managed to bypass the police and run into a synagogue in Berlin shouting ‘Allahu Akbar’ and swinging a knife. He was quickly arrested.

The problem of anti-Semitism in Germany manifests itself in other ways, too. There is of course the continued existence of far-right propaganda. But in recent years anti-Semitism has informed crusades against circumcision, calls to ban the kosher slaughtering of animals, and the growth of an increasingly aggressive and one-sided criticism of Israel.

The different forms that anti-Semitism now takes show how difficult it is to attempt to contain this racism through bans and censorship. Not that we should be trying simply to suppress anti-Semitism. Rather, we need to be openly challenging it. Because it is only by engaging in open and honest debate about anti-Semitism that life can become safer again for Jews living in Germany.