No confidence in the German establishment

The pro-EU parties crumbled – but a coherent Eurosceptic force is sorely lacking. 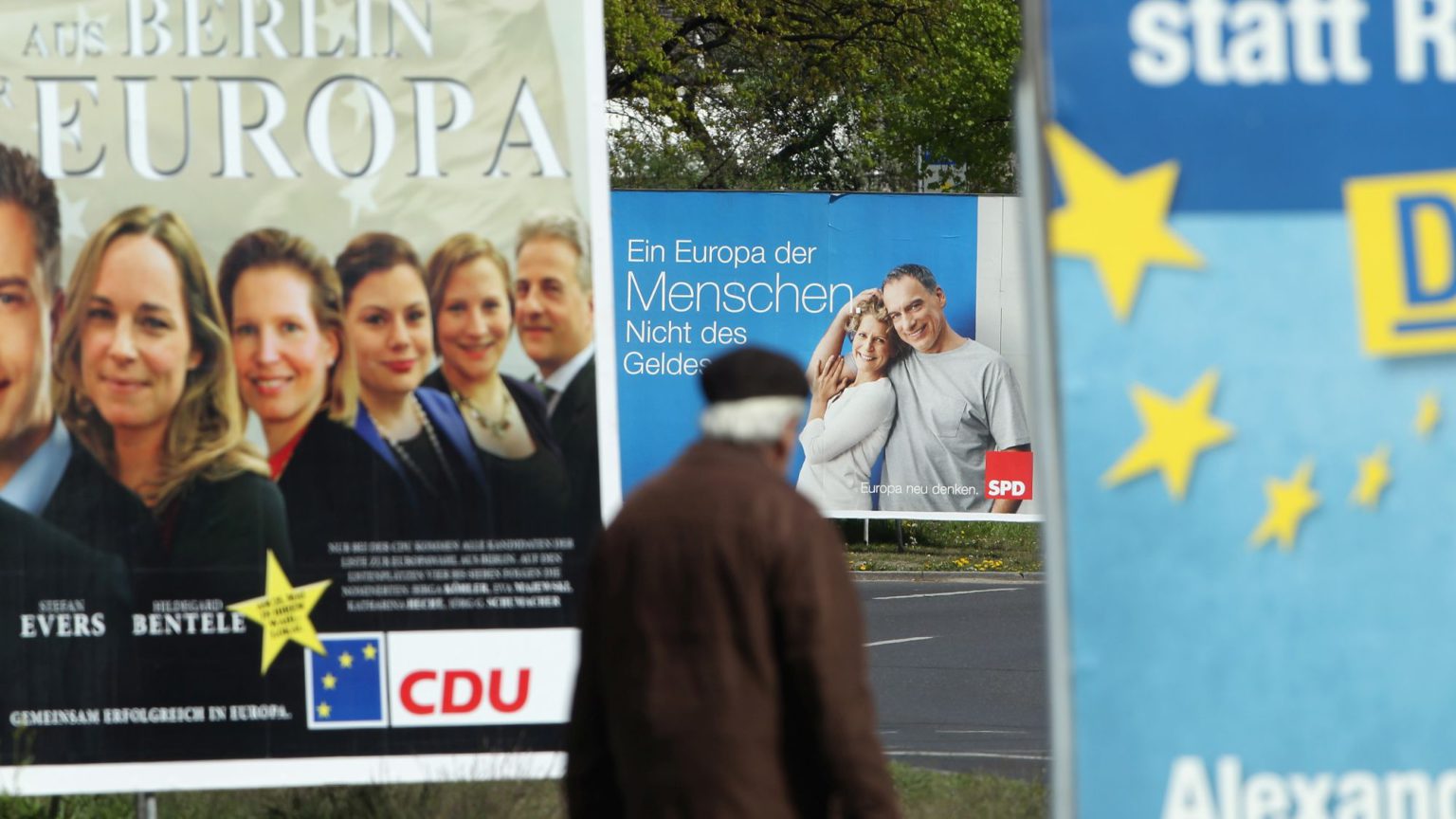 So what is the take-home message from the European Parliament elections in Germany? Apparently, the Germans are big fans of the EU and the real winner was democracy. At least, this was the startling conclusion drawn by the German media shortly after polling stations closed on Sunday evening.

A higher turnout (61 per cent, compared to 48 per cent in 2014), a modest performance from the right-populist AfD (it came in fourth place with 11 per cent of the votes), and a good result for the Greens (20 per cent) were all welcomed by pro-EU commentators.

But at the same time, the established parties suffered major losses: Angela Merkel’s CDU/CSU won a meagre 29 per cent (down from 35 per cent in 2014), while the centre-left SPD fell from 27 per cent to just 16 per cent. Millions of Germans clearly used the elections to pass a vote of no confidence in the governing parties. So it was odd to see so many commentators interpret this as a vote of confidence in the EU. This followed many attempts in the run-up to the elections to link any and all participation in the elections as indicative of pro-EU sentiment.

The pre-election campaign was totally unprecedented: it united not only all of the main political parties, but also the representatives of big business and even the church. For weeks, Berlin Central Station was lit up in the colours of the EU flag. Trains were stocked with pro-EU brochures. Lufthansa branded one of its airbuses with the slogan ‘Say Yes to Europe’. Volkswagen displayed a massive banner on its main factory in Wolfsburg that read: ‘Volkswagen votes for Europe.’ The German Protestant church published an election handbook to inform the public of each party’s election programme and ‘how important the work of the European Parliament’ can be for churchgoers. And yet despite all this electoral trickery, the largest electoral bloc – 49 per cent – was non-voters.

Of course, we cannot say how many of these non-voters, however disengaged they might have been from the EU elections, would have supported explicitly anti-EU parties. But what we can say, is that, even in Germany, being pro-EU does not guarantee electoral success. The prime example is the SPD. For years, the centre-left party has tried to present itself as the EU party. ‘Europe is the answer’, was its election slogan. Its programme, titled ‘Come together for a strong Europe’, said: ‘With a clear pro-European stance, the SPD wants to give new impetus to the European idea.’ One of its poster campaigns featured a picture of Donald Trump and the slogan, ‘Trump? #europeistheanswer’.

Yet on Sunday, the SPD didn’t only suffer great losses in the EU elections – it also fared poorly in the local elections that took place on the same day. It even lost in its last remaining stronghold in regional politics: Bremen – a city it had ruled since the founding of the Federal Republic of Germany 73 years ago.

More than anything, these elections show that German Eurosceptics have yet to find a home. Both the Left Party (Die Linke) and the AfD have watered down their anti-EU rhetoric in recent months. At its party congress in February, some members of the Left Party wanted to take a more staunchly anti-EU line. Their call to refer to the EU as ‘militaristic, undemocratic and neoliberal’ in the election campaign was rejected. Instead, the party now calls for a new Europe, based on solidarity.

Meanwhile, the AfD still campaigns for the EU Parliament to be wound down. But it has gone surprisingly quiet about what was once its central demand: the abolition of the Euro. Before the elections, party leader Jörg Meuthen called for the EU to be reformed, rather than abolished. Some commentators have tried to argue that this softening indicates that the EU is just so popular that the populists have been forced to give up their more radical anti-EU demands. But the fact that both Die Linke and the AfD failed to meet expectations in these elections might tell us the opposite: perhaps adopting a clear and coherent anti-EU position would have made these parties more attractive to voters.

To this day, unlike many EU countries, Germans have yet to participate in any major vote or referendum on EU matters. What’s missing in Germany is a credible and coherent opposition party that could facilitate a more open and honest debate on the EU. It is a great shame that there was no party that could fulfil that role in these elections – but at least the establishment parties got a well-deserved drubbing.