The rise of the AfD

The German establishment’s complacency and elitism are assisting the AfD. 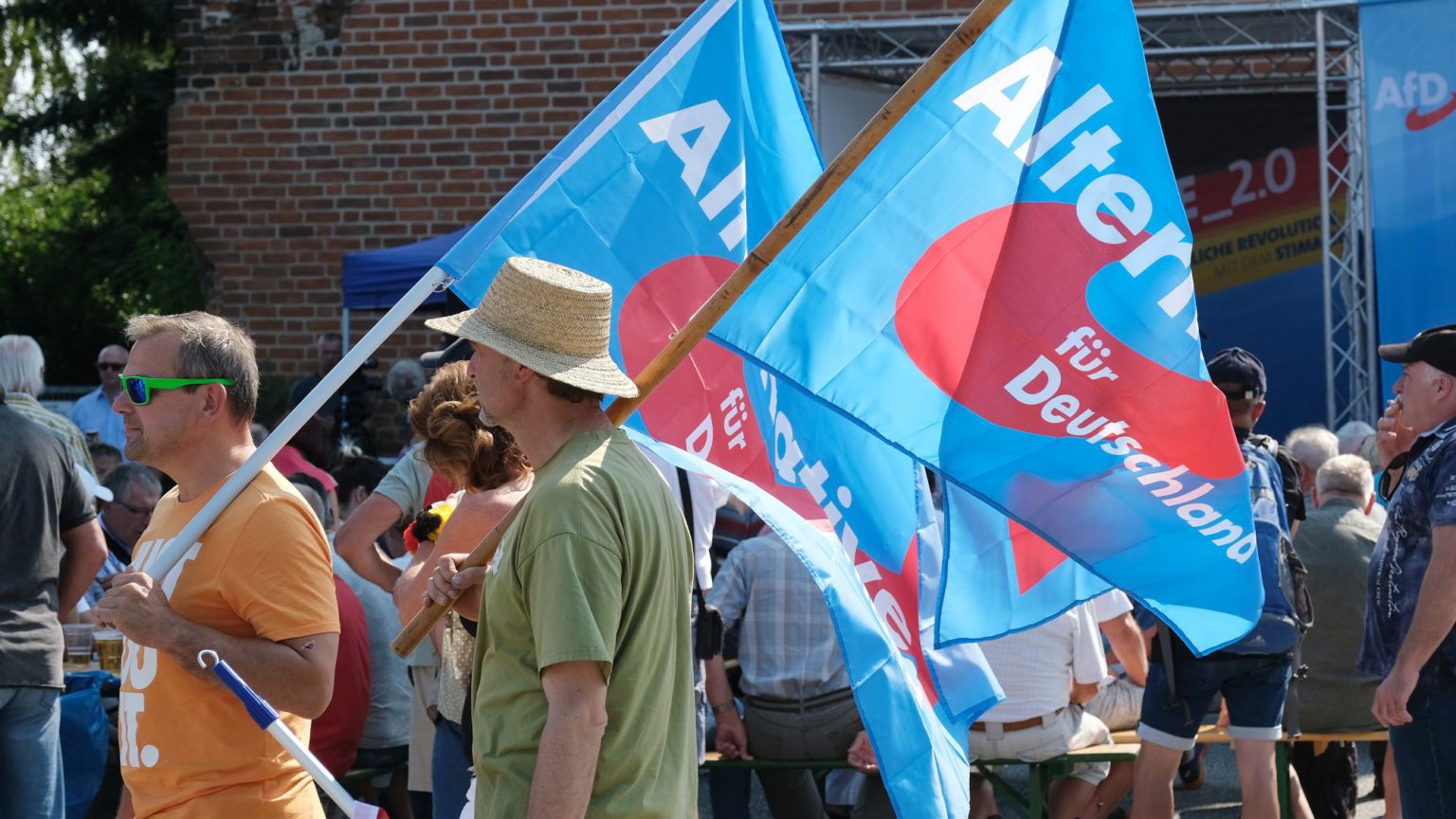 Germany is just two months away from commemorating the 30th anniversary of the fall of the Berlin Wall. But for many commentators, east and west Germany are more divided than ever. The success of the right-wing Alternative für Deutschland (AfD) in the recent state elections in Brandenburg and Saxony has fueled this concern. The AfD came second in both elections. In Brandenburg, it won 23.5 per cent of the vote, just 2.7 per cent below the ruling centre-left SPD. In Saxony, it won 27.5 per cent of the vote, 4.6 per cent behind the incumbent centre-right CDU. ‘When I, a Wessi [west German], leave Berlin… I see nothing but right-wingers… These are people whose sensitivities I don’t understand… Thirty years after the fall of the wall, there is still no unity’, said a writer for Der Spiegel.

Many in the east are just as keen as their western counterparts to distance themselves from AfD voters. The ‘most important message’ from Saxony’s election result was that the ‘friendly Saxony’ had won, said Michael Kretschmer, the state’s CDU minister president. As if reading from the same script, Brandenburg’s minister president, the SPD’s Dietmar Woidke, emphasised that ‘the face of Brandenburg would remain friendly’. Of course, ‘friendly’ is a code word for mainstream or pro-establishment. But presenting the elections in these terms may have helped the governing parties to their narrow victories. Some analysts suggest that voters, who would otherwise have opted for the Greens or Die Linke (the Left Party), supported the ruling parties for fear of the AfD coming first.

The debate about the east-west divide is deeply anti-political. It focuses solely on the question of what is wrong with east German voters – and the roughly one million AfD voters in particular – rather than on what has gone wrong with German politics as a whole. As a result, there is a great deal of snobbery in the discussion. For Brigitte Fehrle, former editor of the left-liberal Berliner Zeitung, the AfD’s success can be explained by a mixture of voters’ ‘disappointment’ and their ‘unrealistic expectations about what is possible in politics’. Sociologist Cornelia Koppetsch, author of a bestselling book on right-wing populism, describes AfD voters as a ‘cross-section of globalisation’s losers’. This is despite research finding that people who voted for the AfD in 2017 don’t see themselves as ‘losers’ of globalisation at all, and even rate their personal economic situation as above average. That AfD voters might simply hold different political values or views on climate policy, immigration and the family is rarely considered.

None of this is to say that there is no east and west divide. Most concerning is the economic weakness of the east. A report by the Halle Institute for Economic Research Productivity shows that, 30 years after reunification, productivity is still much lower in the east than in the west. Ninety-three per cent of the 500 biggest German companies have their headquarters in the west. People in the east still earn on average 20 per cent less than their western counterparts. The situation is particularly dire in rural areas, where there is a serious lack of infrastructure and public services. Even Saxony, once praised as one of the more dynamic eastern states, with its beautifully renovated cities of Dresden and Leipzig, is still heavily dependent on around €1 billion per year in subsidies from the federal government.

The key political difference between east and west Germany is that the disintegration of the mainstream political parties is far more advanced in the east. This is one of the main reasons the AfD performs best in the east. Unlike in the west, the traditional parties have never had a stable electoral base in the east. Election successes have been largely down to the popularity of individual leaders. In the west, the traditional parties are still able to rely on some form of voter loyalty. But these loyalties have been breaking down quickly in the west too, as the broader decline of the SPD illustrates.

In fact, the politics of the postwar era that gave us the two main parties was already over by the time of reunification. No one who grew up in the east will have experienced a time when it really mattered whether it was the SPD or the CDU in government. In the west, before the fall of the wall, the grand coalitions that have defined so much of the Merkel era were exceptional. Few would have claimed as they do now that the two parties were basically the same.

In 1969, Willy Brandt became the first SDP chancellor. He won the elections with his famous promise to ‘dare more democracy’. In the recent elections, Brandt’s slogan was appropriated by the AfD, which printed it on its election posters in Brandenburg. Another of the AfD’s campaign mottos was Vollendet die Wende. Die Wende refers to the post-reunification transition to liberal democracy, which the AfD promises to complete. Both slogans annoyed the representatives of Brandenburg’s SPD tremendously. But no one can claim that they weren’t cleverly chosen. Many Germans in the east rightly feel that the promises made 30 years ago – of economic growth and democracy – are yet to be properly fulfilled.

The established parties have ceded ground to the AfD by refusing to take it seriously. Instead of engaging AfD representatives in as many debates as possible, they have relied on trying to expose the party’s far-right connections. For instance, the AfD leader in Brandenburg has been accused of joining a Neo-Nazi demonstration in Greece in 2007. Though these accusations are not trivial by any means, they have only helped to strengthen the impression among AfD supporters that the established parties prefer to vilify the party morally, rather challenge it politically.

Ultimately, the desire for political change is not limited to east Germany. If the mainstream parties continue to be complacent, all voters will look elsewhere. On this front at least, the east and west might be closer than suspected.