The brutal crackdown cannot defeat the ideas motoring the protests. 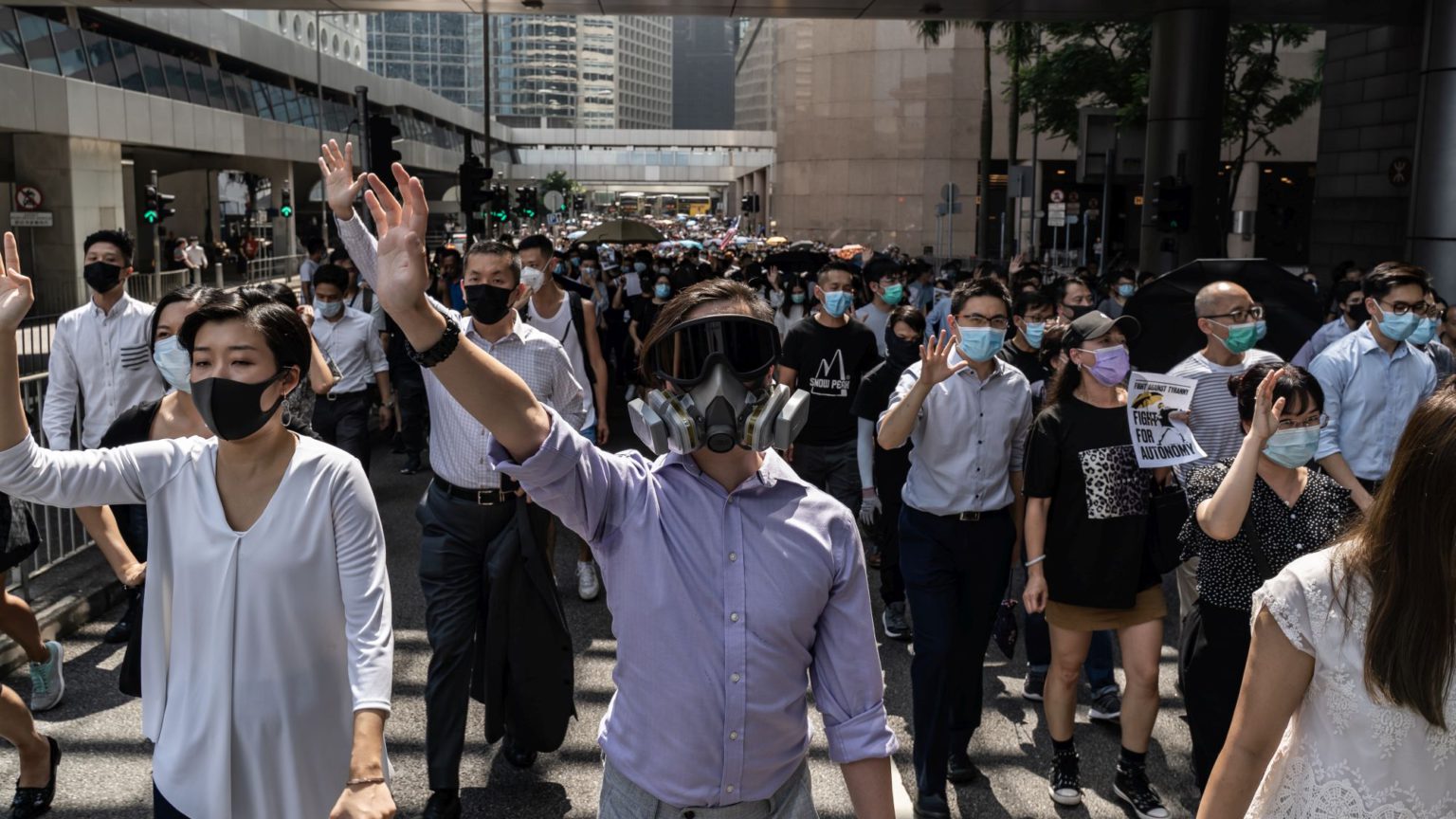 Hong Kong authorities are turning to increasingly fierce and repressive measures, as their frustration at their inability to quell protest in the city mounts. The leadership has now invoked colonial-era emergency powers that many compare to martial law.

From midnight tonight, anyone wearing a mask or face-covering at a demonstration faces a prison sentence and / or hefty fine, with some exceptions for those wearing them for health, religious or professional reasons. Outside of those circumstances, anyone who refuses to take off a face-covering to reveal their identity to a police officer will face penalties.

The measures were mooted in the press on Thursday, provoking further protest before it was even officially announced. The actual announcement is likely to bring out many more protesters. These powers are drawn from the Emergency Regulation Ordinance, which some have likened to martial law.

To call these powers a colonial relic is an understatement. They were written in 1922 and last used in 1967. The only major change to the ordinance that has been made over the years was to swap the title of Hong Kong’s leader from governor to chief executive.

Worse still, new instructions to police leaked earlier this week, commonly assumed to be dictated by Beijing, have made it easier for officers to use lethal force. Already, one teenager, Tsang Chi-kin, is in intensive care with a bullet through the lung as a result of this measure.

The authorities are clearly unable or unwilling to engage with the pro-democracy movement. They prefer to see the current unrest as a matter of criminality, and swing a truncheon rather than proffer an olive branch. But the strategy is not working, and has painted the authorities into a corner, in which they can only use more force and repression to quell Hongkongers’ legitimate aspirations.

The Chinese authorities have always struggled to understand Hong Kong. For years now, Beijing seems to have held to the view that Hong Kong is not a ‘political city’. Beijing is unable to imagine that Hongkongers could have legitimate aspirations towards universal suffrage and other democratic norms.

This tone was set by Deng Xiaoping’s comment after Britain’s return of Hong Kong to the mainland in 1997. He said that ‘horses will still run, stocks will still sizzle, dancers will still dance’. And indeed, when Hong Kong prospered in the 1970s and 80s, there was little in the way of dramatic political expression, though there was little outlet for it anyway. But as the handover neared and the last British governor, Chris Patten, tried to secure more democracy for Hong Kong, interest in politics sharpened, as did a growing sense of a unique Hong Kong identity.

The cloth-eared insensitivity to Hongkongers’ ambitions remains. An opinion piece in the South China Morning Post argues that, as the underlying problem is the economy, the government should just spend more money. None of the protesters’ demands is about the economy.

It is often said that the protesters are mainly university students, who have the support of doctors, lawyers and other middle-class professions in the rear. Last night, riot police tried to arrest a demonstrator in the middle-class district of Tai Koo and brought hundreds of residents out on to the street, shouting at them to release the protester and leave the area.

But as the size of the demonstrations repeatedly shows, support for democracy and hatred of the police cuts across almost all class lines. They cannot be dismissed, even though many are trying to do just that – claiming, among other things, that the protests are driven by the CIA who are plying citizens with money.

Now, the unrest does come at a great time for the US, as it pursues its trade war with China. Trump may not have offered much support to the protesters, but other US politicians have. And undoubtedly, Hong Kong’s opposition movement has spent time courting politicians of all stripes in Washington DC. The pay-off is that Congress may well pass the Hong Kong Human Rights and Democracy Act, which would make the city’s trade status dependent on its human rights record.

But one wonders why protesters would need the CIA’s money. The median income in Hong Kong is around US$2,200 a month. Hongkongers are in no need of US government cash to buy post-it notes and gas masks. And their aspirations for democracy did not need to be whispered in their ears by US spies.

Beijing is fearful that democratic ideas will spread across the mainland. And ironically, the suppression of Hong Kong’s democracy movement is leading it to look beyond the city’s borders, to express solidarity with the Uighurs and develop stronger ties with Taiwan. This might well prove to be the embryonic stage of a pan-China democracy movement.

But in the short term, expect more cracked skulls and broken bones.