Get the cops out of the media

Neil Basu’s warning was an affront to press freedom. 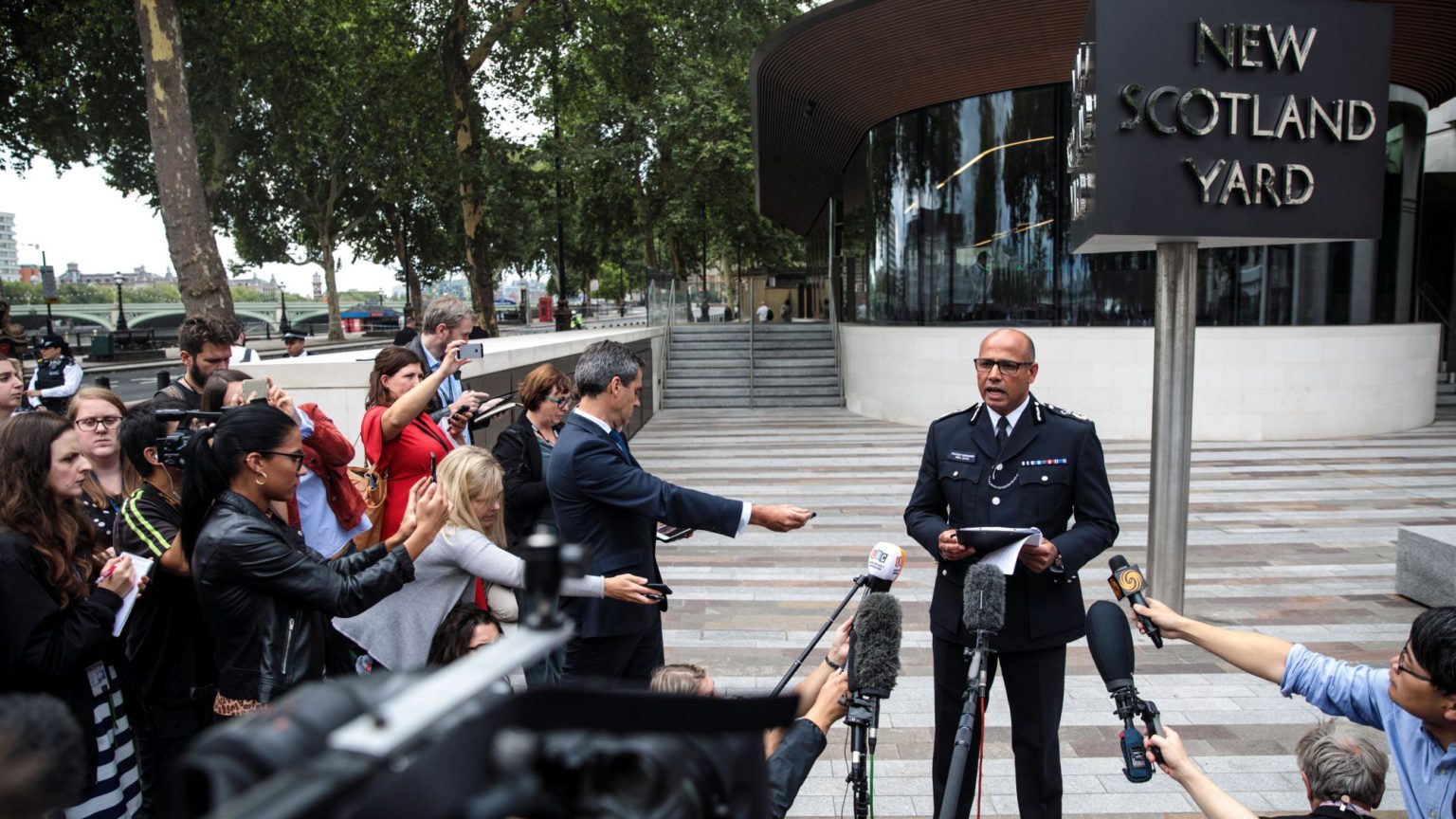 How did we reach a situation where a top cop thinks he has the right to tell the media what they’re allowed to publish?

This is the case – the alarming case – of the Metropolitan Police’s assistant commissioner for specialist operations, Neil Basu, who caused a storm last week when he warned journalists not to publish Foreign Office leaks.

Seeming to think he lives in North Korea rather the the UK, Basu said journalists who get their hands on leaks pertaining to Kim Darroch should think twice before publishing them.

Darroch was the UK ambassador to the US. He resigned last week following the publication of cables leaked to the journalist Isabel Oakeshott which quoted his less than favourable views on Donald Trump.

Publishing these cables could be a ‘criminal matter’, said Basu. His aim, according to government officials, was to ‘protect the government from embarrassment’.

Since when has it been the police’s role to protect officialdom from journalists who have embarrassing revelations? This really is the stuff of a police state if cops think they must shield Britain’s rulers from the press.

Thankfully there has been pushback against Basu, including from the two Tory leadership contenders and from most of the press. Basu has now backtracked.

But still we have to ask how this shockingly authoritarian idea came out of a policeman’s mouth in a supposedly liberal country.

It isn’t simply down to Basu overreaching. Rather, the Basu affair speaks to the creeping criminalisation of journalism, especially of the dirt-digging variety.

This isn’t even the first time Basu has sought to boss the media about. In March, following the racist massacre of Muslims in New Zealand, he blamed the mainstream media for ‘radicalising’ far-right terrorists and suggested they tone down their rhetoric on certain issues. There was distinctly less pushback against him then, since much of the liberal media agreed with him.

During the Leveson Inquiry into tabloid phone-hacking, Scotland Yard’s Sue Akers arrogantly described tabloid media output as ‘salacious gossip, not what I would describe as being remotely in the public interest’. Maybe the cops should edit the papers?

And of course dozens of journalists have been arrested in recent years as part of the Leveson witch-hunt, and haven’t been found guilty of anything other than trying to get good stories.

For too long, liberals, leftists and others have watched, and even cheered, as the police and the state more broadly have stuck their noses into the press.

The end result is the likes of Basu warning journalists off stories that are clearly in the public interest. To ‘save the government from embarrassment’, no less.

This is where all assaults on press freedom lead – to the protection of the powerful from allegedly grubby journalists. Enough. Get the cops, the government, judges and the state out of the press. The press must be completely free to report and publish the truth as it sees it.