Festival-goers are being strip-searched at train stations on the basis of zero evidence. 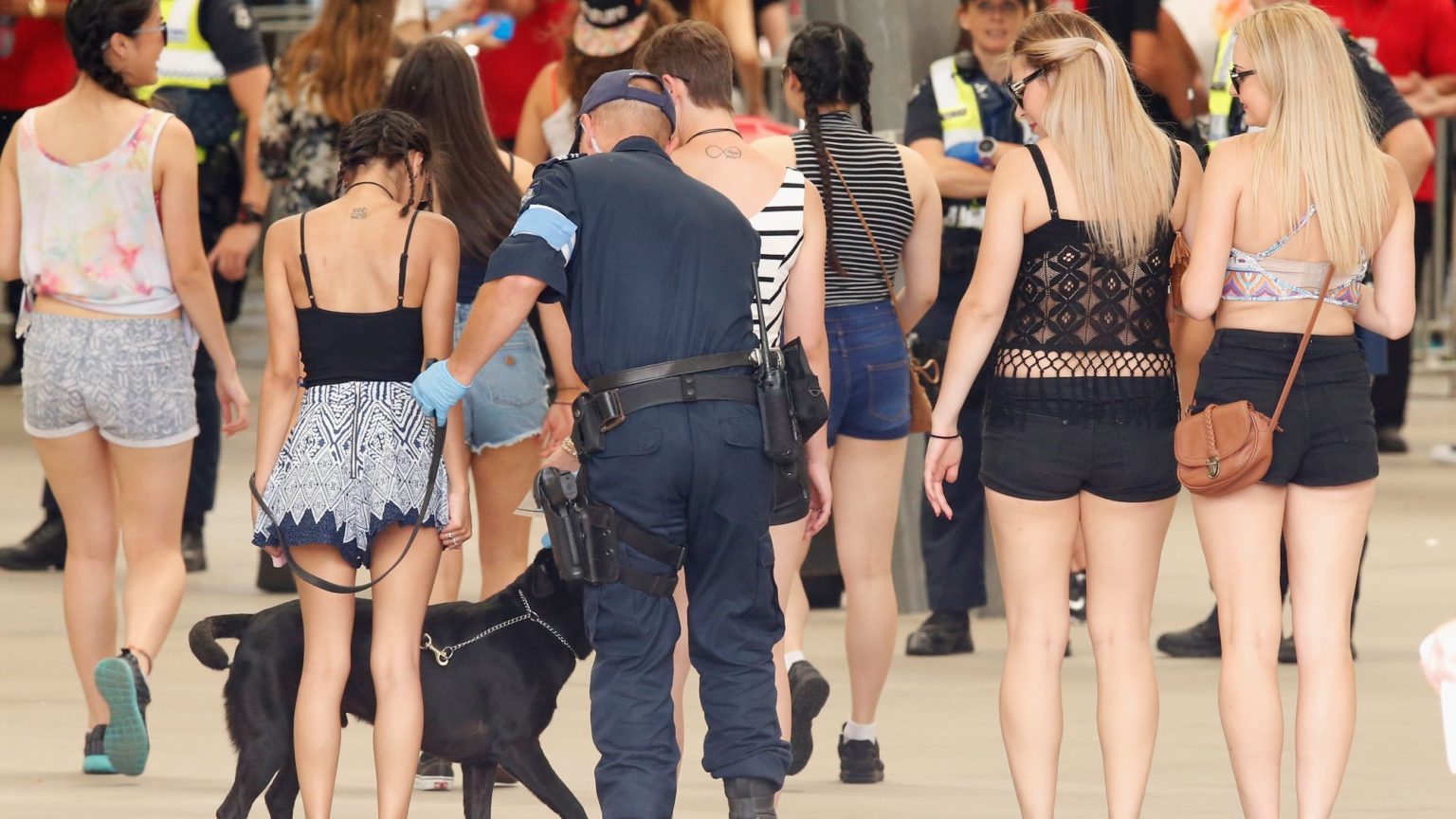 When people think about Australia, they often imagine the ultimate laid-back lifestyle, tanned bodies adorning long white sandy beaches, and BBQs with friends on a hot summer’s afternoon. Yet in reality, the laid-back Australian way of life is slowly dying, as governments at both the state and federal level seek to expand the nanny state.

In years gone by, Australians would gather around backyard BBQs with our mates and an esky (cooler) full of beers and sometimes discuss the illiberal turn of Britain and the United States. These conversations would usually end in us concluding that ours was the greatest country in the world.

Yet, in recent years, the denial of civil liberties we once imagined isolated to Europe and North America has come to our shores, disrupting the Australian way of life. Just take a look at some of the illiberal schemes designed to clamp down on drugs that have been introduced in Australia recently.

In Sydney, our most iconic city, known the world over for its picturesque harbour and opera house, music festival-goers and commuters on public transport have been strip-searched by New South Wales (NSW) police in an attempt to address the state’s drug problem. While police claim these illiberal measures are justified, there have been a number of accounts of individuals being humiliatingly strip-searched without cause.

When confronted with such accounts, the NSW police usually claim that sniffer dogs, indicating an individual had drugs, warranted the search. But there have been several accounts of searches being conducted without sniffer dogs providing such an indication, or sniffer dogs appearing to be urged to do so by their handlers.

Data from the NSW and South Australian governments have indicated that somewhere between 63 per cent and 82 per cent of all searches conducted due to sniffer dogs uncover no evidence of drugs or other illegal material. This means that the vast majority of people subjected to these humiliating searches, often performed in nothing more than tents on train-station platforms, will have done absolutely nothing to warrant them.

In recent weeks, this erosion of civil liberties in New South Wales has been taken even further by the state’s government. In the run-up to the state’s election, the ruling Liberal / National coalition has revealed plans to allow warrant-less searches of the homes of individuals previously convicted of dealing drugs.

While the leader of the state government, Gladys Berejiklian, claims this will give drug dealers ‘nowhere to hide’, this scheme is an affront to the basic rights of due process and civil liberties that Australians view as the foundation of our society.

In the past, we thought Australia was different, that we were somehow immune to the degradation of civil liberties our compatriots in the United States and Britain had to endure. But in recent years, Australia has begun to follow these nations down the same dark path.

In years gone by, our nation could be summed up in three little words, ‘fair go, mate’ – a simple affirmation that fairness and justice ultimately prevail within our shores. But these illiberal drugs crackdowns are undermining that basic ideal.