Amid the battle for Brexit, remember ‘Rexit Day’

On the 370th anniversary of the execution of King Charles I. 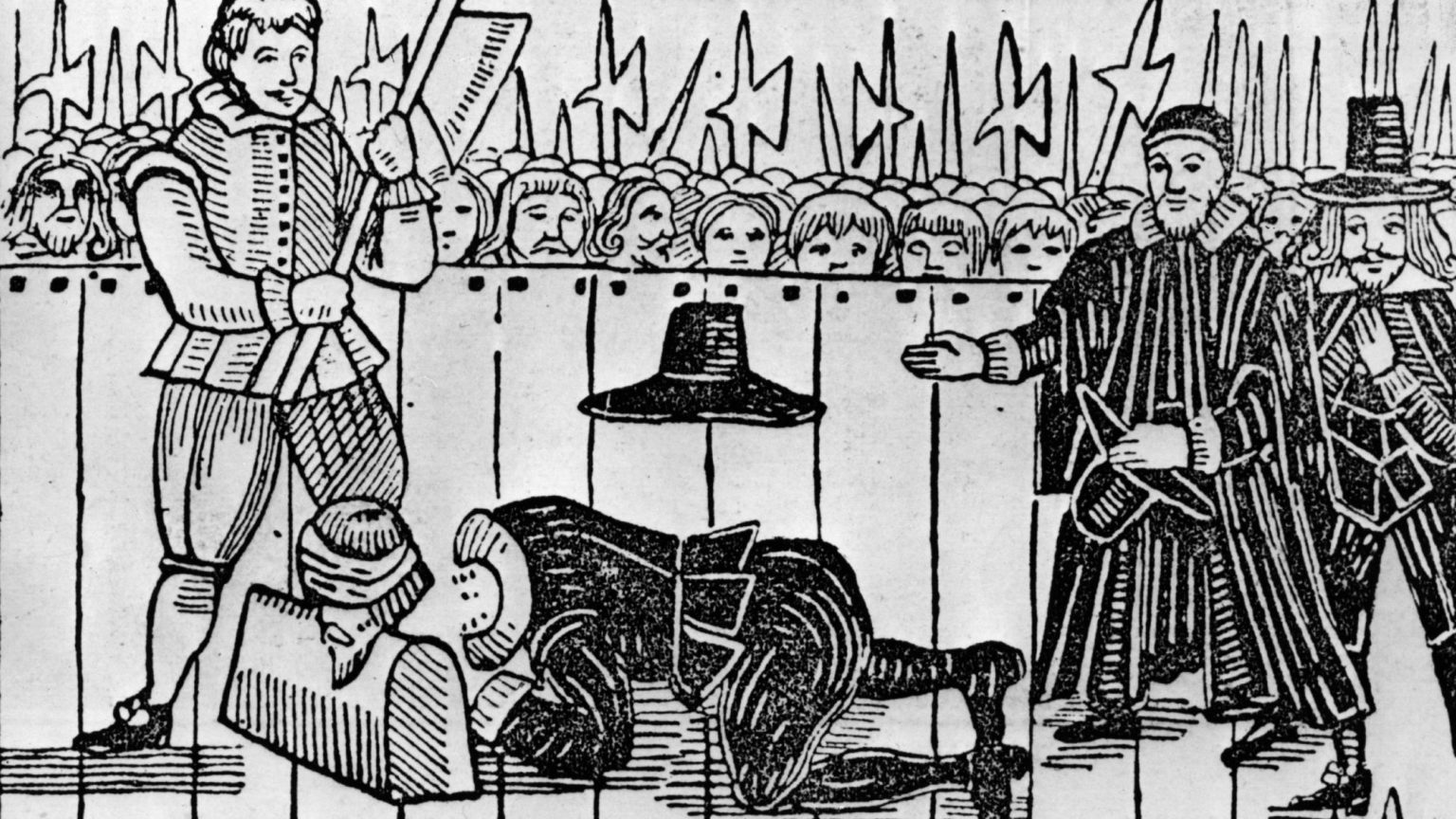 Today is the 370th anniversary of the most decisive blow ever struck for modern democracy in Britain.

On the afternoon of 30 January 1649, King Charles I stepped through a window at Banqueting House on London’s Whitehall, on to a scaffold erected outside. There a hooded executioner beheaded Charles Rex, the king of England, Scotland and Ireland, for treason, with a single blow of the axe. Thus today, as a friend of mine observes, might be remembered as Rexit Day.

The execution of the autocratic Charles I signalled the end of the bloody civil wars between the forces of parliament and the crown. It led to the abolition of the monarchy and the House of Lords, and the declaration of a short-lived republic named the Commonwealth of England. These historic events put the idea of democracy on the agenda not only in Britain, but also across the Western world. The English Revolution of the 1640s would light a long-burning fuse that led to the American and French revolutions of the 18th century.

All of which might seem long ago and far away. The monarchy was restored under Charles II in 1660, barely a decade after his father’s execution. Today the widely admired Queen Elizabeth II appears far removed from her despotic and warmongering predecessor, as she appeals for political calm and compromise over Brexit. Her eldest son, the future King Charles III, may not be particularly popular, but he is unlikely to end up on a scaffold down Whitehall way.

Yet amid the current battle over Brexit, it is worth recalling what happened 370 years ago. Because what is at stake today is not just the UK’s future relations with the European Union or trade deals with the world. It is democracy itself, the relationship between the demos, the people, and kratos, power – the unfinished business of the civil war.

Those ‘rebel’ members of parliament conspiring in the Commons this week are not merely seeking to delay Brexit or tweak the Withdrawal Deal. Most of them want to stop Brexit, by defying the democratic will of 17.4million Leave voters – the largest vote, we must never tire of reminding them, for anything in British political history.

The amendment passed by MPs last night, proposed by the Tory Dame Caroline Spelman and Labour’s Jack Dromey, says that parliament ‘rejects the United Kingdom leaving the European Union without a Withdrawal Agreement and a Framework for a Future Relationship’. Which in the current context translates as MPs ‘reject the UK leaving the EU’, full stop. Meanwhile, prime minister Theresa May continues to act as if she were Her May-jesty, trying to press ahead with her (non-)Withdrawal Agreement that would leave the UK in thrall to EU rules regardless of the fact that neither Leave nor Remain voters support it.

Above and beyond the divisions in parliament and despite the lip service they all pay to democracy, the consensus in the Commons is that they know what’s best for the rest of us – and it’s not the genuine Brexit we voted for.

Listening to this carry-on brings to mind the last words Charles I is supposed to have spoken on that scaffold, as he awaited the axe. Charles believed in the God-given right of absolute monarchy. As for the people, the king declared, ‘truly I desire their liberty and freedom as much as anybody whomsoever’. But, he made clear, the people’s ‘liberty and freedom’ could only be protected by a strong government laying down the law. ‘It is not for having share in government’, the monarch insisted, ‘that is nothing pertaining to them; a subject and a sovereign are clean different things’.

Today’s parliamentarians may not believe in the ordained sovereignty of kings. But they seem to share Charles’ disdain for the populace, his insistence that the people’s freedom is best left to their betters to decide on, and his overriding belief that a sovereign power – in this case, parliament – must have the right to rule over its ‘subjects’ without question.

Now, 370 years after the revolting Commons voted to abolish the House of Lords as ‘useless and dangerous to the people of England’, the lords are back in the forefront of the campaign to wreck Brexit. Most peers may no longer be hereditary aristocrats, but this ragbag of 800 unelected, unaccountable appointees acts with the same high-handed contempt for the ‘common’ people as the lords of old.

Meanwhile, our elected MPs in the Commons behave more like aristocrats appointed from above than representatives of the people. Unlike the MPs of the 17th century, they are voted into parliament by universal suffrage. Yet what sort of ‘representative democracy’ is it where leading Remainer conspirators from both the Tory and Labour parties are MPs for seats where between 60 and 70 per cent voted Leave? They have managed to be less politically representative than the largely unelected Commons of the 1640s.

Democracy remains the unfinished business of the civil war because, even back then, the popular revolution was ultimately contained and thwarted. More than a year before Oliver Cromwell and the Commons reluctantly voted to execute the king, the radical movement of Levellers and Agitators in the army – which had long led the demand for Charles to be deposed – rebelled against the refusal of the parliamentary leadership to grant the vote to the people and soldiers they claimed to represent. ‘The ground of the late war between the king and you [parliament] was a contest whether he or you should exercise the supreme power over us’, declared an angry Leveller petition of late 1647. It is hard not to view the parliamentary bunfight between Her May-jesty’s plan for Remain-by-another-name and the outright Remainer ‘rebels’ as a bloodless contest to decide which set of elitists ‘should exercise the supreme power over us’ today.

But today’s political supremacists may yet pay a price for their betrayal of democracy over Brexit, even though the shadow of the gallows is not going to fall upon Whitehall again any time soon. The battle for Brexit has let the democratic genie out of the bottle, and it will not easily be forced back into the old constraints.

In his book The World Turned Upside Down: Radical Ideas During the English Revolution, the historian Christopher Hill noted that, though they were defeated by Cromwell and Co, the radical democrats in the New Model Army had ‘one great achievement’. He quotes their enemy, Clement Walker, one of the MPs expelled from parliament at the end of 1648 for seeking compromise with the king: ‘They have cast all the mysteries and secrets of government… before the vulgar (like pearls before swine)… They have made the people thereby so curious and arrogant that they will never find humility enough to submit to a civil rule.’