Don’t reform the House of Lords – get rid of it

The upper chamber continues to be an affront to democracy 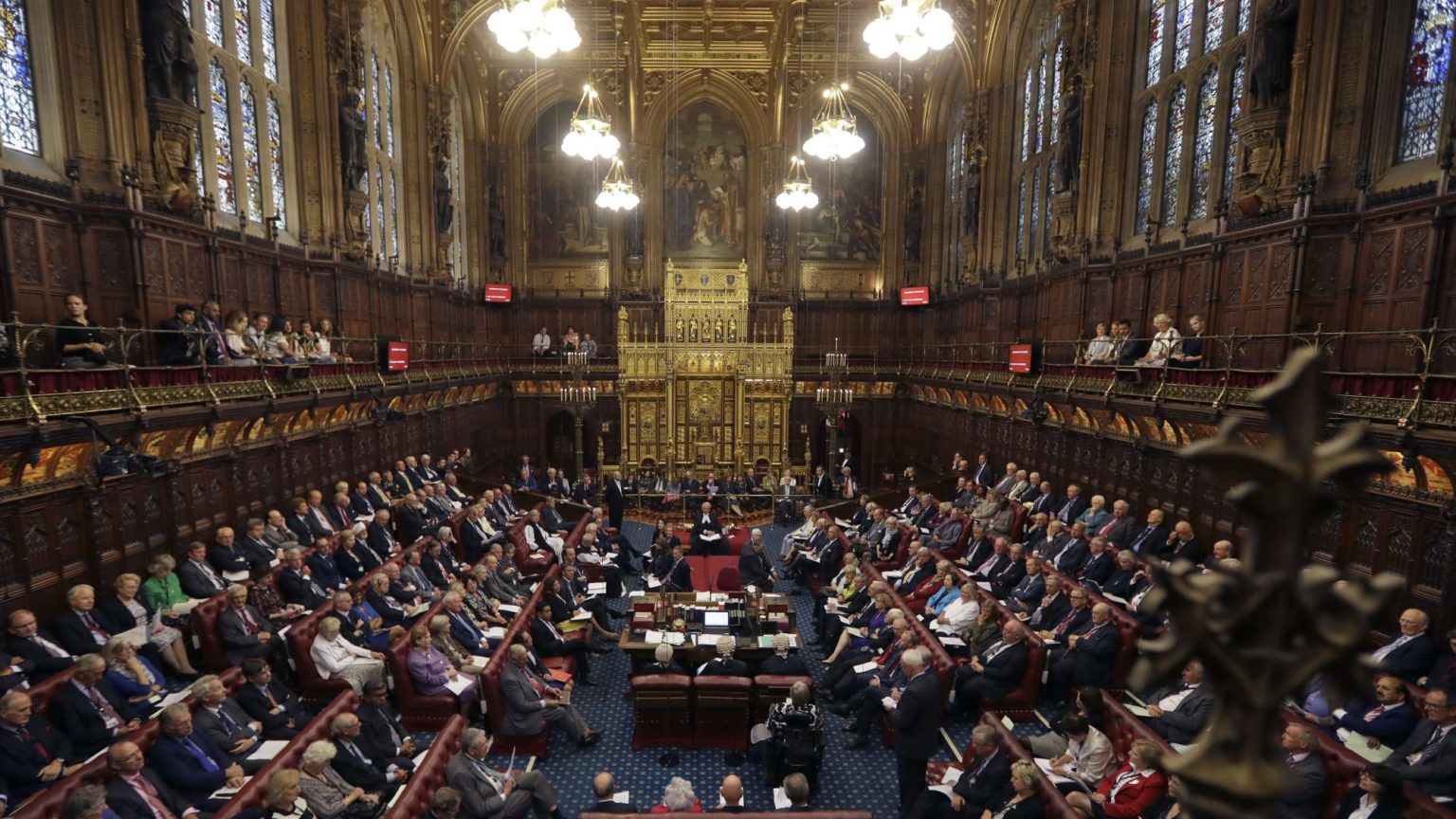 The House of Lords seems to be in a perpetual state of half-baked reform. Nearly two decades on from New Labour turfing out hereditary peers, only to replace them with politically appointed life peers, politicos continue to talk of further modernising the upper chamber, mooting the possibility of rendering it elected, and talking angstily of its bloatedness and its costliness.

Some lords now even contribute to this chorus of complaint themselves, none more so than its current chair and lord speaker, Norman Fowler, an unremarkable member of Margaret Thatcher’s Tory ministries of the 1980s. At the end of 2017, a report commissioned by Fowler recommended a two-out, one-in policy for peers to reduce the sheer size of the upper chamber. And this week Fowler has seen fit to call again for a ‘slimmed-down’ house, and a more rigorous appointment process to avoid giving peerages to, in his words, ‘passengers’ who contribute little to the upper house.

As well he might. The House of Lords is, absurdly, the world’s second largest legislature, after the People’s Republic of China. Moreover, it is brimful not with razor-sharp minds, but with the corpulent, the crapulent and, if reports are to be believed, the flatulent. If it wasn’t for the fact that many are only too happy to enjoy titular prestige (plus a reported £83,000-a-year top-up fund), without wanting actually to sit on the upper house’s plush red-leather benches, then it seems unlikely a structure as supposedly decrepit as the Palace of Westminster could sustain a full complement of peers.

And yet for all the talk of reform, for all the blather about tweaking this and trimming that, the fundamental problem with the upper chamber remains the same as it always has been throughout its post-Medieval existence — it is anti-democratic. As an institution, it exists as a bulwark against the will of the people. If the House of Lords was democratic, if it did represent or feature the demos in some form, it would cease to be. For its reason to be lies precisely in its opposition to the people, its opposition to their power formally represented in the Commons. Its function is to check, revise and, where it deems necessary, impede the legislative will of our elected representatives.

In this sense, it is a chronic hangover from a pre-modern era of feudal entitlement, drawing its support from those still resistant to the promise of self-government. This is why a radical democrat like Thomas Paine called its earlier incarnation the ‘remains of aristocratic tyranny’. And it is why Oliver Cromwell, in an Act of Parliament in 1649, said that ‘The Commons of England [find] by too long experience that the House of Lords is useless and dangerous to the people of England’.

Yes, the remains of aristocratic tyranny may have literally died out with New Labour’s abolition of hereditary peerages, but they have been replaced by something perhaps more dangerous to the people of the UK: the remains of technocratic tyranny. Indeed, Fowler’s call for potential peers to be properly recruited, so as to ascertain their suitability for the role of peer, is nothing less than an attempt to make the House of Lords more technocratic, more professional, more expert. And in doing it would legitimate and authorise the upper chamber on the basis not of peers’ birthright, but of their professional or academic status. To do so assumes not only that their opinion on political matters, which will mainly be outside their domain of professional expertise, ought to have more clout than the views of the electorate, but also that, because of their expertise and status, lords ought to be more active, more interventionist, and more recalcitrant.

Some peers will of course be wise, just as some will be remarkably expert. But that is not the point. For as clever and insightful as some of them are, and as expert as they might be in their professional fields, they are unelected. They are authorised to wield considerable power and to do so unaccountably, beyond and in spite of the electorate.

Besides, many lords are not nearly as wise or perspicacious, let alone disinterested, as some dream. Many are and will be political appointees, as mired in the outlook of their party sponsors as MPs. But unlike MPs, they are unaccountable and impossible to vote out. Hence the absurd fact that 97 out of 789 Lords – the third largest cohort – are Lib Dems. That is, a party so unpopular that it scraped just seven per cent of the vote at the 2017 election, picking up just 12 MPs out of 650, is still able to exert considerable power over us, poring over, editing and stalling legislation drawn up by elected representatives, and in many cases, such as that of Dick Newby, actively seeking to subvert the EU referendum result.

So forget reform. Forget cutting its numbers. There is no problem with the House of Lords that cannot be solved by its abolition.