Democracy in the UK is hanging by a thread

Today’s Brexit ‘debate’ in parliament will make a mockery of democracy. 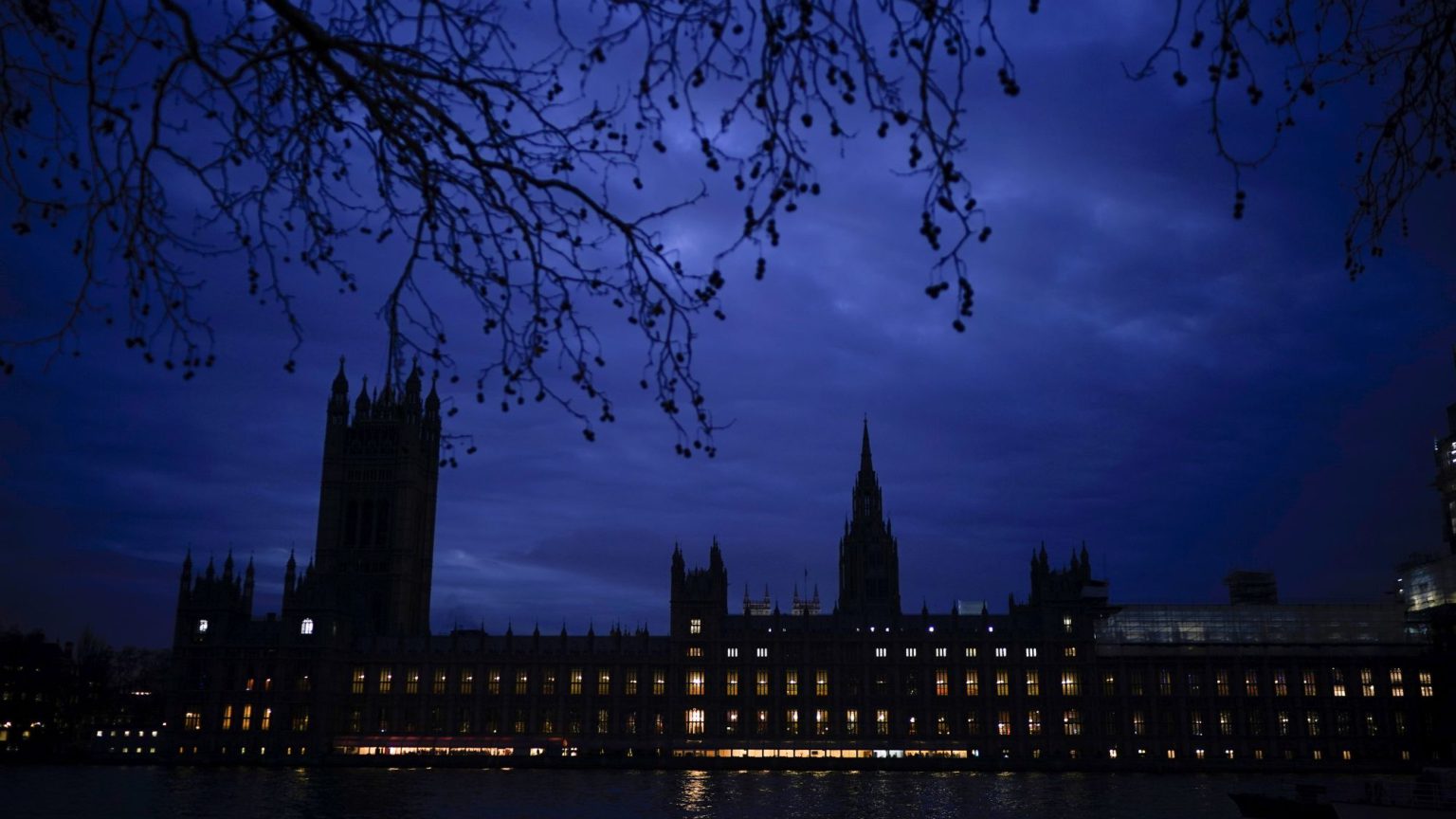 Something deeply disturbing will happen in parliament today. Theresa May will put forward her Brexit deal that flat-out fails to deliver Brexit. More than 17million of us voted to take back control from Brussels and yet May’s deal cedes control to Brussels. If the so-called backstop is ever activated, it would keep us entangled in some of the very EU institutions we voted to leave. Even worse, it would deny us the right to walk away from these new arrangements without the EU’s say-so. May’s dodgy deal would reduce the UK to a vassal state, a bossed-about colonial outpost of the Brussels oligarchy. The people voted for Leave and yet May offers us Remain-by-another-name: a ‘Brexit deal’ that sells out Brexit. For a prime minister so wilfully to ignore the cry of her people is a sucker-punch to the most basic principles of democracy.

But it gets worse. The MPs who plan to revolt against May’s deal in the Commons today will not do so in order to protect Brexit. They are not taking a stand against May’s deal to defend what 17.4million of us – the largest electoral bloc in British history – voted for in June 2016: a clean exit from the EU. No, they see taking down May’s deal as a first step to taking down Brexit itself. Whether it’s Europhile Tories or Labour, SNP and Lib Dem MPs who have long loathed the idea of Brexit, an army of parliamentarians plans to knock down May’s deal so that they can set about knocking down Brexit.

So the real divide in parliament today is over how to stop Brexit. The main thing our MPs will disagree on today is whether Brexit should be killed off by May’s shady deal or by extending the Article 50 process or even holding a second referendum, as the anti-May MPs would prefer.

Think about this. Think about what it says about the state of British politics. The people vote in historic numbers to leave the EU and yet the political class plots and conspires to make sure we do not leave. It is hard to think of another time in living memory when politicians have been so spectacularly out of touch with public sentiment – and so sinisterly cavalier about overriding our democratic wishes.

There are honourable exceptions, of course. From Jacob Rees-Mogg in the Tory camp to Kate Hoey on the Labour benches, some MPs will oppose May’s deal precisely because they believe in Brexit and plan to carry on fighting for it. But a majority of MPs fall into one of the two Brexitphobic camps – whether it’s May’s Remain By Another Name camp or the Stop Brexit Entirely camp.

Some MPs are alarmingly upfront about their distaste for the democratic process and their disgust with us, the pesky electorate. In an unhinged online rant, Labour MP Clive Lewis branded Brexit a ‘racist endeavour’ and said ‘we need to end it, now’. Let’s be real about what this means: ending Brexit means ending the largest vote in British history. It means ending the right of ordinary people to have a say in Britain’s future. When MPs like Lewis scream ‘Stop Brexit!’, they are really saying ‘Stop democracy!’.

Labour’s David Lammy is also open about his desire to overthrow the largest act of democracy in our history. He described the vote for Brexit as ‘madness’ and says MPs must ‘bring this nightmare to an end’. ‘This nightmare’ – he means the public’s reasoned, democratic request to leave the EU. This is the depth of the contempt some MPs now feel for ordinary people – they see our political beliefs as a ‘nightmare’.

On the Tory side, people like Anna Soubry have not been shy about their hatred for Brexit. Yesterday, Soubry posted a chilling message on Twitter. She said parliament has ‘historic’ business to take care of this week and reminded everyone that under Section 5 of the Public Order Act it is an ‘arrestable offence if a person uses threatening or abusive words’ that cause someone – her, presumably – to feel ‘alarm or distress’. In essence she’s warning the masses to stay away from parliament, to not even think about protesting there. It is testament to the arrogance of the political elites that they can openly call for the overthrow of Brexit and warn the little people that they might be arrested if they get too angry about this blatant assault on our democratic rights. ‘Know your place, plebs’ – that is what they are saying.

The extent to which parliament is conspiring against the people can be seen in Commons speaker John Bercow’s ripping-up of parliamentary rules. Last week Bercow allowed MPs to vote on an amendment to a motion put forward by Tory arch-Remainer Dominic Grieve. The amendment, voted through by 308 to 297 MPs, would force the government to come up with a Plan B within three days if May’s deal is defeated in the Commons today. As the BBC says, this means MPs who are ‘plotting’ against Brexit would have ‘more space in which to work’.

Thanks to Bercow’s unprecedented move, backbenchers will have far greater leeway to hamper and even kill off Brexit. It is believed that anti-Brexit backbenchers are planning to table an amendment which would give their motions priority over government motions. Not only would this dramatically change how parliament has always operated – it would also allow influential backbenchers to scupper a No Deal Brexit and maybe even force through the holding of a second referendum. Some are referring to this as a coup – an attempt by certain MPs to take back control not only from the government but also from us, from the public, from the 17.4million who voted for Brexit. It is important to remember this: these MPs are not defending parliamentary sovereignty against an overreaching executive – they are insulating their own minority political view from the voices and beliefs of the public.

Democracy is hanging by a thread in this country. Last year MPs celebrated the 100th anniversary of (some) women and working-class men finally getting the vote. This year they are using their clout to overthrow something that millions of us voted for. The hypocrisy is staggering. In this battle between MPs who back May’s Brexit betrayal and MPs who want to go even further in ending the ‘nightmare’ of Brexit, there will be one clear loser – democracy. It is time the British public rudely intruded on this phoney battle between two shades of anti-democracy and made their voices heard – even if our voices cause some to feel ‘alarm and distress’.