Today’s political class would have been on the wrong side in 1918. 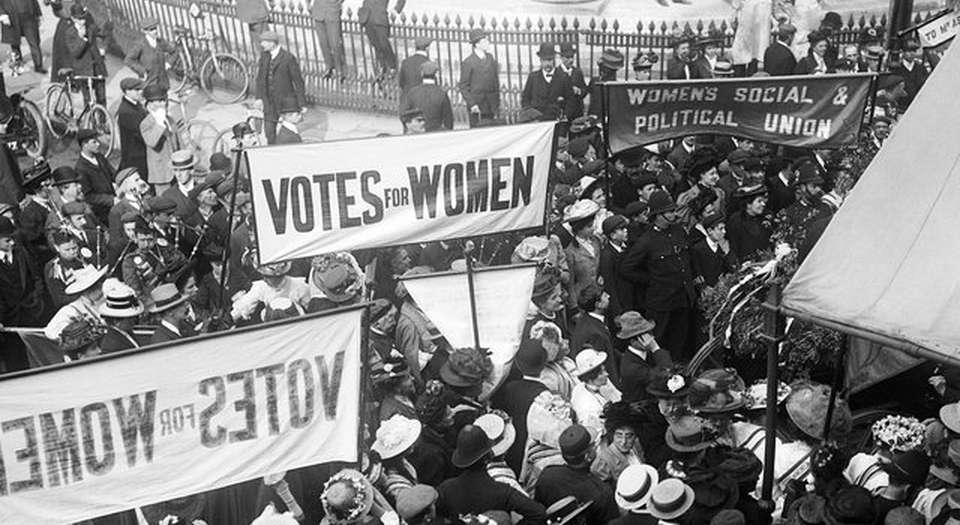 Today is the hundredth anniversary of the Representation of the People Act, which granted working-class men and women over 30 the vote. As many observers have pointed out, much has changed since that great if partial leap forward for democratic rights in Britain. As of last year, 32 per cent of British MPs are women. We’ve had two female prime ministers. The idea that everyone over the age of 18 should have a say in choosing the government, regardless of sex, class or ownership of property, is now taken for granted.

And yet for all these positive steps forward, one important thing has stayed the same. There is one striking similarity between today and 1918. Which is this: the political elite fears the voice and voting power of ordinary men and women as much today as it did back then. It still views the people, whatever their sex, as a mob in waiting, a visceral threat to the wise political guidance that the better sections of society might provide the nation with.

Don’t buy into the BBC-led, Labour-cheered national celebration of The Vote today, for it is being pushed by people who harbour the same ugly, pleb-allergic prejudices that animated those who opposed universal male suffrage and partial female suffrage 100 years ago.

Indeed, we might need to rethink the dictionary definition of the word ‘chutzpah’. From now on, it could just be illustrated with a picture of those who have spent the past 18 months railing against the vote for Brexit, and against the moronic masses who made it happen, yet who now think they can get away with celebrating the dawn of democracy in Britain. They can’t.

Even after 1884, however, as a result of franchise caveats related to what kind of property one lived in, 40 per cent of men were still denied the vote. And 100 per cent of women, of course. The 1918 act granted the vote to all men. More than five million working-class men who had previously been locked out, demeaned on the basis that their roughness made them ill-suited to politics, were added to the electorate via the 1918 act – a democratic victory that has tended to be whitewashed in today’s celebrations. And it granted the vote to women over 30, with some property qualifications. It wasn’t until 1928 that women finally achieved equal voting rights to men.

So the vote, for men and women, was hard won over decades. These slow, painful electoral breakthroughs were largely down to the efforts of movements like the Chartists, who put the fear of popular revolt into politicians, and later the Suffragettes. In 1918, it was the experience of the Great War – in which men made great sacrifices and yet could not even vote when they returned home – and of the revolutionary fervour sweeping parts of Europe that finally forced a reluctant elite to incorporate ordinary people into politics.

Their discomfort with having ‘those people’ involved in politics was palpable. In the 1870s, the second era of electoral reform, Walter Bagehot expressed his fear that the political parties would now ‘bid for the support of the working man’, and that this would lead to ‘the supremacy of ignorance over instruction and numbers over knowledge’. Such elitist prejudices were expressed in the run-up to 1918, too, if in a sometimes more underhand way. As Bernard Crick put it, early 20th-century elitists recognised democracy was a popular cause, and so gradually ‘qualifiers were slipped in front of that damned D-word’: they fretted over ‘the dangers of “unbridled”, “ill-informed”, “excessive” or “uneducated” democracy’.

What had previously been said about working-class men getting the vote was now said about women. Indeed, as David Marquand reminded us in his book Britain Since 1918, ‘The case against enfranchising women was, in many ways, a replay of the case against enfranchising poor men’. Women, in Herbert Asquith’s words, were ‘hopelessly ignorant, credulous to the last degree, and flickering with gusts of sentiment like a candle in the wind’, and thus it was madness for them to have the vote.

This view of certain people as ill-educated and susceptible to manipulation was widespread among the elite around 1918. As the conservative-turned-leftist Henry Hyndman argued, the ‘cheap press’ had ‘introduced into all modern democracies… the characteristics of the mob’. Other supposed leftists feared that ordinary people were easy prey for ugly political viewpoints. One observer said enfranchisement was a good idea in principle, but poorer people are ‘most susceptible to outbursts of jingo feeling, as well as bribery’. The Fabians, too, bristled at the idea of full enfranchisement, leading one radical to point out that such middle-class, small-L liberals prefer to ‘pin their faith on the bureaucrat and the “expert”’. (1)

What is extraordinary about these denunciations of the people is how familiar they sound. A hundred years might have passed, but such prejudices remain rampant, particularly post-Brexit. It’s all there. The fear of ‘uneducated democracy’, though it’s now called ‘low-information’ or ‘ill-informed’ democracy. The concern that the ‘cheap press’ will warp poorer voters’ minds: witness the anti-tabloid hysteria of elite Remainers who are convinced the red-tops made us reject the EU. The dread of ordinary people who have a ‘jingoistic’ bent that can be easily marshalled by cynical orators: this sums up virtually the entire Remainer view of Brexit, which is that it was a stirring of popular prejudice by nasty demagogues. The fear of a ‘supremacy of ignorance over instruction’: see the media elite’s post-Brexit rage against anyone who questions experts and prefers to heed public opinion over elite judgement. And of course the belief in bureaucracy over democracy. Today, as then, the political and media classes ‘pin their faith on the bureaucrat and the “expert”’.

This is the strangeness and hollowness of today’s celebrations: they are spearheaded by the kind of MPs and columnists who often repeat the anti-democratic prejudices of those who agitated against The Vote. They pay lip service to this democratic breakthrough while living in dread of its impact: the empowerment of ordinary men and women to decide the fate of the nation. The fact they cannot face up to is this – they would have been on the wrong side in 1918, with those spluttering over the cheap press, the jingoistic hordes, and fickle women and men.

Not spiked. We would have been with the Chartists and later the Suffragettes, demanding the expansion of the parliamentary franchise, and beyond that calling for even more direct forms of democracy through which ordinary people might genuinely govern the nation. Which is why this week we will both celebrate the democratic victories of the past and defend people’s democratic clout in the here and now. Democracy must be a living, breathing and, yes, uncomfortable thing, not a black-and-white photo for the pretend-democrats who rule over us to get emotional about even as they seek to undermine our democratic choices in the 21st century.