Michael Moore is undermining the Holocaust

His new film makes Trump / Hitler comparisons that only whitewash the horrors of the past. 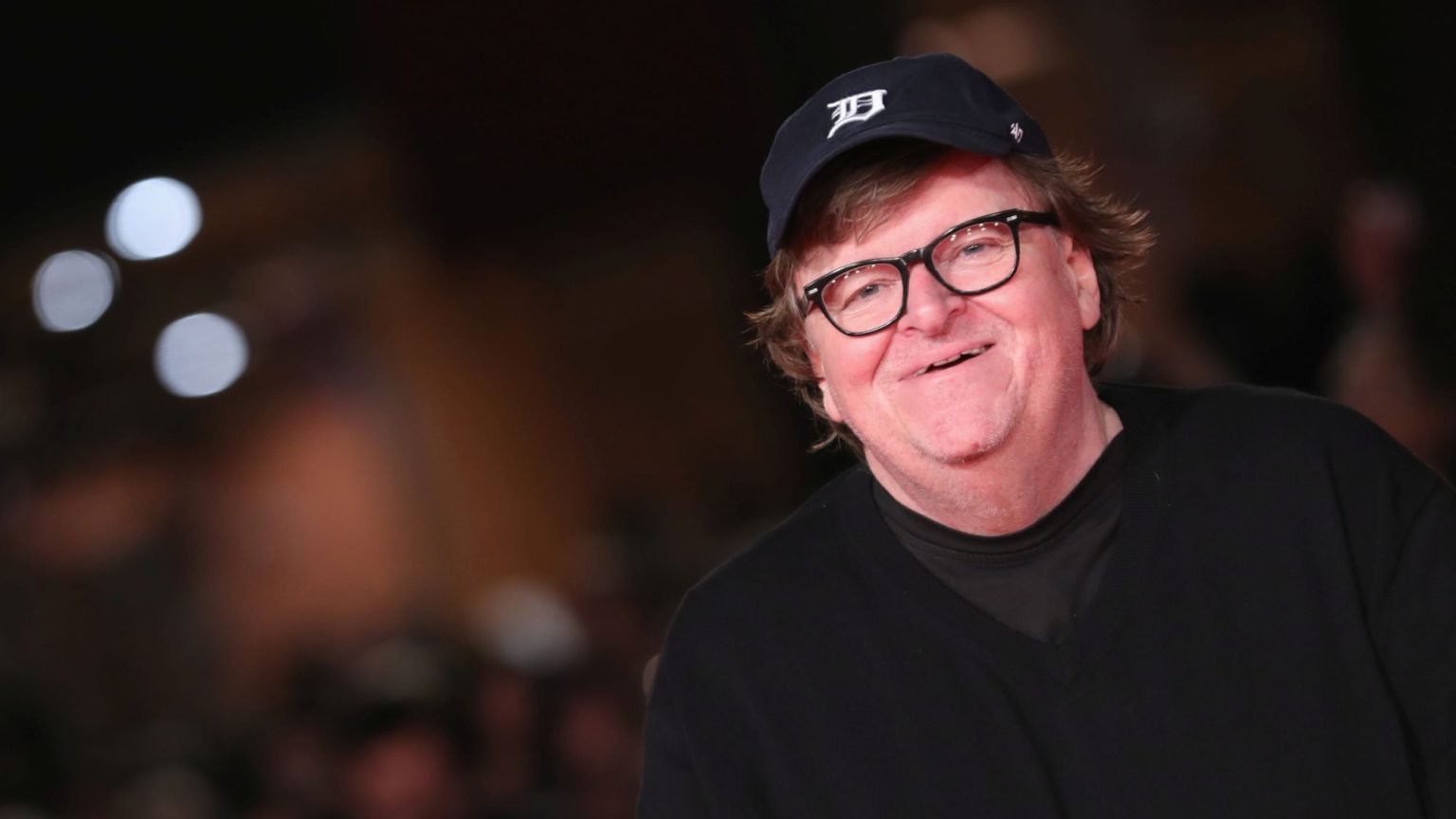 Donald Trump is literally Hitler. That is the take-home message of Michael Moore’s otherwise sprawling and confused agit-doc, Fahrenheit 11/9.

The film is the spiritual successor to Moore’s Palme d’Or-winner Fahrenheit 9/11, which showed us how the Bush administration used the ‘war on terror’ to push through draconian anti-terror laws, which would otherwise have been unthinkable in a liberal democracy, and to make shedloads of cash for his wealthy chums.

Fahrenheit 11/9 is at its core about an event which is yet to (and may never) happen. It asks us to imagine Trump’s ‘Reichstag fire’ moment, the moment when the Nazis blamed the communists for an arson attack on the German parliament in order to seize absolute power. America is cast as Weimar Germany. Just one terror attack or North Korean missile will be seized upon to turn the US into a totalitarian Trumpland.

Moore’s Hitler-Trump comparison is made with all the subtlety of The Donald himself. Trump’s speeches are dubbed over archive footage of a Nazi rally and his words are put into Hitler’s mouth. The cries of children detained at the Mexican border are dubbed over footage of concentration camps. The ‘crimes’ Moore seeks to draw our attention to in this sequence are Trump’s large-scale deportations and his appointing conservative judges and handing tax cuts to the wealthy.

You do not have to be a fan of Trump to find the comparison between six million Jewish deaths in the Holocaust and a tax cut for the one per cent to be out of all reasonable proportion. Of course, nowadays the ‘Hitler is Trump’ meme has become so tired and overused it barely registers. But Moore’s outrageous overreach reminds us how dangerous this comparison can become. While Moore’s intention is to emphasise the dangers of the Trump presidency, the actual effect is to downplay the horrors of the Nazis. If Hitler’s Holocaust is just like Trump, it is no longer a uniquely barbarous episode in history. It diminishes it, it makes it mundane and normal.

To borrow a term beloved of the #Resistance, this ‘normalisation’ of the Holocaust is cemented by Moore’s schizophrenic approach to time and his scattergun approach to subject matter. Moore cannot make up his mind whether Trump is on the cusp of becoming literally Hitler or is already literally Hitler. Fahrenheit 11/9 constantly flits between the present, the Nineties, the Noughties and an imagined Trumpian future, as he tries to unpick ‘what the fuck happened’ on election night in 2016.

Perhaps inadvertently, today’s US is portrayed as a continuation of, rather than a radical break from, the neoliberal politics of Bill Clinton, George Bush and Barack Obama. Indeed, Fahrenheit 11/9 does not reveal an America which has returned to the 1930s, but one which is blighted by many of the same problems and same villains that Moore’s films highlighted throughout the 2000s: school shootings (Bowling for Columbine, 2002), rapacious warmongers (Fahrenheit 9/11, 2004), byzantine health-insurance providers (Sicko, 2007) and greedy capitalists (Capitalism: A Love Story, 2009). In fairness, these earlier films were made in what feels like a very distant past – a long since forgotten time when Moore could string a coherent argument together.

Even Fahrenheit 11/9’s most promising segments fall flat. Lengthy sections of the film are devoted to Flint, Michigan’s water crisis – a genuinely disturbing event, which caused scores of deaths from pneumonia and legionnaire’s disease, as well as exposing vast numbers of children to dangerous levels of lead. We learn how Michigan’s Republican governor, Rick Snyder, ordered the city’s water supply to be switched from the clean, freshwater Lake Huron to the dirty, untreated Flint River, poisoning citizens in the process. The state covered it up for 18 months and the federal government, including Barack Obama, tried to downplay, rather than solve, the crisis. A Michael Moore film on the Flint water crisis would undoubtedly be worth watching.

But viewers are left to wonder what on earth this has to do with Trump, who had not even announced his candidacy at the time the crisis began. Eventually, it is revealed that Trump visited Flint in 2016. In the real world, he was there on the campaign trail. But Moore offers an alternative explanation: Trump was there to ‘admire the handiwork’ of those who poisoned the water, he speculates. For a film that insists Trump is the next Hitler, it is surprisingly, and disappointingly, light on what bad things Trump might actually be up to in the Oval Office. There is no shortage of material. But Fahrenheit 11/9 barely touches on his past corruption and alleged connections to organised crime. Instead, it imputes malign, fascistic motives to even the most normal political events, like making a campaign stop.

Moore does raise some important concerns about the future of US democracy. Polling shows that a staggering 52 per cent of Republican voters would accept a hypothetical delay to the 2020 Election, if Trump demanded it. The electoral college system that put Trump in power despite winning fewer votes than his rival is anti-democratic. The Democratic establishment also connives to shut out insurgent candidates like Bernie Sanders, the film argues, undermining democracy at the party level.

But Moore has his own anti-democratic tendencies. The Trump voter, his or her wishes, aspirations and values are totally absent from a film that purports to explain Trump’s victory. For instance, Moore points to Trump’s rallies, but he never asks why voters felt the need to show up to them. He also blames the media for broadcasting the rallies. We hear a tape of a TV executive gloating about the brilliant ratings that Trump’s speeches deliver. But this ignores the fact that behind every ‘rating’ is a person, interested in – or perhaps worried about – what Trump has to say. In reality, the media was overwhelmingly hostile to Trump – it did not force people to vote for him. Fahrenheit 11/9 sees voters as a gullible herd, ready to do as they are told, despite the fact that Trump’s election happened in defiance of what voters were told to do, by the media, by celebrities, by establishment politicians, including Republicans.

Fahrenheit 11/9 is supposed to be a wake-up call to an America on the verge of fascism. Instead, the film strays dangerously into Holocaust relativism. And after all that, it fails to even score the cheap political points it sets out to make.

Watch the trailer for Fahrenheit 11/9 below: