Where are all the white supremacists? 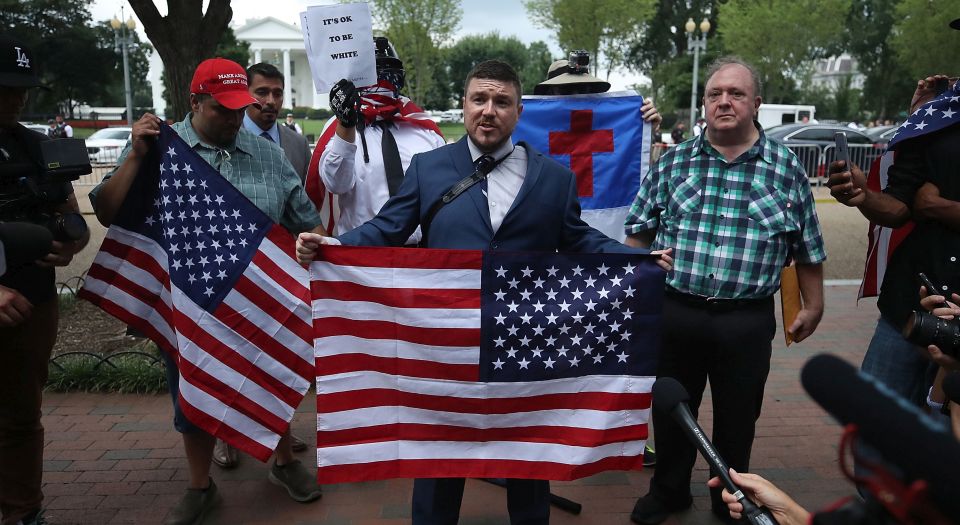 It is now a familiar refrain. We are sliding back to the 1930s. Fascism is back in fashion. White supremacy reigns. Last weekend, this fantasy collided with reality. The white supremacist Jason Kessler organised a rally to mark the first anniversary of the infamous Unite the Right march in Charlottesville, Virginia. Thousands of counter-protesters and the world’s media descended on Washington, DC, in anticipation of a Nuremberg Rally for the 21st century. But in the end, only around 20 white nationalists turned up and the event ended early when it started to rain.

So where were all the white supremacists we had been promised? The lack of recognisable names might have played a role. Kessler initially announced that both the former KKK imperial wizard David Duke and self-described ‘white identitarian’ Richard Spencer, who claims to have invented the term ‘alt-right’, were confirmed to speak. Both attended the first Unite the Right, but this year decided to pull out, distancing themselves from Kessler. These splits were evident in Kessler’s short speech to the rally, in which he admonished the alt-right for their cowardice in not showing up: ‘I’m here, while you’re in your mother’s basement.’ He also criticised the alt-right’s tendency to play up their role as ‘cartoon Nazis’ by being ‘deliberately stupid and hateful’, which he sees as a roadblock to his work of ‘white advocacy’.

But the lack of alt-right luminaries alone cannot account for the pathetic turnout. As shown by the permit Kessler filed with the police, he expected a maximum of just 400 demonstrators. Even this number would have been dwarfed by the counter-protesters and would not justify the fevered anticipation. In comparison, some marches over the past two years, from the Women’s March to the March for Our Lives, have drawn crowds in the hundreds of thousands. Nevertheless, the media circus came to town. Kessler was even profiled on Vice News and interviewed on NPR in advance of the rally.

The real reason for the lower-than-expected turnout is that the size and threat of the so-called alt-right has been vastly exaggerated. The number of white supremacists in the US is infinitesimally small. But their influence has been exaggerated largely as a consequence of Donald Trump’s election – both by Trump himself and his critics. Many figures in the alt-right viewed Trump’s election as a victory for their cause and have heaped praise on the president. In his infinite narcissism, Trump has largely been unwilling to challenge anyone who praises him. Hence his infamous declaration following the Charlottesville car attack, that there were ‘many bad people’ among the alt-right demonstrators, but also ‘very fine people on both sides’. This helped create the impression that white nationalism was on the up and perhaps even had the sympathy of the president. Furthermore, many of Trump’s critics see no distinction between support for the president and support for white supremacy. They see the alt-right as the all-powerful facilitators of Trump’s victory, rather than hitchhikers on the Trump bandwagon.

But if there can be said to be an alt-right ‘movement’, it is disorganised and chaotic. Although their views are abhorrent, it is clear that the ragtag bunch of racists who attended last weekend’s rally do not pose a serious threat to society. Kessler, for instance, was a former Obama voter and Occupy Wall Street protester who became increasingly bitter when a job he applied for in mental-health services went to a woman. He blamed her ‘protected characteristics’. He used to take to Facebook to post rants about women overlooking ‘nice guys’ like himself. He even dabbled in creative writing, writing a novel, Badland Blues, about a dwarf who falls in unrequited love with a waitress. His embarrassing attempt to organise a white supremacist rally last weekend is merely the latest incident in a long series of personal and professional failures.

Even the significance of the first Unite the Right march in Charlottesville has been overstated. The horrific car attack understandably frightened many, but it could not justify the huge number of op-eds describing it as a watershed moment in American history. Even then, the counter-protesters outnumbered the white nationalists. White supremacy was long dead before the bizarre and shambolic Unite the Right. Let this latest rally be its final epitaph.