Why trans activists are such a carping, censorious lot. 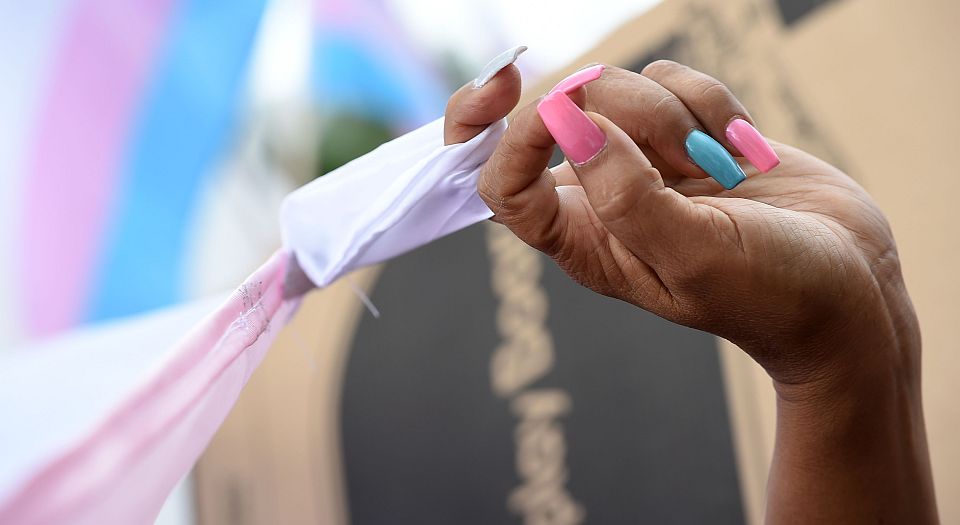 Pride, once one of the Seven Deadly Sins, can rightly boast that it alone has been thoroughly rehabilitated – see ya, Greed, Lust, Envy, Gluttony, Wrath and Sloth, wouldn’t wanna be ya! Indeed, Pride now has a whole month to itself (what fun if this could also be the case with its erstwhile sinful siblings!) which is officially June but, in typically louche and lazy style, includes the first weekend in August in my own dear Brighton. But this year, I won’t be going – not least because the T in LGBT has become so amplified and distorted, drowning out all sense and sexiness.

While we’re at it, I don’t understand why B is included – what’s oppressive about having twice the chance to pull? I’ve got beef with the G, too. While I understand that the plight of homosexuals is shocking in other – mostly Muslim, though sometimes black Christian – nations, in this country homosexuality is not only legal but practically mandatory in the most remunerative, enjoyable and easy of professions. I think my dander was finally raised to the point of no return when Rupert Everett recently complained bitterly that being gay had ruined his acting career. If showbusiness is homophobic, I can only wonder which of the creative trades we’ll hear the same about next – fashion, perhaps, or hairdressing. It took the brilliant David Sedaris to see sense when he told The Times: ‘I’m giving a commencement speech at the most PC school in America, Oberlin College. Because I’m a white middle-aged male, it made me wonder would I have been doing it if I wasn’t gay? It has been a good career move.’

‘A person’s sexuality is often the least interesting thing about them’, the writer Suzanne Moore opined on Facebook recently – adding that she wouldn’t say the same thing on Twitter because of the sheer level of trolling hysteria it would provoke. But she’s right. Why would any human being, in all our dazzling complexity, identify themselves first and foremost by where they choose to put their penis? And why on Earth would they be proud of putting it there? That’s Pride gone mad – as, I would venture, is being proud of being anything which you are through an accident of birth, because pride needs to be a byproduct of achievement to mean anything other than babyish boasting.

To counter accusations of homophobia, I’ll happily finger my own team here. Though I am proud to be a feminist – something I became when still a pre-teen girl – because it is something which takes effort, I’d never be so simple-minded as to say I was Proud To be A Woman, as lots of broads do these days. Why proud? You were born that way. I’m full of myself, but I’d never boast about having a vagina, very nice though it is; I boast about things I’ve worked on and stuck at – wit, generosity, spite. ‘All women are strong’, goes an advert for deodorant. Really? Not even one woman is weak, cowardly, irresolute? I personally loathe the phrase Strong Woman and believe that it should be used only if the female in question can tear a telephone directory in half with her bare hands.

But I’m partial to Tough Broads, and that’s the way I’d describe the current crop of lesbians, feminists and lesbian feminists taking on the powerful and loud transgender lobby. (As I write this, I’ve just heard that the local Brighton Quaker meeting house has cancelled this evening’s proposed meeting of a group seeking to preserve female spaces from non-transitioned transsexuals – women should be seen and not heard unless packing a penis, it seems.) There was a recent kerfuffle when a small but perfectly informed group of lesbians calling themselves Get The L Out barged to the front of the carefully curated London Pride march; their message, ‘We believe that lesbian rights are under attack by the trans movement and we encourage lesbians everywhere to leave the LGBT’, is yet more picking apart of the unappetising alphabet soup of modern me-too sexuality.

Increasingly, to be a feminist is to find oneself at odds with the LGBT establishment, which a veteran male gay activist friend described to me as ‘All about men and money’. Those faux-feminists who suck up to them – the majority of whom tend to be the Violet Elizabeth Bott Tendency of SJWs – are little more than the Surrendered Wives of the Woke. The Handmaid’s Tale is always used as a warning against the growth of right-wing ideology, but when you see photos of Americans at the Women’s March or Swedish female politicians visiting Iran all voluntarily hijab-ing up, it’s plain to see that, like anti-Semitism, misogyny has crept up on the left when we weren’t looking. Theresa May recently announced her determination to eradicate ‘abhorrent’ conversion therapy for unhappy gay men, but lesbians who are not attracted to female-identifying men with penises are routinely accused of being transphobic and told that a good dose of lady-dick would sort them out. As Brendan O’Neill recently put it, much trans-activism is merely misogyny in drag.

Why are the non-binaries such a vicious, miserable lot? When I think back to my own adolescent adventures in sexual perversity – picked up from divinely mixed-up teenage idols from David Bowie to Patti Smith – I remember how mischievous we were, how thrilled when our dad enquired while watching TOTP if ‘It’ was a boy or a girl. We took such delight in pretending to be gay/coming out as actual gay, even though – this is almost half a century ago, astonishingly – times weren’t half so enlightened then. Why are today’s gender-benders so carping and censorious? Is it a class thing, because they’re indulged and entitled in a way we glitter kids weren’t? Is it a lack of talent thing, perhaps – that their sexual confusion is literally the most interesting thing about them, in contradiction of Suzanne Moore’s statement, and they cling to it like a flasher with a comfort blanket?

‘I would really love to see Trans Pride take over more of the city’, the trans-activist Sarah Savage said recently of the Trans Pride Brighton event, which ran from 20 to 22 July. ‘It would be brilliant if we could grow to Brighton Fringe level.’ What’s wrong with this picture? The Brighton Fringe is about people showing off what they can DO – not what they ARE. And that is where real Pride – as opposed to empty exhibitionism – comes from.