Don’t panic: the end is not nigh

Why we shouldn’t take the Doomsday Clock seriously. 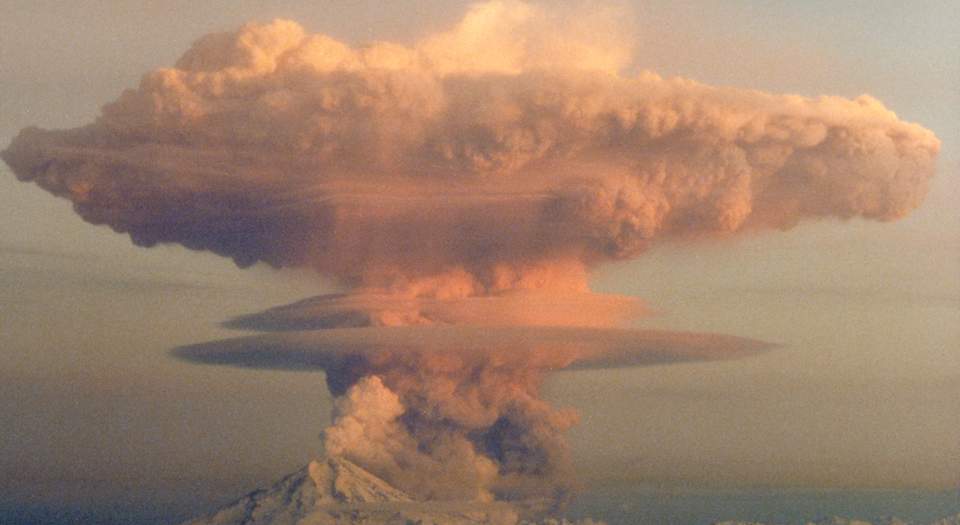 The Bulletin of Atomic Scientists, a journal about the possibility of civilisational self-destruction and the guardian of the symbolic Doomsday Clock, which ‘measures’ how close we are to a man-made catastrophe, has moved the clock’s hands to two minutes to midnight. This is the closest the clock has been to midnight since 1953, when it also showed two minutes to midnight after the US and USSR tested atomic weapons within 10 months of each other.

The decision to move the clock hands was justified by the Bulletin’s science and security board in a statement. The board notes that North Korea has continued to develop its nuclear weapons programme; US and Russian relations have not noticeably improved; Pakistan and India have added to their stockpile of arms; and the future of the Iran nuclear deal remains uncertain.

However, the board’s main focus is the apparent breakdown of the international institutional order; Donald Trump’s warmongering rhetoric; the US rejection of the Paris Agreement on climate change; and an apparent ‘loss of public trust in political institutions, in the media, in science and in facts themselves’.

If you read the summary of the board’s decision, it sounds like a modern Western liberal’s complaint list. It bemoans the USA’s failure to enforce ‘global governance’, a coded dig at Trump’s America-first attitude. And it focuses on Trump’s antagonistic rhetoric towards North Korea, even though, to date, no prior international leader has managed to get Pyongyang to drop its nuclear programme. Trump’s unique rhetoric will likely prove unsuccessful, but at least he is taking the negotiations to North Korea instead of kicking the nuclear issue into the long grass, as so many before him have been doing.

The concern with the undermining of trust in established institutions ‘and in facts themselves’ has also been a common complaint of Western liberals, at least since Brexit and the election of Trump. It conflates the erosion of the liberal elite’s own power with the erosion of truth and institutions in general.

The Bulletin expresses another contemporary Western liberal tendency – to draw an analogy between today and the dark events of the past. But can we really liken the contemporary international situation to one of the hottest phases of the Cold War, when two global superpowers, armed to the teeth with weapons of mass destruction, were facing each other down? After all, the last time we were two minutes away from the apocalypse, both the US and USSR had been conducting missile tests within months of each other. As an indication of how real was the threat of a nuclear conflict, in 1953 President Eisenhower considered using atomic weapons in the Korean War, deeming them just ‘another weapon in our arsenal’ (1).

The heightened risk of a nuclear conflict wasn’t confined to the early 1950s. In 1962, we were a couple of precious decisions away from oblivion during the Cuban Missile Crisis; then, in 1983, the announcement of the Strategic Defense Initiative (otherwise known as ‘Star Wars’) understandably reignited fears of an escalation of the Cold War arms race.

Throughout the Cold War, there were numerous proxy wars, leaving millions dead, and armies primed to invade or repel an invasion on either side of the Berlin Wall. There is no comparable proxy war today, or indeed an arms race or a knife-edge crisis. The Bulletin’s decision to move the clock closer to the apocalypse (for the third time in the past three years!), and to say we are experiencing the same risk of global annihilation as we did at the height of the Cold War, is patently absurd.

Moreover, the significance of the clock has been diluted since 2007, when the Bulletin decided to add climate change to the threat of nuclear war as a potential bringer of our annihilation. Even if we take the most extreme forecasts of climate change as our models, it would still take decades or even centuries for climate change to wipe us out. It doesn’t make sense to include it in the calculations for the Doomsday Clock. The clock is about how close we are to midnight, the moment when we are all destroyed. Moving it so close to midnight makes some sense in terms of a nuclear war, which could vaporise vast swathes of the planet in seconds. But including a slow-burn threat such as climate change within the concept of a ‘minutes to midnight’ threat makes a mockery of the urgency implied by the metaphorical clock.

The Bulletin’s decision to move the clock hands in 2018 suggests that the clock represents Western liberals’ own fears rather than an unbiased evaluation of the current likelihood of humanity destroying itself. The clock is no longer a useful metaphor to imagine the threat to humanity; rather, it is a metaphor for the fears of international elites that feel increasingly isolated and insecure.

Rob Harries is a writer based in London.