The West was protectionist before Trump

Obama and the EU pursued trade wars long before The Donald arrived. 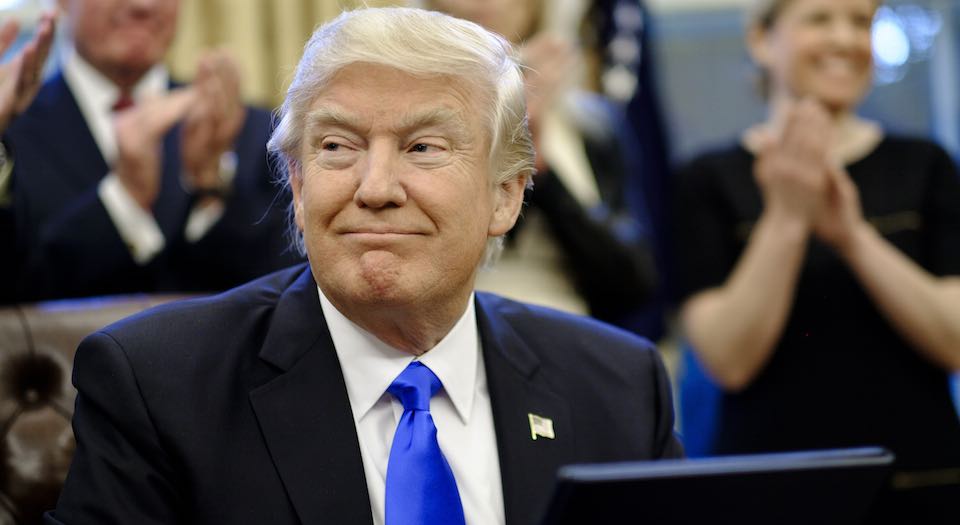 Is Trump intent on starting a trade war? After proclaiming, in his inaugural address, that ‘protection will lead to great prosperity and strength’, Trump has withdrawn from the Trans-Pacific Partnership. He may impose a 20 per cent border tax on imports, starting with Mexico. He wants to renegotiate the North American Free Trade Agreement with Mexico and Canada. He’s promised to raise tariffs on Chinese goods to 45 per cent of their value, and wants US manufacturers to reshore production back to America. Now commentators fret that Trump is walking in the ‘ominous’ and ‘dark’ footsteps of the 1930 Smoot-Hawley Tariff Act, which taxed some imports at 60 per cent of their value and is today widely seen as contributing to the international disorder of the 1930s.

We will have to see what Trump does. But nobody should be under any illusions: over two terms, Obama’s own protectionism, much of it directed against the EU, fully prepared the world for the Trumpian protectionism of today. So too did the protectionism emanating from Brussels. The narrative that Trump is a qualitative break from a previous era of peaceful, liberal, free-trade globalisation is simply untrue.

In trade and investment, Obama always played hardball. He took sanctions against Russia and Syria. He only eased sanctions against Iran in January 2016, and left the historic US sanctions in place around Cuba. Obama also imposed tariffs of more than 500 per cent on some Chinese steel products. In the World Trade Organisation, his representatives aggressively pursued ‘enforcement’ actions against trade rivals.

Yet Obama also played a new kind of softball. For decades, economists used to lament growing ‘non-tariff barriers to trade’ – niggly regulations that would, for example, bar foreign carmakers if their bumpers weren’t right. And for decades trade has been growing in services, where national technical regulations and standards are especially tricky for foreign firms to adhere to (the EU Single Market, for example, does not work well for services). What’s more, foreign direct investment (FDI) is actually more important than trade. Apart from the imposition of old-fashioned sanctions and a few harsh tariff barriers, then, Obama repeatedly engaged in other unilateral, arbitrary and intimidating actions against foreign firms active in the US.

His people fined Britain’s BP billions of dollars for the 2010 Deepwater Horizon oil disaster, and Obama himself castigated BP as British Petroleum. In 2012, Obama’s Department of Justice (DoJ) fined UK pharmaceutical giant GlaxoSmithKline three billion dollars for bribing doctors to prescribe anti-depressants to children. On a much smaller scale, the US Securities and Exchange Commission fined Dutch auditors KPMG in 2014 for iffy accounting, going on to fine Ernst & Young for much the same in 2016. Last year, too, the Supreme Court awarded Apple $399million in damages against Korea’s Samsung for making smartphones with ‘a rectangular front face with rounded edges and a grid of colourful icons on a black screen’. Obama’s DoJ also fined Volkswagen $4.3 billion for faking its diesel emissions, arranging for a German VW executive to be shackled in Miami and threatened with life in jail. Finally, in its dying days, the Obama DoJ fined Britain’s Rolls Royce $170million for bribery.

Obama’s fierceness toward inward investors was only ‘soft’ in that it singled foreign companies out for longstanding Democratic Party anti-corporate gripes around the environment, safety and corruption. In this sense, we can say that Obama initiated trade wars under the guise of culture wars against the bad behaviour of foreign firms.

The EU has replied in kind. Brussels might not agree that its measures amount to a trade war, but it has been unrelenting in its pursuit of US companies – especially IT companies. The EU issued anti-monopoly fines against Microsoft ($731million, 2013), Intel ($1.4 billion, 2009) and Google (up to $7.45 billion, 2016), and attacked Apple for not paying enough tax. It now has Google, Apple, Facebook and WhatsApp in its sights over internet privacy.

US IT companies remain, in the eyes of the EU, just a little too big for their boots. They lack the finesse of, say, European companies. In this way the EU’s politically correct protectionism can distract from its failure to build a computer and software industry like the US.

The ‘Trump means trade war’ narrative gets still more shallow when people say that just as Trump will make trade hard, so other authoritarian national leaders – not just Trump, but also Turkey’s Recep Tayyip Erdogan, India’s Narendra Modi, Russia’s Vladimir Putin and China’s Xi Jinping – will promise to do the same. Thus Guardian economics editor Larry Elliott believes that ‘just as in the 1930s, there is a prevailing cult of the strong man’ around the world; so if Trump could ‘bring the globalisation of the past quarter of a century to a juddering halt’, he might be aided and abetted by multiple Trumps abroad.

This is preposterous. Even Thomas Carlyle, the father of the ‘Great Man’ school of history, would blush at such a personalised, almost Freudian account of world trade. By focusing on easily disliked dictatorial figures, this knowing whitewash completely exonerates liberal politicians, on both sides of the Atlantic.

It is all far too convenient. Trump may well like the brutish, tariff-based protectionism of the pre-war era. But he will also continue the modern, righteous protectionism pioneered by Obama and the EU. The forces of world economy and politics are bigger than any one man.