Brexit is about much more than currency rates and share prices 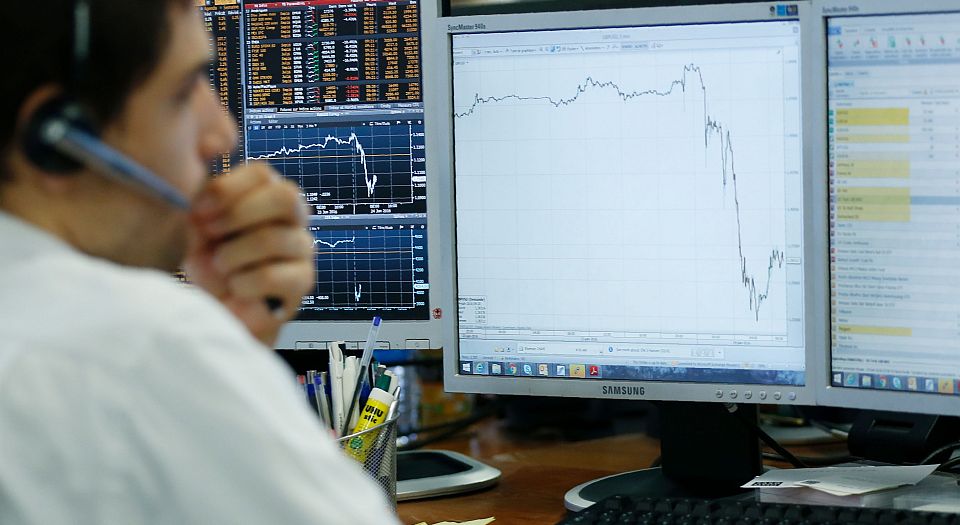 Theresa May’s belated admission that leaving the European Union must also mean the UK leaving the European Single Market brought a predictable response from the pro-EU establishment in the media, politics and business, with headline warnings that it would be ‘a disaster for the UK economy’ (Lib Dems) and lead to ‘a disorderly crash landing’ (Confederation of British Industry).

In response, the Leave lobby insisted that these dire warnings were just the drawn-out death rattle of ‘Project Fear’ – the failed attempt to scare voters into voting Remain in last year’s referendum, by predicting economic doom if we quit the EU.

Leading Leavers point out that UK economic statistics have been much better than expected since the June 2016 vote, that London’s FTSE index of top share prices hit an all-time high around the New Year, and that the international exchange rate of the pound even experienced its fastest rise in years immediately after May’s speech (although the relative value of sterling against the Euro and especially the dollar remains significantly lower than on the eve of the referendum).

There is certainly a lot of doom-mongering in much of the mainstream coverage of the economic consequences of Brexit, the sort of nay-saying which always risks becoming a self-fulfilling prophecy. But there is also a bigger problem with this entire debate.

The narrow obsession with economic data – experts trying to predict the future via share prices and currency exchange rates, like soothsayers reading the entrails of a chicken – is misplaced. It detracts from the key issues that really should be at the centre of the Brexit debate: the demand for more democracy and greater control, which people voted for last June.

During the referendum campaign ‘Project Fear’ was also ‘Project Confusion’ – an attempt to focus on narrow economic and financial matters and sideline the broader issues of popular democracy and national sovereignty, the weak spots of the pro-EU lobby. If anything that underhand anti-democratic campaign has intensified since the referendum, in the backlash against the Brexit vote.

The possible economic consequences of Brexit remain unclear, and were certainly uncertain in advance of the referendum. So what are the fearmongers’ warnings of inevitable economic catastrophe really saying to UK voters? That it does not matter what you think or want, the global financial markets must decide. Share prices and the exchange rate of the pound are the determining factors of history. Your vote is worthless by comparison; swallow your medicine and watch the markets.

Their message echoes the fatalistic view captured by Margaret Thatcher in the 1980s, which has essentially been repeated by every UK prime minister since; that ‘There Is No Alternative’ to the economic status quo, so forget about democratic choice, lie back and think of the European Single Market. They are effectively trying to sell democracy by the pound.

(By the same token, incidentally, those on the other side should be wary of banging on about the UK’s recent economic stability as a big argument for Brexit. If, as is perfectly possible, a set of stats were to go in the other direction, these economically obsessed Leavers would be left defenceless.)

The warnings of economic doom, like most anti-Brexit arguments, are ultimately underpinned by a contempt for the electorate. The British people, we have been assured this week, ‘did not vote to leave the European Single Market’. This is really the latest variation on the claim that people did not know what they were voting for. Instead, ‘low-information’ voters were apparently led astray by the ‘post-truth politics’ of populist demagogues.

But in fact people did vote to leave the European Single Market; you cannot belong to that trade bloc without accepting the basic rules of EU membership, which a majority voted to reject in the referendum. This was hardly kept secret from voters, not least because the Remain lobby – including every major political party, business leaders and European and international statesmen – banged on about the importance of the Single Market throughout the campaign.

What these figures now find so hard to comprehend is that 17.4million voters refused to do as they were told and instead made a rational choice to reject their warnings and opt to Leave the EU. Those voters were not fools, duped by ‘post-truth politics’. They had all the arguments and listened to the expert advice, and then made up their own minds. Contrary to the claims of the ‘Project Fear’ propagandists, it was perfectly possible to accept that there might be some potentially negative economic effects following Brexit, but still make a reasonable decision to vote Leave, because you put a higher value on democracy and sovereignty than on the exchange rate of the pound.

The demand for more democracy should now be at the centre of the Brexit debate, instead of being sidelined by market-mania. The democratic spirit displayed last June has already been partly dissipated by the Tory government, which – led by Remainer prime minister May and her Remainer chancellor Philip Hammond – has delayed triggering Article 50, declared Brexit to be a private Whitehall affair, and even now is far too focused on the narrow economic details.

Nor is the cause of greater democratic control aided by Mrs May’s insistence that the UK referendum was not a vote against the EU itself. The European Union is a fundamentally anti-democratic body, which, with the willing participation of Europe’s political elites, removes political issues from national debate and entombs them within the unaccountable world of secretive and elitist commissions, committees and summit communiques. That is why any British and European democrat worth their salt should be arguing against the EU, not for some ‘special’ UK status.

No doubt, as analysed elsewhere on spiked, there are serious difficulties facing the UK economy, to do with too-low investment and productivity. The climate of discussion around leaving the EU may well add to the volatility. But Brexit is not the cause of Britain’s economic problems. Nor will Brexit alone provide some sort of magic solution.

The good news, however, is that the uncertainty we are continually warned about is also an opportunity for change: to kickstart the sort of economic revolution we need for the 21st century, and most importantly to ignite and spread the spirit of popular democracy for a freer world. That belongs to all of us, and is not to be bought and sold by the pound by those few experts and elitists who still think they know what is best for the rest.