Now the ERS is attacking democracy

Calls for an inquiry into the referendum undermine the democratic process. 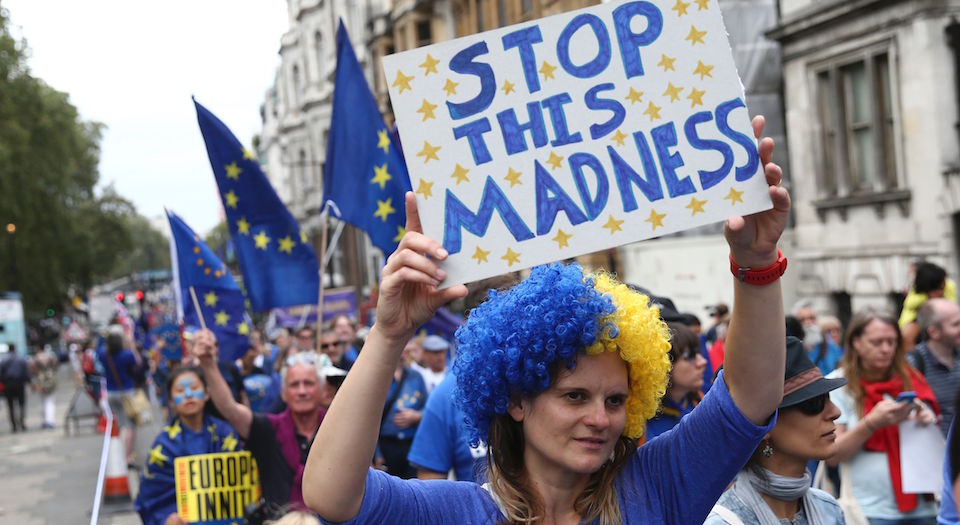 After the uprising of the 17th June
The Secretary of the Writers’ Union
Had leaflets distributed in the Stalinallee
Stating that the people
Had forfeited the confidence of the government
And could win it back only
By redoubled efforts. Would it not be easier
In that case for the government
To dissolve the people
And elect another?

Bertolt Brecht’s poem ‘The Solution’ should be read by all voters post-Brexit – it could have been written about our current political situation. Critics of Britain’s decision to leave the European Union echo the sentiment of the poem: They don’t like the answer that the people gave, so they’d like another people, please.

A recent report published by the Electoral Reform Society (ERS) further expresses this sentiment. Titled ‘It’s Good to Talk: Doing Referendums Differently After the EU Vote’, the report describes itself as a contribution to a ‘national conversation on the role of referendums in British politics’. But in actual fact it’s just another criticism of how the referendum campaigns were run. Despite the ERS presenting itself as neutral for the purposes of the report, its palpable disquiet over the referendum result is clear.

The report details concerns about misleading statements made by campaigners, the lack of time for deliberation and the lack of authoritative independent information during the campaign. It even manages to have a sly dig at the over-65s’ supposed reliance on official Vote Leave sources of information.

The ERS is seemingly so upset by the result that it would like to see a ‘root and branch inquiry’ established to scrutinise the use of referendums in the UK. The inquiry would also be required to consider the ERS’s list of proposals, which range from being undemocratic to being outright Orwellian.

Among other suggestions, the ERS proposes: an official ‘rulebook for campaigners’; citizenship education to be extended in primary and secondary schools; voting rights from the age of 16, alongside a ‘key role for schools in voter registration’. It also proposes the creation of an official website with a ‘minimum data set containing the basic data relevant to the vote in one convenient place’. Furthermore, an ‘official body…should be empowered to intervene when overtly misleading information is disseminated by the official campaigns’.

To advocate the regulation of speech and political discourse in this way, backed by sanctions or otherwise, is a misguided and dangerous step. Punishing politicians for misrepresentation prevents the public from freely debating ideas and deciding for ourselves what is true and what is false.

The ERS wants to create a tyranny of official fact-checkers, deliberately aiming to dampen down public debate. If these proposals go through, the UK would be left with officially approved anodyne facts from the ‘minimum data set’ of some bureaucrat’s imagination, rather than having a robust political culture that allows for the clash of competing visions for the future.

The ERS is not in favour of democracy. Far from it – it has no faith in our ability as an electorate to determine the truth for ourselves. It believes that the public can only make the right decision when we have official guidance. Yes, the ERS champions the laudable aim of encouraging debate. But its bureaucratic suggestions seek to substitute the judgement of officials for that of the people.

The real democratic lessons of the referendum are lost on the ERS. It wilfully disregards the courage of the 17.4million people who ignored the bullying tactics of government, employers and even world leaders pressurising them to vote Remain. It also ignores the democratic spirit of those who voted Remain but who have since stood against multiple and ongoing attempts to overturn the result or frustrate it in practice. Real democracy is allowing the public free and open debate, not calling for a rerun if your side doesn’t win.

David Axe is on the steering committee of Invoke Democracy Now – an umbrella campaign seeking to uphold the democratic mandate to leave the EU.