Tory plans to replace the HRA will only reinforce judicial tyranny. 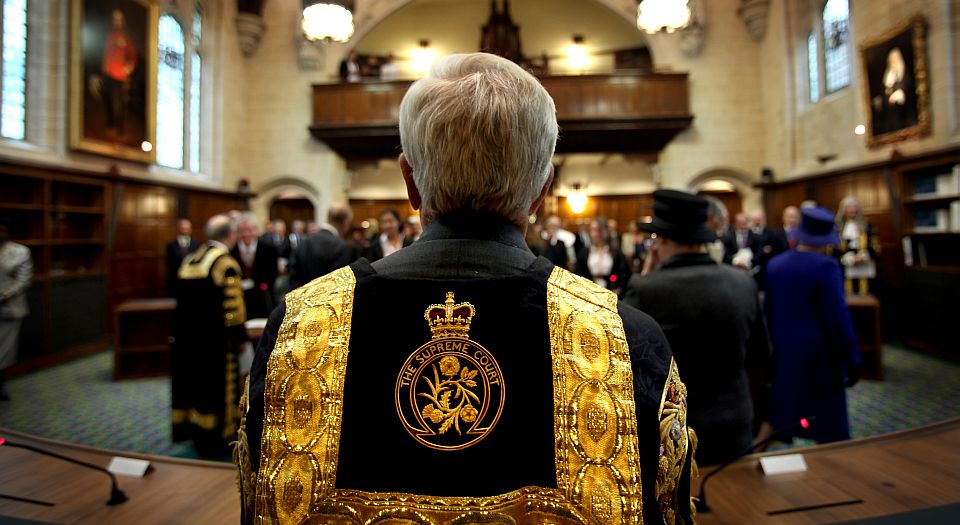 The Human Rights Act (HRA) is wrong for several reasons, but principally because it enables political issues (prisoner enfranchisement, assisted suicide, welfare reform, etc) to be treated as legal ones. In a democracy, political issues should be the sole responsibility of elected representatives who make laws after engaging with the public. Legal issues should be the sole responsibility of judges who give judgements after hearing submissions from lawyers about the law. The big political picture, informed by contested values and beliefs, should be the preserve of politicians; the detail, informed by settled laws, is for judges. Putting it simply, it is for parliament to make the law and judges to interpret and apply it.

In the name of democracy, the HRA should be repealed, not replaced. This would return the UK’s constitution to how it was before October 2000, when the HRA came into force, a time when the UK had a reasonable record, viewed in the historical context, of respecting liberty and democracy. The European Convention on Human Rights (ECHR), which is overseen by the Strasbourg European Court of Human Rights, dates back to 1950. Its impact on politics was negligible for several decades, but the Strasbourg court has now become so meddlesome that the UK should withdraw from it.

It is against these benchmarks, of repealing the HRA without replacement and withdrawing from the ECHR, that the current Tory proposals on human rights should be measured. These are the only reforms that are capable of confining judges to the legal sphere and making it possible for the political sphere to be re-energised with some big-picture, value-led aspirations and policies. However, by the benchmarks of repeal and withdrawal, the Tories’ proposals don’t just fall short – they are actually proposing to re-energise and bolster the human-rights project.

When the Conservatives launched their human-rights policy proposals last October, it was clear that they remained committed to the rights culture. The policy document was called Protecting Human Rights in the UK, and it described the ECHR as ‘an entirely sensible statement of the principles which should underpin any modern democratic nation’. The centrepiece of the Tory proposals was to be a new ‘British Bill of Rights and Responsibilities’ aimed at ‘deliver[ing] a coherent and comprehensive human-rights regime in Britain’. Indeed, this commitment to legislate for rights and responsibilities means that the human-rights culture will probably be extended under the Tory proposals.

The Tory election manifesto pledged that the next Conservative government would ‘scrap the Human Rights Act and introduce a British Bill of Rights’. The key objective of Tory policy on human rights is to ‘break the formal link between British courts and the ECHR’ so as to ‘make our own Supreme Court the ultimate arbiter of human-rights matters in the UK’. It’s the ‘E’ of ECHR that troubles the Tories, rather than the ‘HR’ bit of it. So long as human rights are administered by a court sitting in London, rather than Strasbourg, the Tories’ Eurosceptical demands will have been satisfied.

As for the tweaking of human rights, the October document proposed ‘to seek to limit the reach of human-rights cases to the UK so that British armed forces overseas are not subject to persistent human-rights claims’. The only specific reform mentioned in the manifesto is that the new British Bill of Rights would ‘stop terrorists and other serious foreign criminals who pose a threat to our society from using spurious human-rights arguments to prevent deportation’. And, as if to stress the timidity of the reforms, the manifesto stated that the Tories wanted to ‘restore common sense’ to human rights and that they would ‘remain faithful to the basic principles of human rights, which we signed up to in the original ECHR’.

Broadly speaking, the Tory proposals amount to this: it may become a little harder for British armed forces overseas to be sued; it may become a little easier for any future Abu Qatadas to be deported; and, in the name of common sense, convicted prisoners will not be enfranchised. In reality, what the Tories now call ‘Labour’s Human Rights Act 1998’ – omitting to mention that it was passed with the Tories’ support – will be replaced with the Tories’ British Bill of Rights. What is proposed is an expanded human-rights package that addresses broadly similar rights, with some responsibilities grafted on to them that will be branded with a new nationalistic name.

Given how tarnished human rights have become in recent years, the human-rights lobby might have supported the Tory proposals to rebrand human rights. But it isn’t supporting the Tory proposals. In fact, the human-rights lobby’s response to the Tories’ plan to publish a draft bill within 100 days, with Michael Gove driving it through as the new justice secretary, has been to put itself on a war footing.

The big guns took to the Guardian to warn of the dire implications of human-rights reform: barrister and new Labour MP Keir Starmer was so stirred by the prospect of the HRA repeal that he penned ‘some myth-busting’ arguments in support of the HRA; barrister Philippe Sands warned that the Tories’ plans were ‘clearly untenable’; and commentator Will Hutton claimed the Bill of Rights was ‘code for uninhibited Tory power unchallenged by “foreign” courts’, a desire for power being ‘driven solely by prejudice and low politics’.

The Guardian’s scouts went on reconnaissance missions to Northern Ireland, Scotland and Hull, reporting back that the Tory proposals were doomed to fail. In Scotland, the Scottish National Party (SNP) has threatened to block any change in human-rights law, which is written into the Scottish devolution settlement. In Northern Ireland, it seems unlikely that the Irish government would agree to tweak the human-rights provisions arising from the Good Friday agreement. And, from Hull, the Guardian’s scouts discovered a quote from the Eurosceptic MP David Davis saying that he might oppose his own government on human-rights reform. It is beginning to look as if even an English and Welsh Bill of Rights is unlikely.

Back on the battlefield, Liberty set up a ‘Save our Human Rights Act’ campaign; Amnesty International set up a similarly named version called ‘Save the Human Rights Act’; and the website RightsInfo urged its supporters to ‘get busy’, saying ‘the fight begins now’.

But it was left to Cambridge law lecturer Dr Mark Elliott to unveil the pro-HRA lobby’s big bazooka: the House of Lords. After noting that the Tories were outnumbered three-to-one in the Lords, Elliott peddled the idea that the ‘Human Rights Act is such a fundamental piece of constitutional legislation that it would be constitutionally negligent of the House of Lords — which has increasingly cast itself in the role of guardian of constitutional values — to wave through its repeal’. The launching of this big bazooka would be entirely consistent with Elliott’s notion of a ‘non-majoritarian form of democracy’, with which he hoped to rally the troops on the basis that losing a General Election doesn’t matter because their lordships have the wisdom to realise that the HRA is beyond repeal.

There is something incongruous about the Tory proposals to rebrand human-rights laws and the war-footing response of the human-rights lobby. It’s best understood by recognising the totemic nature of the HRA to the human-rights lobby, in comparison to its absence of popularity outside those elite circles. Most human-rights lobbyists are lawyers, academics and campaigners. But although these people are good at writing newspaper columns, good at tweeting and good at finding legal and undemocratic reasons to block any reform of human-rights laws, they are small in number.

Moreover, the human-rights lobby finds it difficult to connect with popular consciousness. Its project is comparable to the attempts of the Labour opposition in recent years to patronise people by presenting them as in need of state handouts and state support. This project ended in electoral defeat on 7 May. The project of the human-rights lobby is essentially the same, but with a legal twist. The human-rights lobby sees ordinary people as weak and vulnerable and in need of lawyers and campaigners to provide them with a voice.

Keir Starmer captured the essence of the human-rights project when he claimed that ‘the HRA has heralded a new approach to the protection of the most vulnerable in our society, including child victims of trafficking, women subject to domestic and sexual violence, those with disabilities and victims of crime. After many years of struggling to be heard, these individuals now have not only a voice, but a right to be protected.’

As the Labour Party comes to terms with its election defeat, its spokesmen are now discussing how it can connect with the aspirations of working people. Nevertheless, it cannot avoid seeing people as either vulnerable or victims. It’s this mentality that the human-rights lobby similarly cannot shake off because, once people are seen as aspirational, robust and resourceful, they have no need for a human-rights lobbyist to patronise them. Aspirational citizens can take their place in society without the need for people like Starmer – whether in the Labour Party, the legal profession, academia or campaigning groups – either to protect them or give them a voice.

The Tories have far more in common with their critics in the human-rights lobby than either cares to recognise. Both are committed to shackling the political sphere with human-rights laws, overseen by judges and lawyers. We should repeal the HRA, withdraw from the ECHR, and start a proper political conversation about the big-picture issues that could truly engage the people as aspirational, robust and resourceful citizens.

Jon Holbrook is a barrister based in London. He was shortlisted for the Legal Journalism prize at the Halsbury Legal Awards 2014. Follow him on Twitter: @JonHolb. He will be speaking at the spiked event, Magna Carta: 800 Years of Freedom, on 28 May 2015.