Why we should all hail the Redskins

The campaign against the Redskins’ name is an insult to fans. 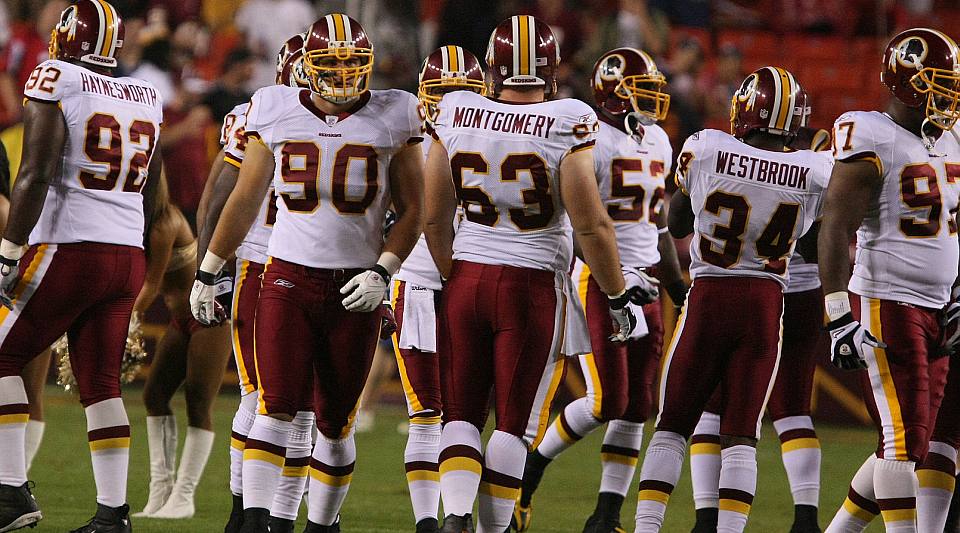 This week the Washington Post editorial board decided that it will no longer use the word ‘Redskins’ when referring to the Washington football team that has used the name for the past 80 years. The team name is a ‘slur’ and offends many, the editors say. The new policy will apply to editorials only, not the news and sports sections of the newspaper.

In doing so, the Washington Post joins a small number of campaigners that seek to force the Redskins owner, Daniel Snyder, and the National Football League (NFL) to change the team’s name. The campaign mainly consists of some Native American groups, Democratic Party politicians, certain sports commentators and assorted liberals. President Obama has also weighed in, saying the team ought to ‘think about changing’ its name. Although small in number, the campaigners are influential and very prominent in the media.

However, the vast majority of Americans – about eight in 10, according to polls – are opposed to changing the team’s name. It even appears that most Native Americans, perhaps up to 90 per cent, are either not bothered by the name or see it as a compliment. A number of Native American high-school teams call themselves the Redskins.

There’s a good reason why most people are against changing the name: common sense. The anti-Redskins campaigners are cut off from the real world. Everyone but a small minority recognise that there is no racist intent or malice behind the name. Fans of the team have used the name with pride since it was introduced in the 1930s.

There is also something really odd and worrying about trying to claim the name is offensive: it seeks to re-write history. A team name that has had entirely positive connotations for decades, which is part of NFL tradition and lore, is now deemed offensive. That means that every time thousands of fans sing the fight song ‘Hail to the Redskins’ after a touchdown, they are supposedly engaging in a racist act. We are all now meant to feel guilty about uttering the innocuous name.

This PC policing of language ignores history and context. To today’s guardians of speech, the word is inherently a slur, no matter the intent or situation. The term has not led to violent attacks on Native Americans, or other forms of abuse or discrimination. In fact, at the moment, Native Americans are widely held in high regard in American society. Although ‘Redskins’ is claimed to be disparaging, the name has had no negative effect on Native Americans.

The Post’s new policy follows the politically correct MSNBC cable news channel, which substitutes the ‘R-word’ for Redskins. This is an obvious attempt to equate Redskins with the ‘N-word’, with the aim of making it equally the subject of public opprobrium. But MSNBC’s approach is an attempt to substitute its own wish for reality: the euphemistic ‘N-word’ is widely used because the actual word is associated with being a term of abuse, which Redskins is not. Furthermore, even the ‘N-word’ highlights the crucial aspect of context, which the PC language police ignore. For example, in the context of rap music the word means one thing; but when used by a white person in an altercation with a black person it means something very different. Similarly, we need to recognise the context in which ‘Redskins’ is used is entirely benign.

The campaign is part of a wider censorious climate in the US. As in other cases, it is assumed that the feelings of offence felt by a group, however small, should trump other people’s freedom to speak and associate freely. But no group has a ‘right’ not to be offended; the campaign is a call for sensitivity dressed up in the terminology of ‘rights’. If this view becomes accepted, it will open the floodgates to new forms of censorship, as anyone with hurt feelings can claim that others must be silenced.

In adopting its new policy of never mentioning ‘Redskins’, the Post editorial board is denying reality. It is as if they hope that by not scribbling down the inherently wicked name, it might all go away. But in doing so, the Post is following the way of contemporary debate today – that is, the attempt to de-legitimise your opponents, rather than engaging in argument. Instead of putting forward the case against the name, the newspaper will simply declare the use of the word outside the bounds of polite society.

This is an attempt to make people concede and renounce the name, for fear of being labelled an insensitive racist. They are hoping to rely on people’s tendency to want to avoid unintentionally giving offence over something that is not offensive in the first place. And it may be working. Former NFL quarterback and football announcer Phil Simms has reportedly said he is considering not using the word ‘Redskins’ during the September 25 CBS broadcast of the Giants-Redskins game. This sets up the possibility of a strange situation: an announcer not being able to refer to the team’s name, when his job is to describe the game to an audience of TV viewers.

Another TV play-by-play commentator, NBC’s Al Michaels, has highlighted the absurdity of censoring broadcasts: ‘What are we supposed to do at a certain point, when, let’s say 90,000 people, after a touchdown are singing “Hail to the Redskins”? Are we supposed to bleep that out?’

The anti-Redskins campaign displays a low opinion of fans, who are deemed to be promoters of a racist slur. It is a crusade driven by an elite desire to impose a particular vision of moral purity upon the masses.