There’s nothing radical about today’s rage against inequality 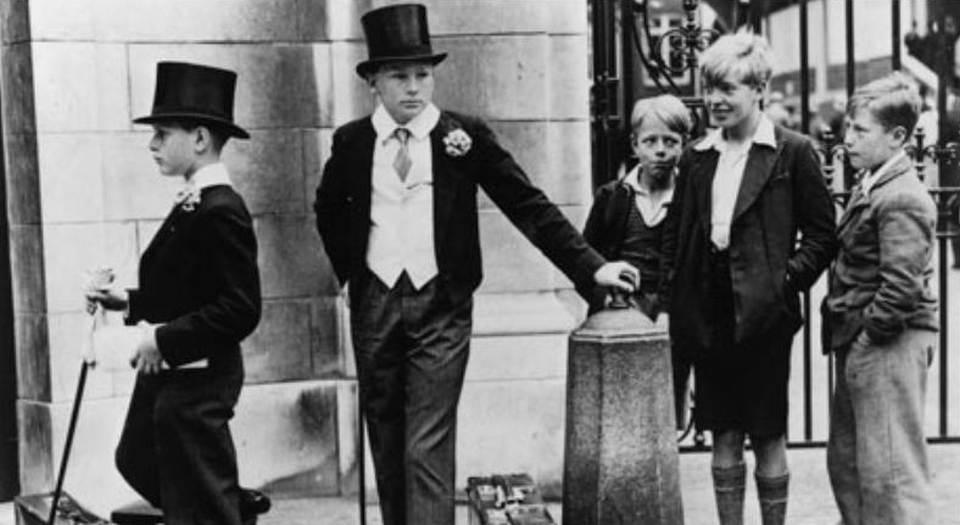 Why is the existence of extreme inequality in Britain treated as headline news? Given that a wide gulf between rich and poor is a characteristic feature of capitalist societies, inequality should not come as a surprise to anyone. A walk or drive around virtually any large city is enough to make it apparent.

Yet Oxfam’s estimate that Britain’s five richest families own more wealth than the poorest 20 per cent of the population seems to have captured the media’s imagination. This follows on from the huge public-relations success of an earlier Oxfam report on global inequality.

Oxfam has simply added a rough calculation of the scale of wealth inequality to the pre-existing discussion. It is probably as good a guess as any, but it is only conjecture. For one thing, the rich do not disclose the extent of their wealth to the public, and in any case the exact amount is constantly fluctuating. The wealthy even employ experts to estimate the changing worth of their portfolios of property, shares, artworks, super yachts, and the like.

Oxfam’s estimates have caught the imagination because they chime with a contemporary obsession among politicians and the media with excessive inequality. This preoccupation is not confined to those loosely identified as on the left, such as US president Barack Obama or Ed Miliband, the UK Labour Party leader.

Those often classified as on the right are just as keen to express concerns about the wide gulf between rich and poor. David Cameron, Britain’s Conservative prime minister, has often warned of the dangers of inequality. For example, in a speech at last year’s Lord Mayor’s Banquet no less, he said that ‘inequality is not just wrong – it fundamentally disadvantages our economy’. (It is ironic that he should have started his speech by addressing: ‘My lord mayor, my late lord mayor, your grace, my lord chancellor, your excellencies, my lords, aldermen, sheriffs, chief commoner, ladies and gentlemen.’). Similarly The Economist, a publication with a reputation for being at the vanguard of free-market thinking, has called for a ‘new progressivism’ to counter excessive inequality and cronyism. In contrast, it is hard to find anyone offering an unabashed conservative defence of inequality and social hierarchy.

There is little difference between left and right on this issue. Indeed, the old labels themselves are redundant. There is a near-universal consensus that extreme inequality is problematic.

The latest Oxfam statement on wealth inequality in Britain is as good a place to start as any in trying to understand this new orthodoxy. On the main points, Oxfam’s outlook corresponds to the mainstream view. Oxfam’s concern is not inequality in itself, but the possibility that it has reached what could be regarded as extreme levels. That is why it focuses on the ‘the potential dangers of inequality’ and the ‘politically and economically dysfunctional level of inequality’ (emphasis added).

Look closely and it even becomes apparent that, despite first impressions, Oxfam is defending inequality in principle: ‘Some degree of inequality is required to reward those with talent, hard-earned skills, and the ambition to innovate and take entrepreneurial risks. And plenty of wealthy people contribute to individual good causes.’ The charity is not arguing for some kind of socialist solution; on the contrary, it says it accepts the existence of economic inequality. This is only to be expected given that the new egalitarianism accepts the premise that there is no alternative to capitalism.

Perhaps more surprising is that even old-style demands for redistribution tend not to feature highly in the current discussion. Oxfam’s concerns are focused more on the dangers of corruption, the rise of food banks, and the risks associated with popular anger.

Since Oxfam is officially a charity, it tends to be guarded about drawing specific policy conclusions. Typically, the new egalitarians favour, among other things, undemocratic restrictions on lobbying and strict regulation of the behaviour of the supposedly revolting masses.

The curbs on smoking provide a good illustration of how the new egalitarians’ fear of extreme inequality easily morphs into restrictions on personal freedom. As the prominent author of an official review on health inequalities, Professor Sir Michael Marmot, argued: ‘In my review, we drew on the evidence of the success of interventions at population level to prevent people from starting smoking and helping them to quit: smoking bans, reducing smuggling, restricting advertising and placement, workplace interventions, group therapy, counselling, self-help materials, nicotine replacement therapy and social support, and abolishing prescription charges for nicotine-replacement therapy.’

A similarly prescriptive approach is typically applied to drinking alcohol, eating, sex and other forms of personal behaviour. An apparently radical egalitarianism is quickly revealed as the motive force for an illiberal assault on personal freedoms.

This still leaves open the question of why it is that new egalitarianism has come to the fore. It is strange that even conservative politicians feel comfortable using language that in the past was typically associated with the left.

This is a big topic, but there are three key points worth noting here. First, criticisms of extreme inequality do not pose a threat to those at the top of society. It is not like earlier times when there were radical movements threatening to expropriate wealth from the rich. In the current intellectual climate, in contrast, the elite critics of extreme inequality gain a degree of popular legitimacy.

The preoccupation with inequality also reflects a prevalent sense of stasis. In a society which views economic progress as unrealistic or deeply problematic, it is easy to slate the yawning gap between rich and poor. A stagnant society may not be able to generate growth, but there are ample opportunities to rail against social divisions.

Finally, the new egalitarianism embodies a deep loathing for the public. It fears extreme inequality precisely because it is seen as creating conditions favourable to errant behaviour.

There is nothing inherently radical about recognising the existence of wide social inequalities. In the hands of the new egalitarians, this observation has become the starting point for curbing prosperity and restricting individual freedoms.